About the Public and Private "Sectors" 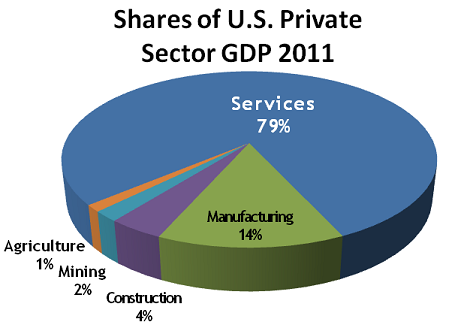 Graphic above not specifically illustrative of the point of this post.
It's just a good pie chart, and we all love π, right?

In this post, coming out of nowhere in particular, I'd like to rail on the use of the terms private and public sector in economic discussions. Maybe this is a waste of time anyway, as calm, rational discussions about economics between numerate people seem to be a thing of the past in this time of Peak Stupidity, anyway. Well, that usage has been bugging me, and that's the post, full speed ahead.

As a Libertarian, I don't like this equating of these two portions of the economy of the nation as just different "sectors" of the pie. In a free market economy, what has been called the private sector IS the economy, period. The government spending is something we put up with for those special tasks, like justice in courts-of-law, military organizations and the like to do things that arguably (by Libertarians) a private organization can't do fairly. It is not something equivalent to the private wealth-creating economy that is the foundation of prosperity.

The Founders of our country had a pretty good handle on this when drawing up that document, the US Constitution. It's not that they specifically specified what would be the tasks of government, though with a rough start "to provide for a common defense" (with Great Britain still an overwhelming power, and Indians all over, that's what they were worried about). There was also a concern for the institution of sound money (haha, how'd that work out?). However, the point of that document, in particular that Bill o' Rights addendum, was to LIMIT the tasks of the Federal Government CREATED by it. Except for the "Federalists"** like your Alexander Hamiltons, who were in favor of signing the document without that limiting Bill of Rights attached, the rest ("anti-Federalists") of the Founders had stated (to paraphrase) "no way am I gonna' sign that shit." (Kudos to 1789 Virginia and New York!)

The graphic above is just here to show the image we have in our minds upon hearing the terms "private sector" or "public sector". The geometrical definition of a sector is The portion of a circle bounded by two radii and the included arc.. OK, it could be a big piece of pie covering more than π radians (180 degrees), but I normally think of a sector as having an acute angle, meaning < 1/2 π radians (90 degrees), like a real slice of π. How about you?

If there were to be a pie chart, in a real economy (non-Socialist, that is) then that private sector should be almost the whole damn pie, with a public sliver so thin as to not even be a color, just a black line with an arrow to it. Would it not be great to live in a country in which we note the public sliver in small fractions of a %. I know some Founding Fathers who not only wanted that, but damn near LIVED IT. It was not a fraction of a %, but with the exception of the War of 1812, and the War of Northern Aggression, about 2 %, +/- 1/2 %, per Figure 2 of this Cato Institution graph, from the signing of the Constitution until the start of American involvement in WWI - > 125 years! Wow, now that was a public sliver!

Rather than use the term sector at all though, let's go back just a step and think again: How are these even equivalent enough to be put on a pie chart? One thing is wealth creation and the other is wealth and economic destruction*. Perhaps we should use terms from the electrical or thermo areas of engineering here, private source and public sink. The private "sources" are where creation of wealth occurs, and the public "sinks" are where the destruction of it occurs. If we get more of the former, we will accumulate wealth, but with more of the latter, we will lose wealth. Do the math engineering, Socialists! 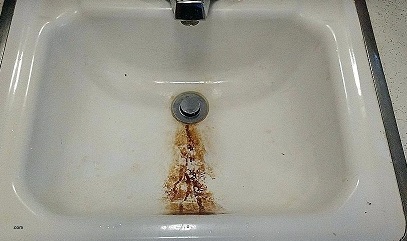 * I'd guess I may have a few public-"sector" readers here. I urge you not to take this personally. Some, even within the big bureaucratic taxpayer-supported organization, try to do a good job at something constructive. It's hard, I know.

** Correction here per commenter Dtbb: There is always confusion in my mind between the "Federalists" and the "anti-Federalists". The Federalists laid out there many good points regarding a plan for a republilc in the Federalist Papers - they did want small government but had too much faith, IMO in the checks and balances specified in the Constitution to thing all those prescribed limitation in the BoR was necessary. That link to "Rebel History" I put in with my correction is pretty simplistic, but quick reading. At least it's not wiki this time.


Moderator
PS: You are quite right, Dtbb. I got the terms backwards. Hamilton was still more of a bigger government guy than the anti-Federalists, but worse, he was in favor of a national bank. That was something that the young republic was able to stave off for 125 years, with special thanks to Andy Jackson ("I killed the bank!")
Dtbb
PS:Maybe I am missing your point but Hamilton was one of the authors of The Federalist Papers. I like your quips about radian measure. Made me smirk. I agree the federal govt. needs to get its fingers out of alot of pies. Not much hope I fear.