Obviously not the Notre Dame, but beautiful nonetheless: 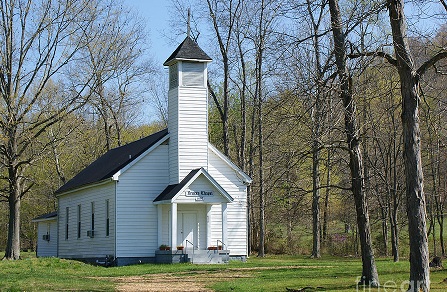 Peak Stupidity briefly mentioned the recent loss of much of the original Notre Dame Cathedral. Though not a big appreciator of art myself, I understand how tragic the loss of this beautiful monument of Western Christianity is, having seen the place inside and out about a year back. Along with that work of art, I'd seen some other amazing churches too, most of them in Germany. Honestly, it was the amount of work involved, accomplished in the days before LinkBelts and SnorkLifts, that was the most impressive part to me.

To add to just one of our many curmdudgeonly posts here, and as a follow-up to Modern Church music is not the Rock of Ages, here are some thoughts on churches themselves, as structures, that is. Just a bit of this is discussed in the last paragraph in a Peak Stupidity post on Unitarians, but it was this article, Modern Churches Are Hideous. After Notre Dame, Let’s Start Building Beautiful Churches Again. that got me going. It's by Matt Walsh on the Daily Wire web site that starts off with an anecdote:

My wife and I once walked into a mall in Kentucky only to discover that it was not a mall, but was actually a megachurch. The building looked in every way like a mall and there was, at the time, no religious paraphernalia on the exterior that would have disabused us of this notion. Once inside the structure, the only thing that gave away the game was a young woman in a neon green T-shirt handing out programs. We accepted one politely and promptly left as soon as she turned away.

Yeah, it was probably a good decision, as, like I wrote (link above), the music probably sucks too. Mr. Walsh than discussed the beauty of the old churches and the importance of that, along with the difference in that those old churches stand out in the skyline or above a whole town, rather than blending in with the nail salons and title loan joints in a strip mall.


Also not the Notre Dame, and un-churchworthy, IMO:

Is it a church or a rehab center for wealthy drug offenders? I guess we are meant to remain in the dark — and the sermons offered at these places rarely clarify matters. The modern church experience is designed so that you might actually walk into the place, sit through a whole service, and never be quite sure that you attended church at all.

I should play the Devil's Advocate here (a perfect use of this idiom, don't you think?) and put in a few points for the little metal "Butler" building with the $2,000 fiberglass steeples* set behind the Best Buy. Listen, not every congregation has the cash to build its own Notre Dame, even with LinkBelts and SnorkLifts, or even a really solid red-brick building. Churches may be in phases of growth and not ready to commit to the long-term location. When it comes down to it, ... wherever 2 or more are gathered in His name... can be a church, even, say, a Home Depot tool shed in the backyard. They're surprisingly roomy, and services can be done with or without the wheelbarrows, used motor-oil bins and riding mower, depending on how the one guy building committee votes that day. 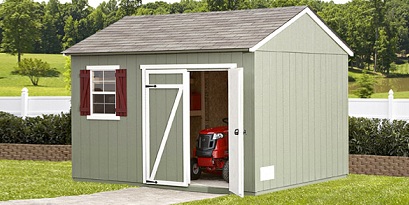 Even so, to focus on the non-urban churches, where more of religious people reside, in general, how DOES it feel to worship in that strip mall? All the parishioners are going to drive in anyway, these days, so why not put up a nice old-fashioned wood structure, such as the one pictured up top? I am really partial to those kinds. They were everywhere out in the country when I grew up, built usually as a rectangle with two tiny bathroom wings, Men's and Ladies, with a small kitchen at the back, and the sanctuary being the remaining part of the rectangle. Sure, sure, splurge a little and buy yourselves that $2,000 fiberglass steeple*, but I'm not gonna be the pressure-washing committee. Storage can be in the basement, crawl space, or that Home Depot former micro-church in the back.

Lastly, just before that last excerpt from Matt Walsh's nice short article, he mentioned the naming conventions of these modern churches. That strikes a chord with Peak Stupidity additionally, and is right in our wheelhouse with the humor and curmudeonry. Mr. Walsh throws out "Crosspoint" or "New Horizons" or some such thing. Those do sound familiar vs. the once-familiar "New Covenant", "Live Oak Baptist" and more Catholicky "St. Peter's/Matthew's/Mark's/Luke's/John's", "Lady of the Incarnation", "Blessed Sacrament of the Holy Spirit, Northeast Branch" or the "Church of the Sacred Bleeding Heart of Jesus located somewhere in Los Angeles California ..."

Sorry, I couldn't help myself on that one, being a fairly big Stones fan back in the day when this came out, once in a while, on the colored radio station, off the album Some Girls:

It's The Girl with the Faraway Eyes, Mick Jagger's attempt to parody American 1970's country music, which completely backfired, as it's my 4th favorite** song off of that album.***

** You know, it seems like, in that day, blasphemous songs like The Girl with the Faraway Eyes could be sung, religion could be made fun of (ALL TYPES), yet those who believed would at least be left alone about it. Co-Exist, as they say.

*** That's after Respectable, which REALLY rocks, Before They Make Me Run, and When the Whip Comes Down.

Moderator
PS: To Ganderson. Nah, you can't put images, links, or anything but text in this comment section. As much as I've ragged on Ron Unz once or twice about his "I can't keep arguing with stupid people - I'm too busy working on my very important software", his site has great usability and is very solid too.
Moderator
PS: I just looked at it, Ganderson. Yes, that's the kind I like - a lot of country Southern ones are not quite that tall and solid looking, but they would suffice and didn't look like an Ace hardware with a welded on steeple.
Moderator
PS: That sounds pretty cool, Dtbb, While the bride is getting gussied up, the groom can try for a grouper or 2. It's less cheesy than the Las Vegas chapels are, at least.
Ganderson
PS This very simple, but beautiful church was built in the late 19th century by a bunch of Swedish immigrants, including my grandfather. It’s in Little Sauk, Todd County, MN

(Sorry, can’t seem to paste the photo!)
https://images.app.goo.gl/eBnHmc2wb4e6xXXP7
Dtbb
PS: We have wedding chapel boats here in FL. Some are very nice. I will never forget forget the first time I saw one go by while fishing.