Hedonics in the Current Era of Cheap China-made Crap

The Peak Stupidity blog got a little bored with this economic stuff after a week ago Saturday, when we last posted about the concept of Hedonics, as used as a correction for inflation stats by the US Gov't. This is the meat of the problem though, here. It's the lack of proper corrections for the Cheap China-made Crap that I believe is the biggest factor in the official inflation rate not representing reality.


You'd think a cutie like this would have a boyfriend generous enough to buy her a new pair of jeans: 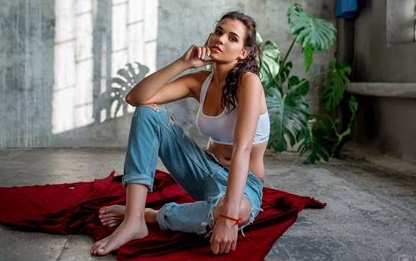 OK, the jeans above may be a bad example. They may even be made in America, as rips and tears of that kind of quality are something the Chinese textile industry may not be capable of, at least on purpose. I can imagine a Chinese Q/A lady inspecting the newest shipment of these jeans, as they are headed into a 53' "high-cube" shipping container for a trip to San Francisco. She gets on the blower: "OK, corporate Americans at buffet/strip club. Please keep them 2 more hour. Machine must setting wrong again. We get container out the back before American boss, no prolem!"

In all seriousness now, what about the consumer junk that doesn't last as lots of American stuff used to? If I have to buy both derailleurs and get new shifter and brake cables every 3 years for my bicycle, when the parts on the old American-built bike lasted forever, is that accounted for by the Bureau of Labor Statistics? Yes, I got the bike for the same price or cheaper. Over the same lifetime, it may cost 3 X as much as that after all the replacement parts (not even counting my labor).

I CANNOT GET a bike anywhere in this whole range of products that's made in America, even if I wanted to. If I could, then is that one now a "luxury" model that will not be compared to a 1990 American-made bike in inflation calculations, but compared to an older luxury model instead? Qualilty is a luxury now, you see. For basic consumer products, like the clothing that the BLS specifically put on their website (see that last post on this subject), quality has just gone way down. The shirts at Target won't last long compared to 15 years back, and blue jeans, speaking of them, will inadvertently look like those on the holey model up above a lot quicker, which is only good if that's the look you're going for and you can't afford those pre-trashed ones.

Should the BLS green-eyeshade boys get their AA bosses to implement a new hedonics-adjustment policy to account for the Cheap China-made Crap of The Current Year? That could be done. They seem to know some math over there. I don't think the real muckety-mucks WANT it done, though. Remember, if the official inflation rate goes up, so do the SS checks and Feral Gov't cost-of-living increases. Worse yet, the FED would be pressured to let interest rates rise ... causing a shitshow that'll make you glad to be able to have those jeans up top just to keep warm ... maybe with the girl too!!

Moderator
PS: It's not you, it's THEM, Ace. I get the same "quality" brand, Levis, that I've gotten for a long time. They are not nearly as tough, and the knees go quickly, along with that small change pocket inside the right-front pocket. It's a good thing cut-off jeans may be making a comeback .. from some college girls I've seen around.
Ace006
PSMaybe it's just me but it seems that any jeans I buy now wear out at the knees in a flash. I do look for low price so the riposte might fairly be that I get what I pay for but I did the same in prior decades and I don't remember the wear problem I see now.