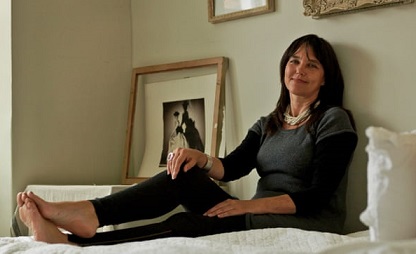 It's time to revisit the stupidity of Feminism, as it's been a while, and this post has been on the back burner for a while. Peak Stupidity's 3rd post on feminism, It's Not Nice to Fool Mother Nature, already discussed the strict age limitations that Mother Nature has built into human females, with some more details that the reader may very well want to skip, in Feminism 102 - Mother Nature expresses herself monthly.

For this post on the regrets and emotional pain of childless women, I'd first like to point out that those who are truly involuntary childless, or are not complaining are, of course, excepted from our accusations of stupidity. Regarding the former, there are medical problems that effect a small percentage of woman, almost all not the fault of said woman (or husband for that matter). Of these, some can't conceive, and others can't carry babies to term - multiple miscarriages can be very hard. Some problems are due to genetics, in which a wise decision may be to not even try, as the chances of a miserable life with a deformed or otherwise non-normal child are just too great to take.

Regarding the latter, though it could be considered an obligation to society for a woman to make babies, I don't have any problem with a choice made wisely with no complaints later on. The problem is that young women are not very often wise, yet Nature says the young women should make babies.

The article that I'll basically "fisk"* here, ‘The clock was ticking, and I didn’t realise that it had probably stopped for me’: One woman's story of childlessness in a 'mummy-mad' world, tries to convince us that most women without children are in that position due to no fault of their own. It is "not-by-choise childlessness", a large fib, which is the norm now in the Lyin' Press. (Long-ass article titles and bad spelling because "British" seem to be the norm too.)

Jody Day can remember the day her world fell in. She was ‘44 and a half’, divorced and her five-year relationship had just ended in a ‘horrendous, stormy break-up’.

At that moment she knew conclusively she would never be a mother. The emotion was like a bereavement.

‘I’m amazed I managed to keep my fantasy going as long as I did,’ Jody says. ‘But even in my denial I realised: “That’s it. If I met someone else tomorrow, we’d need to know each other at least a year before we could even consider IVF. I’m too old. It’s done.”’

I'll give her credit for that last part - it is indeed hard to conceive, carry a baby to term, and deliver, at that age. However, by "at that moment" she meant that she obviously had not realized that she was even near this point a decade ago, in her mid-30's, when it was already time to put up or shut up. That's 10 years of denial and stupidity. Mother Nature is just not forgiving like her Psychology Professor was. Who knew? Her Mom, OK, Mum, I mean, may have known, and maybe even told her, a time or thousand, but who listens to Mum, when you're a hard-charging womyn breaking the glass ceilings?

Six years after that momentous day, Jody, 51, has a life full of friendship and fulfilling work. She retrained as a psychotherapist and set up the Gateway Women group to support and empower women aged 35 and over who are either still living in hope of becoming mothers or coming to terms with the knowledge they never will.

And now she is publishing a book of advice, Living the Life Unexpected: 12 Weeks to Your Plan B for a Meaningful and Fulfilling Future Without Children.

More power to her, seriously. However, I think an even more important book to write might be an advice book to young women instead, urging them to give some thought to how things may turn out. They may not have to get into Jody Day's situation at all. Of course, the book would be called "conservative" and "archaic", hindering sales in the modern UK. Still, it sounds like Miss Day is doing this for "fulfillment" so reaching even one young woman and helping her not to "feel her (Miss Day's) pain" at all should be cause enough and worth those insults of "conservatism" and archaic". Right? You may be better off working out Plan A better, before you revert immediately to Plan B.

Childlessness is a huge issue in the UK. Data released by the Office for National Statistics reveals that one in five women born in the 1960s has turned 45 without having children, a rate nearly double that of their mothers.

Only once before has the UK childlessness rate reached one in five – in the 1920s, a decade overshadowed by war and economic slump.

Of course, women born in the 60s have had far more freedom of opportunity: going to university in hitherto unprecedented numbers, having fulfilling careers, choosing cohabitation over marriage, taking on mortgages. Not everyone wants to be a parent.

See, now there's your problem. These choices are, to be nice about it, unsound. You CHOSE that "fulfilling" (apparently not fulfilling enough) career, you CHOSE cohabitation over marriage, and you CHOSE to take out a mortgage. (Oh, I know, you want a "take-charge" guy, but for most that doesn't mean taking all the charges.) All of these decisions are ones that make motherhood more difficult to attain.

But, of the 1.5 million women in the UK in their 40s and 50s that Jody estimates are childless, she says that only ten per cent are so by choice.

Another ten per cent are childless for medical or infertility reasons. That leaves 80 per cent who have ended up ‘childless by circumstance’, she says, borrowing a phrase from new research by Professor Renske Keizer of Erasmus University Rotterdam.

There's the big lie, in bold. These 80 percent MADE their erroneous choices. They are absolutely childless by choice, usually by lots of stupid choices.

Many in the 45-plus cohort of women (and I include myself here) will say they didn’t consciously choose not to have children, it just crept up on them. Jody calls it ‘the non-decision that becomes a decision’.

I'll just have to quote Rush on this one, the Canadian Rock band, not the Conservative radio host: "If you choose not to decide, you still have made a choice."


So are we too picky? Obsessed with our careers? Jody argues that there is no single reason, ‘but one of the biggest is not meeting a partner, or not meeting one in time,’ she says.

‘Or your partner not wanting children, or not wanting more children. A lot of women spend their 30s going through unpromising relationships.’

Too picky for the wrong qualities and not picky enough for the right qualities, that's how I see it. A decent-looking woman CAN be picky in her flowering youth - that's Mother's Nature's way of showing the men (in their unconsciouses, that is) that she is fertile. It is the time to be picky, but to pick wisely. Most don't. Jody Day didn't, and the rest of the article is just a sad story of her bad choices. The clock was ticking. Mother Nature narrows down these choices drastically as the woman's body fades out from it's glory in short order.

It's too depressing to fisk the rest of her story, and I can't say I feel sorry for her either. Almost all of these women, due to the great influence of the feminist stupidity in modern society, are the ones that blow off the good guys. I put myself in that category, so I feel justified in saying "tough luck, toots."

Unfortunately, it's been proving tough luck for society too, as the Western women lose out to the fertility of the women of the immigration-invasion.

Depressing as this all is, here is Rush with their antidote:

*The term "fisking" is an old blogger's term, explained in the 3rd paragraph of A Visual Fisking of Cortez the Killer

Moderator
PS: I had to look that up, Mr. Ganderson. Bob and Doug MacKenzie, eh?
Ganderson
PS "10 bucks is 10 bucks, eh?"