Putting the Peter in Peter, Paul, and Mary

This post is a week-old story now, but what does it matter when the event happened just under 50 years ago, and the Orwellian modern-day Red Guards of the ctrl-left go back that far for cultural investigations? The trio here, Peter, Paul and Mary, of 1960's fame, wrote and sang some great folk songs at the height of the folk-music revival. 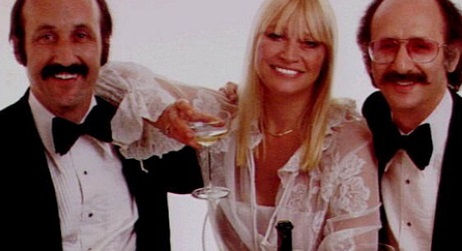 Per Fox News here, Peter Yarrow, who is still hammering in evening with that folk music at 81 years old, was disinvited from the Colorscape Chenango Arts Festival by this arts festival's board president, one Melissa DeCordova. The festival is held in upstate New York, somewhere near Binghamton (just N. of Penn.). This is upstate New York, mind you, where the kind of stuff that went on for a few days in the late 1960's could have a million people marked for investigation, and for a lot worse than young Mr. Yarrow showing up at the hotel room door to sign autographs with no clothes on.

It is not even clear if the guy meant to show his magic dragon to a 14 y/o girl and her 17 y/o sister in 1970. He sure never asked the girl to puff on it ... Anyway, a jury must have thought he was up to no good, as he was sentenced to 3 months jail time, though subsequently pardoned by President Jimmy Carter at the end of his term in 1981*.

Now, coming right up on 5 decades later, this Mary DeCordova (translation "of the Cordova, with fine Corinthian leather") seems to think that Mr. Yarrow should pay for his mistake now. It sounds like she wasn't a big fan of Mr. Yarrow, or she would have known about the incident and kept it simple by not inviting him in the first place, were she really worried. Sure, you know an 81 year-old folk singer may just pull it out before, during, or after the show - when all you have is a hammer, even in the morning ... everything looks like ...

This is how it works now, though - you just read this stuff, and it ought to awaken you to the reality of Peak Stupidity:

"When booking this artist we were not aware of news stories about an incident involving Yarrow in 1970."

I don't know. Maybe the board had a musician friend they wanted to get up on stage and used this 49 year-ago incident as an excuse. Still, the fact that this is taken seriously means we are pretty far gone. Everyone is fair game, when stuff from that distant in your past can be used to culturally revolutionize the living shit out of you. It's possible that Mr. Yarrow may be having second thoughts about his 5-decade-ago support for the 1960's cultural revolution. Peter, his peter, Paul, and Mary, along with the thousands of other great musical artists and acts of the 1960's were part of a movement that drastically changed American society, and the long-term consequences are the hard-core ctrl-left of today that apparently take their cues from Chairman Mao.


* First of all, I don't get that - if he had served his sentence, what was the pardon for 10 years later? That notwithstanding, weren't American politicians much more small time in a good way back in Jimmy's time? Since the Clintons, the deal has been to pardon anyone you can as a reward for shutting one's mouth and that sort of thing. What a more innocent time it was!