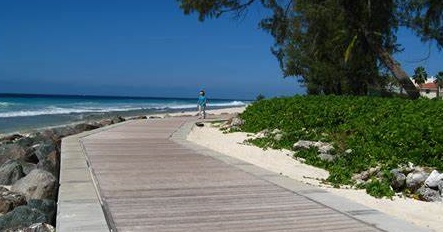 We've let the Global Climate Stupidity topic fall by the wayside lately here at Peak Stupidity, as our focus has been on different flavors. We are trying to multitask here, but, damn ... things are ... getting too .... stupid ... Scotty do you have my ... coordinates .... aaaarghhh ... it's not rocket science, Scotty ... beam me up ....

I would think that the issue would have heated up since the summer solstice or even earlier, and we usually read less about Global Climate DisruptionTM, as the issue cools down in the fall. (The reverse is unexpectedly observed in the Southern Hemisphere, maybe because it's in Spanish and Portuguese and the Coriolis effect and all ...?)

Anyway, this post is not specifically about this sensitive topic either, but just the same refusal to open one's mind to look outside the current narrative by scientists often just as much as the rest of us. This one is about a trip a few years ago that I made with some scientists. They were marine biologists and, seeing as I always wanted to pretend I was a marine biologist, and, more importantly, I really like the beach, I went along. No, biology is not a hard science like Physics and Chemistry. There isn't the seriously hard math involved, but they do study the natural world and do experiments so, yeah, it's science. I knew 2 out of the 3 guys, and they were good people.

Since these people were basically my customers, in a sense, I did not really want to get into arguments over, let's say, their Global Climate DisruptionTM worries. Therefore, I think I just made one remark, when they brought it up, to make sure they knew I was not onboard and may want to stifle the rhetoric a bit.

We walked out to the beach on a low boardwalk. It was just a set of those foot-off-the-ground walks to keep one's feet out of the hot sand and possibly keep out of the sand spurs, which suck just as much as the polar ice caps. These were new boardwalks made out of those recycled plastic planks. I like the idea of re-using stuff, as we move toward sustainable stupidity. Really, those are a great idea, provided one thing though - they don't degrade like mofo's in the direct sunlight. This was at the beach, as I may have already written, so there were no trees around, and the 75 degrees-in-altitude* sun beat fiercely upon these "green" planks on the boardwalk.

Plastic does not like sunlight, especially certain types, and more so when unpainted. How long will those planks last before they start breaking into little pieces of litter into the otherwise pristine beach ecosystem? Yes, the wood planks have problems too. It's the splinters first. Then, as some top portions splinter off, the resulting pits accumulate water, causing quicker rotting rates, and so on. However, as they rot out, all that goes into the environment is simply organic matter - ashes to ashes, dust to dust. Nobody can argue against organic matter. The plastic is not so benign, once it does break apart. The next thing you know they'll be a big push for mitigation of the sand all over the place to get the plastic out. Can we do some thinking ahead? It's one thing to use this stuff for playgrounds and park benches that are in more shade, but at the beach?

Hey, I do get that these new, "green" planks may be more workable in the short term. Maybe they can be replaced before they disintegrate much, but then the same could be said for wood, and that obviously costs more than waiting until your feet punch though into the sand. Maybe the plastic will last longer, but when I brought up this aspect of these green plastic boards, I didn't get much thinking out of these scientists - Green is Good, mmmkaaay?

*You can't pin down my location by that one bit, doxers! After all, without knowing longitude (Part 2), you ain't got squat. Plus, I didn't say whether the sun was high in the south or north, so you don't even know which hemisphere I was hanging out in. Screw you - learn some geography bitches!

Moderator
PS: Even with some skin in the game, it sounds like your HOA people are spending other people's money unwisely, Bill. It's still not quite the same as spending one's own money along. I'm glad I'm not involved with an HOA.
BernCar
PS: Bill, your board of directors should run for national political office--not capital improvements, "enhanced maintenance". Dickheads playing word games to screw the people they're supposed to serve. Yep, sounds like they have promising careers ahead of them in politics.
Bill H
PS An, oh yes, we are still having to do annual inspection and termite treatments, because only the siding was replaced with plastic. The structures of the buildings and all of the interiors are still wood and are still vulnerable to termites.

We can't do a special assessment to restore the reserve or to do any of the needed work, either, because having just coughed up $7000 for the siding homeowners will not tolerate another assessment now.
Bill H
PS Not really pertinent, but this anecdote may illustrate the declining intelligence of the American population.

I live in a townhouse complex, basically single family houses built in groups of three to five, 1800-3300 sqft, and currently selling at $580,000 and up. Exteriors, grounds and common areas are maintained by the HOA.

Monthly fees are too low, and homeowners resist raising them because doing so supposedly makes the homes harder to sell. As a result the reserve fund is dangerously low, which actually does make it hard to sell to an intelligent buyer. Due to inadequate funds, we also do not keep up with ongoing termite damage to wood siding, and did not paint the wood siding for more than twenty years.

So the BofD cooked up a plan to replace all of the wood siding with this plastic of which you speak, saying to the homeowners that doing so would mean "we'll never have to replace the siding again." Never mind that the existing wood siding was failing only because we had not done basic maintenance on it for two decades.

So they did a lot of lying and got 52 votes out of 145 homeowners and said that was enough to pass the measure to assess $7000 per homeowner and spend $1.3 million on replacing all of the wood siding, including that which did not need replacing. (43 homeowners did not vote, so that gave them a majority of homeowners voting, despite the fact that the bylaws require a majority of all homeowners for capital improvements. They claimed this was not a capital improvement, but was merely "enhanced maintenance.")

So now we have all this shiny new wood siding. Predictably, about 65% of the exterior wall area which is stucco and was last painted more than two decades ago when the wood siding was, now looks like absolute shit in contrast with the new plastic siding. Additionally, several driveways are cracking due to tree roots, and the streets are in need of crack repairs and seal coating, the latter of which is not three years overdue. Unfortunately, the reserve has been depleted to nearly zero, and there are no funds to do any on that needed work.

As icing on that cake, we have some 30 acres of exterior slopes, which the states requires that we clear of brush and combustible material annually. We received three bids to perform the work, and do not have sufficient money to afford the lowest bid. But we have this lovely new siding.