It will come to blood. 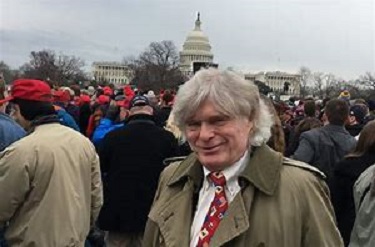 Peter Brimelow, chief of VDare.com, has said this a number of times, going back years, about the trouble coming due to the extreme immigration stupidity that America has been operating under for 5 decades now. Just after the Donald Trump Presidential inauguration in '17, which Mr. Brimelow attended (as his first inauguration since ole Ronnie in 1981), he wrote "It Will Come To Blood"—Reflections On The Left's Anti-Trump Inauguration Tantrum. In that article he described the tremendous amount of police-state security designed to keep the ctrl-left under some semblance of control.

Things have not got any calmer since then, the ctrl-left has only pushed harder against a guy (Trump) who is not anything close to the able, conservative, can-do executive that patriotic conservative Americans expected, and these conservative Americans are getting more and more frustrated with both Trump and the out-of-ctrl-left. "There's battle lines being drawn" is what Peak Stupidity has been saying, from a line in an old Buffalo Springfield song of a different era of troubles. ( Part 1, Part 2, Part 3, Part 4, Part 5, and Part 6)

Our enemy in what the alt-right and conservatives have been calling the Cold Civil War has started to draw blood now. They are extremely confident. They have every right to be, if American conservatives keep playing whiffle ball as the ctrl plays hard ball. 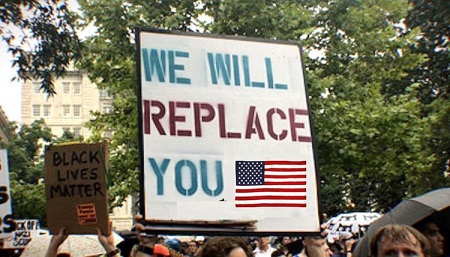 Just yesterday, James Kirkpatrick of VDare wrote an article that really sums up what is going on, called Generic American Party Vs. Great Replacement Party: Now An Irrepressible Conflict—With Or Without Trump. All I have to say for the rest of today is please, READ! THIS! ARTICLE!.

Moderator
PS: Even during the Revolution times, the people were all the same people basically. One could hate the lobsterbacks, the British soldiers themselves, for what the King ordered them to do, but it was pretty much the same regular people on both sides. Now, there is just nothing in common. How did it get this bad so quickly?
BernCar
PS: I can't remember in my lifetime a schism between political antagonists that involved such diametrically opposed views of what this country should be. It can be argued that even during the 1850's with the incendiary issue of slavery, even then, both sides shared a common vision of the essence of America. I would say that the Revolutionary War, our first civil war some would say, might be a precedent for our current political environment.