That'd be Colonel Sanders vs. General Tso. A commenter on unz a few days ago added some humor to my oft-mentioned (not on PS) comments about these 2 well-known chicken-sellers. He suggested an epic rap battle in the spirit of one of the few I've seen, the econ-rapping of Free-market Libertarian Fred Hayek vs. Keynesian John Maynard Keynes (I hate rap, but it's pretty fun and even educational for some.)

Peak Stupidity doesn't do rap, but, in the spirit of Shark Fest week, we'd still like to have a contest between these 2 high-ranking chicken officers. The odd thing is, per the Biblical quote from Jesus, that a prophet has no honor in his home land, the Kentucky Colonel Sanders is well known in China* just as that face on the KFC signs and maybe some of the food wrappers. Then, though the Chinese may know very well the history of General Tso, they would never have heard of the chicken dish attributed to him in America in places that sell Americanized (extra salty and sweet) Chinese food. 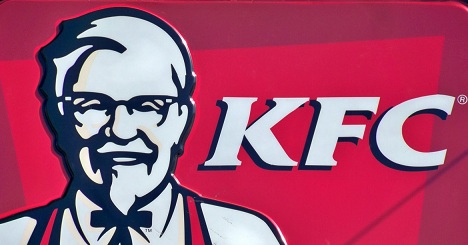 This man was a "Kentucky Colonel", an appellation given to men of note and accomplishment in that Commonwealth (that's what it's called vs. a "State") Harland Sanders did not command a division or battalion of soldiers, though he did spend 6 months in the US Army, driving wagons in Cuba. His background included dozens of jobs, fights with law clients, and shootings, before he developed his pressure-cooked chicken recipes and then built up his Kentucky Fried Chicken franchise, as documented on this Wiki page. 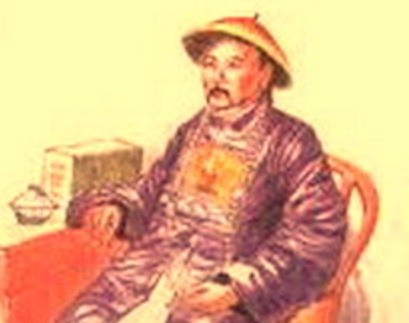 (Our apologies for the image - damn cheap Japanese cameras.)

General Zuo (Tso), from the Commonwealth, no, Province of Hunan, was a famous General instrumental in the Qing dynasty's winning of a huge war to put down the mid-19th-century Taiping Rebellion. This war was so huge, with dozens of millions killed, and the Taiping folks so interesting, that it deserves a Peak Stupidity post to come. Mr. Zuo's background was spotty in it's own right, as he failed the exam to attend the Imperial Academy 7 times, before changing his direction in life. It is thought that he is not likely to have had time, between fighting and running provinces, to cook a whole lot of chicken, much less a bucketful. 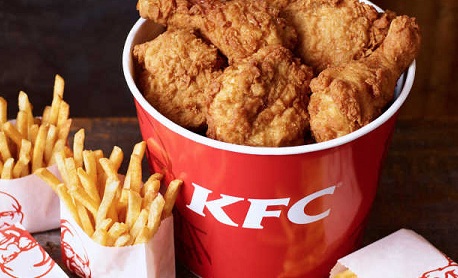 After fattening up Americans for 7 to 8 decades running (depending on where you live), Kentucky Fried Chicken is working on fattening up the Chinese peasants a bit. The chicken tastes the same, but you may want to hold on some of the sides. It's not only differing tastes requiring tweaks to the recipes, but perhaps some cheap unauthorized ingredients that make finger lickin' a really bad idea. However the late Colonel (he died almost 40 years back) is kicking ass in the Middle Kingdom. 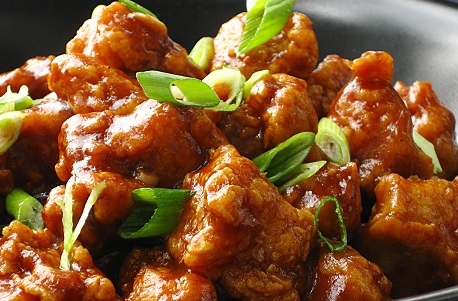 (No, Communist Central Government, we're absolutely NOT changing it to General Zuo's chicken. It's bad enough about freaking Peking!)

Like every "Chinese" dish one can get at the $10.99 buffet, there's gotta be some cheap chicken in it to make the numbers pencil out under the table. Next time you go, check how many of the dishes involve chicken. This one doesn't have the kick of your Kung Pao, but it must be something special what with the name of the famous General Zuo Zongtang of the Qing Dynasty behind it, oh and the extra MSG.

At this point, the Peak Stupidity judges have called it. It's Colonel Sanders by a drumstick! More Chinamen (and women!) know this Colonel Sanders, than Americans know of General Tso, much less the tremendous Taiping Rebellion/War, for that matter. Granted, most of the Chinese who see Colonel Sanders up on that sign reckon this was the man that led the American All Volunteer Group in flying materiel to Generalissimo Chiang Kai Shek over the hump, or possibly the guy that ordered the atom bombs to be dropped on Tokyo. That is, if they even know who won WWII.

Oh, and then there's the spices and the side orders. KFC for the win! Chickenfest is over for the season.

* McDonalds and Kentucky Fried Chicken, AKA KFC, have made the most inroads in the Chinese fast food business. They seem to be everywhere over there - I've seen nary a Burger King, Carl's Junior/Hardees, and damn if the Chinese would ever get the In-and-Out B urge r joke, so why bother? They get the urge, I'm sure, but not the burger.

** Song written by 1970's heartthrob artist Barry Manilow - I shit you not.

Jimbo
PS: On the Taiping Rebellion:

https://www.patheos.com/blogs/daylightatheism/2018/08/the-taiping-rebellion/
Moderator
PS: LOL to BernCar. Ganderson, I kinda wonder when stuff stays crispy and un-rotten after 2 weeks whether there is something more I should know, health wise ...
Ganderson
PS General Tso’s is only good at the restaurant- it looses its crispness by the time you get it home. Advantage, the Colonel.
BernCar
PS: Bellies, get ready to ... Rummm-ble!