The tourist dollar and funny money 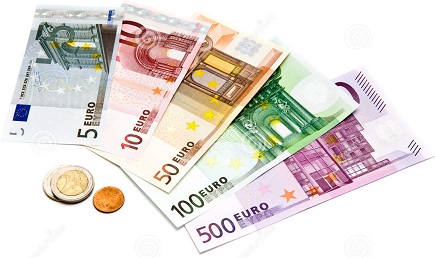 I've lived in parts of the country before that are attractive to tourists. There may or may not be a lot more the local economy, but the "tourist dollar" is seems desired by local government and business as easy money. It's true - no real "industry" has to occur, with available resources, a skilled workforce, cheap power or cooling water, etc. You just have to serve lots of food at marked-up prices, have lots of hotel rooms, and make room for double-decker and amphibious buses (usually not the same ones) full of Chinese people*.

The world over wants to make itself full of tourist attractions vs. having real industry creating wealth, simply, well, in the words of Bizarro-era JFK, "we choose to do so, not because it's hard, but because it's easy!" There is an economic point to made that the world can't run just on people showing other people around, just as with people serving each other burgers and expresso, as discussed a bit in long-ago post "Thoughts from the coffee shop ...". Someone's got to create wealth, but this economic stuff can really mess with one's head, if you get into it much, and I'll leave a post on that for another time.

The point here is about the spending habits of tourists. I've been there, and we've mostly all been there. You're over in London or Rome, Shanghai or Santiago, and you've budgeted some extra money to make the trip enjoyable and memorable. One thing most people don't want to do is spend a majority of the time comparing prices and trying to get the best deal on the lodging, transportation, and souvenirs, oh, other than those Chinese "tourists" at the outlet malls. I've been there (no, not the outlet malls so much) a few times, realizing later that, yeah, I know the best way to stay in this foreign city, but I'm on the way home and may never come back. Leave that work for the people that write the Lonely Planet guidebooks and that. It's time to let go, and add it all up when you get home to help plan for the next one.

Therefore, you're bound to be a spendthrift while on vacation, especially on foreign trips. The tourist cities know that, as that's how they come up with the big bucks. Historic Charleston, S. Carolina won't make as much money off foreigners from New York than off of honest-to-God foreigners from London or Shanghai.

There's another reason though, that I thought about just recently. It's the funny money. When you go to Europe for example, you may know the exchange rate to the penny** and be keeping up with it during your two-week vacation. It doesn't matter though, when you get a bundle of that colorful, different-sized*** funny money. You tend to think of it as you do Monopoly money. "Well we got this wad of this money stuff, we need to use it while we're here, and I don't feel like thinking much about it." You may even do the conversion in your head every time you consider or make a purchase. Still, it's this funny stuff, and it just doesn't FEEL like money. (As if the US Dollar, represented by pieces of green paper, IS!)

"Here I can't read this coins with the fine print - take a few of them. Yeah, OK, so it's 2 purple papers and 1 orange one - here" Is this possibly how the Federal Reserve Board member feel?

* I did have some experience with a Chinese tour here in America that, though purportedly to see the sights, just took everyone to a couple of outlet malls for shopping ... a three hour tour ♪♫♬ ...

** Speaking of that, if they're not getting tight with the giving out of visas, now would be a good time to tour China, with the exchange rate being 7 Yuan to a US Dollar, about 8-12% more favorable than it's been through the last decade.

*** It's a good feature for the blind, don't get me wrong, but those different-sized bills piss me off, as they always get away from each other when folded up in my pocket. They are asking to get dropped on the ground.

Moderator
PS: Sorry for the late reply, too, Bill. We are on a vacation being tourists.

(We haven't been soaked too bad, yet, I gotta say.)
Moderator
PS: Boy, they are soaking those tourists there, aren't they? That's probably a good way to keep the # of tourists down a bit, if that is their goal there - besides making them pay for a bunch of San Diego's infrastructure, as you say, Bill. It's a matter of how many will come BACK. I meant to add something in my post about that, for many parts of tourism, such as some hotels (that don't pan out like the on-line pictures, they don't assume you will come back.

Where I live, there is, or was for a while (I wouldn't know), a large tax on rental cars to help pay for cosmetic improvements to the airport terminal. Hey, I was fine with the terminal the way it was. People who live in the area don't normally rent cars, so the local government involved. won't hear much about this.
Bill H
PS San Diego has an entire industry devoted to passing hotel taxes in order to get tourists to pay for repaving our roads and housing our homeless. Some cities require its own citizens to pay taxes to repave roads, but people in San Diego don't like paying taxes. We want tourists to pay our taxes for us.