18 years later - they must LOVE us for our lack of freedoms!

Come for the Constitution - stay for the free shit and infiltration. 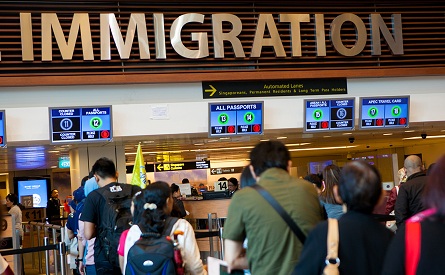 You'd think by now, right? I mean, the thing was that the people, assumed to be those 19 Moslems from Saudi, that caused those 3,000 deaths and the destruction 18 years ago today were said to have "hated us for our freedoms." It's not like American had a lot of freedom left in 2001, but it's gotten a whole lot worse since then. There should be no more 9/11's - America is so much of an Orwellian Police State that towel-adorned foreigners ought to just LUV, LUV, LUV us to death! Yea! It's working. (Yes, actually, what the elites want IS indeed working.)

As we noted 2 years back (Peak Stupidity neglected to "commemorate" anything last year), 9/11 has been nothing but an excuse for the US Feral Gov't to clamp down hard with the Police State. I don't like any of it, but one could at least assume good intentions, albeit it being traitorous to the US Constitution, if at least this Police State was directed against those who might want to kill us. No, though, we need to search the grannies and little ones at the airport, just in case. Those 80,000 Moslem students at American Universities, > 50,000 of them just from Saudi Arabia, are apparently no worry attall. No, sir, if the US GOVERNMENT, by God, with its competent diverse group of bureaucrats, says there's no worry, who is this lone blogger to argue?

The excellent pundit Michelle Malken* just wrote a good article about questions she'd ask the Democrat Old Phart and Young Turd candidates, if George Ramos hadn'ta gotten the gig. Most of it would have been questions on immigration, as that crowd is almost completely Open-borders-retarded. Additionally, VDare posted today a short piece (mostly links) that included some pessimism from one Dr. Norm Matloff about whether the attack would change immigration policy. It was written 35 DAYS after 9/11.

Not only has nothing changed in 18 years regarding immigration of those who may be the mostly likely to kill Americans in America, but it's gotten WORSE. Visas are given out like commemorative stamps. As Mrs. Malkin discussed in the article linked-to above, there was supposed to be a visa-overstay control program implemented, for those on non-immigration visas (student visas, working-at-jobs-Americans-cant'-do.. NOW visas, tourist visas, etc.). It's never been implemented. Any REAL country keeps track of people coming and going, at least non-passport-holders. Nope, they only keep track of us American passport holders, with that wonderful Orwellian equipment they've got underneath the airport terminals.** 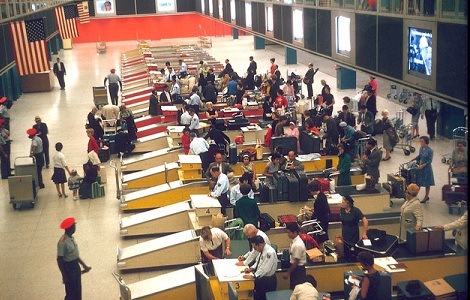 Let me back up a bit, say 240 years. The British colonists who founded America in the first place did it for one main** reason, for a common defense. What do we have now? It looks like we have a common OFFENSE, instead. Yeah, I've heard that one "sometimes the best defense is a good offense." I'd believe that if there were war going on (I mean by people we didn't LET IN) inside the country. I don't believe it when this offense is in the Middle East and other places on the other side of the globe.

They can't attack us - it's 30 years after the Cold War in which Communists could attack us from afar. The only way they can "get us" is to somehow come INTO our country and attack from within... oh, wait. It'd be even worse if people came in from places that the US had been bombing and droning (too numerous to list here), and those same people had had family killed or injured by Americans. I mean, they wouldn't hold a grudge would they, if we at least just let them in? (Steve Sailer called it the "Invade-the-world, invite-the-world" strategy.)

What was the great plan again? Fight them over there, so we don't have to fight them over here - was that it? Has it changed? I've not been watching the TV news lately (like for 20 years). It just seems to me that the muckety-mucks at the Pentagon and Deep State offices have changed it to Let's let them in here, so they will not be around to fight us over there, and they shouldn't be still mad, cause freedom!

What a complete shit show!

* We've given her some grief before here and there, but that's only because we love her.

** Customs and Immigration (the former is really about obsolete at this point) is one part of the government that I'd like to see be hardasses. They seem to be hardasses to Americans though, from my personal experience. Would they let in another group of terrorists more easily? You don't want to be rude and un-PC to those foreigners, though, right? They bring a lot of money in.

*** I supposed creating a common sound currency was another, but not a sole reason to create a Federal Gov't. Here's the exact wording:

... in Order to form a more perfect Union, establish Justice, insure domestic Tranquility, provide for the common defence, promote the general Welfare, and secure the Blessings of Liberty to ourselves and our Posterity,...

Most of the rest of the reasons are kind of vague, and that "general welfare" bit IS NOT SOME LAW, just a nice phrase.

Moderator
PS: Whoa, I missed your reply for 3 days, BC. Sorry about that. I agree completely that no matter what did actually happen, TPTB, as the preppers like to say, came out way ahead. It makes you wonder.
BernCar
PS I heard a YouTuber ask the other day about 9/11 , "Who benefited?" I suppose more than one group, but examining the gov't measures following the event, we can say for sure that the powers that be before the event, are even more powerful now, and the people more subjugated but not safer.
Moderator
PS: Yeah, Bill, and even then, the limitations on this Federal Gov't were plainly written out as Amendment X. Some of the wisest founders insisted on those 10 Amendments, the Bill of Rights, or they weren't going to sign.

They were wise, but they weren't able to live 240 more years to help us keep that Republic.
Bill H
PS Liberals today regard the phrase "general welfare" to mean the well being of each and every individual in the nation, citizen or not. News flash, that's not what it means. It means "the greater good for the greater number."