Great work from our 2 favorite pundettes 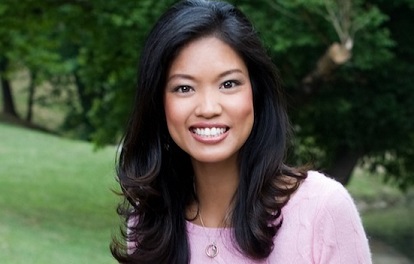 Peak Stupidity #2 Pundette Michelle Malkin (look under Pundits topic key for more) was called out by The Hill for speaking ill of dead Lyin' Press anchor (do they still have anchors?) Cokie Roberts. First of all, this Cokie Roberts is a little after my time ... of watching any of the infotainment off of cable TV. Yes, I've heard the name, but it was usually just the humorous nickname Cokehead Roberts. No, I have no idea if she was an actual cokehead, but it's still funny, and more importantly, per VDare's Peter Brimelow's In Memoriam: Cokie Roberts—Selfish, Stupid, Scalawag, she is well, all of that. I'll believe VDare writers any day over the Lyin' Press of "The Hill" (what hill, Capitol Hill? Screw all of 'em.)

Peak Stupidity has spoken ill of the dead before, in particular with regard to this (former) scumbag. Our feeling is that if it's a destructive creature with power in the Feral Gov't that he won't relinquish before death, well, we're glad when he dies. In this case, Mrs. Roberts was not a politician, but her coming from a family of them, and being on the idiot plate 1/2 the day is pretty close. In fact, it doesn't say much for America's press that here you have a woman who was the daughter of a Democrat US Congressman and sister of a big-time lobbyist (the Boggs family) placed upon this high pulpit of media stupidity. It's not exactly the free press of Ben Franklin's time.

Good on Michelle Malkin for calling out Cokie Roberts of one of the founders of fake news. (No, really, it goes back a lot longer than that - Walter Duranty, anyone?) The lady just died? Hey, it's not like the left is any model of civility. Have you read tweets by these people? They are full of name-calling and death threats.

As a segue here, Peak Stupidity's # 1 Pundette, Ann Coulter mentioned the left's speaking ill of the dead 11 years ago with the death of NC Senator Jesse Helms*. Of course, the NY Times was involved.

This week, in Penis Story Collapses In Flaccid Hearsay, Miss Coulter regales us with the hypocrisy of the left, as they look for minor acts of bad judgment by 19 year-old young men who, it turns out, they don't like 3 decades later. The NY Times apparently (cause I sure don't read that crap) has an "investigative report" on more past wrongdoings by the recently-approved Supreme Court judge Brett Kavanaugh as noted by people who may have run into him a time or two 30 years back. Hey, NY Times ladies - IT'S OVER! You lost that one.

Like the lawyer she is, and part-time writer of comedy, Ann eviscerates these people of the left that worry about women who grew up in the 1980's that apparently have the naivety of a helicopter-parented Amish teenager. (Of course, Amish can't fly helicopters, at least the turbine equipment.) Miss Coulter goes a little over the top with her humor into NSFW territory on this one, so, please, read the whole thing.

Most shocking, from a “Little House on the Prairie” perspective, was this:

But the “Debbie Does Defamation” authors weren’t finished.

“(Kavanaugh) came of age during the era of ‘Porky’s’ and ‘Fast Times at Ridgemont High.’”

Ha! What do you say, NOW, Trumpsters?

Ruth Bader Ginsburg “came of age during the era of” the Bay of Pigs and the Vietnam War. Can we impeach her?

I’m beginning to suspect that, instead of writing the book, Pogrebin and Kelly screwed around for six months, then pulled an all-nighter the day before it was due. Also, “American Pie” was big!

But half the Democratic candidates for president are demanding Kavanaugh’s impeachment on the basis of this sublime idiocy. Trump touched their SCOTUS!

(Sorry, I couldn't keep all of Ann's italics straight.)

Oh, and I really resent those lefties disrespecting one of my movie favorites, Fast Times at Ridgemont High. Therefore, we present Jeff Spicoli himself, just a few years before the PC really took hold.

*I got to that article from this James Fulford article on VDare from the same time period.

Moderator
PS: Dang it, "idiot" plate (not plural).
Moderator
PS: I have read something about the "fake news" of Mizz Roe before, BC. I wonder if it was from Miss Coulter. She's a lawyerly type, as I wrote (but one of the good ones), who can really dig into this stuff. She had a book that politically exonerated Senator Joe McCarthy. I need to read that sometime, come to think about it.

I feel truly privileged to never have watched more than 10 minutes total of Cokehead Roberts on the idiots plate (I can't call it a "tube" anymore - no CRT). If I had an American flag in my yard, it wouldn't be coming 1/2 down for this spin doctor.

Thanks for the comment, BernCar.
BernCar
PS: Big coincidence here, but I saw a clip from 1995 "World News Tonight" of Cokie Roberts today. I couldn't think of her name, but remembered her biography and wondered what she was doing these days, not knowing she had died. The clip was featured in a September 18 You Tube video from Razorfist, "The Rageaholic", and concerned "Jane Roe", the anonymized name of the plantiff from Roe v Wade, who it seems lied in her brief. She supposedly had been gang-raped, impregnated, needed abortion, etc., none of which was true. Before she died, "Jane Roe" got religion, and admitted to the lie, also said she was a drug dealer and abusive alcoholic and wanted forgiveness for one thing--her part in the Supreme Court case. I don't recall ever having heard this before, but apparently it's old news. Sorry, it's way off-topic, but the Cokie Roberts tie-in was just too coincidental to pass up. I didn't see what kind of spin Roberts put on that revelation, but I bet it was world-class.