You know, I'd thought I'd finished the book, but I noticed a bookmark and saw that I hadn't read the last 20 pages! Luckily, that doesn't change anything for the previous parts of this review of Bob Lutz's Car Guys vs Bean Counters. After this brief history of the American auto industry, the part about the gas crises and the foreign completion, GM's forays into alliances all over the world, some discussion of the innovative Saturn division, and just a bit about the author's time at Chrysler, the book gets to his final 10 year-long stint at General Motors. He started back in on September 1, '01, after 3 decades away, as a vice-Chairman reporting to the CEO Rick Waggoner.

Much of the rest of the book is about Bob Lutz's problems with GM's management style, that of conformity, harmony, and reliance on data, rather than that of the semi-autocratic leadership he'd have liked to have been. The car guys were being stifled. As I've written, these "car guys" per the author, are not what you'd think. Bob Lutz was good at marketing (and leading, of course), and his type of marketing expertise is just pure "feelz". What do the customers really think in the showroom? Where should we put the chrome to make this car look the coolest? How should the grill look? (I doubt he understands the first bit about the heat exchanger behind it - erroneously called a "radiator" vs. a "convector".)

Bob Lutz's car guys were the ones developing the clay models of the car bodies and placing all the exterior and interior details having a little knowledge of stamped parts vs. machined ones, types of materials, etc. along with it. Even early on, the GM execs realized "these guys are just artists". It does take a feel as opposed to hard data, for which you only get from surveys that really can't be trusted, part of Mr. Lutz's problems with what he calls the "bean counters". It's not like hard data from the engineers as to "this change in ignition and injector timing will result in oil temperature 5 C lower at the reservoir", "this torsion rod is specified for anything up to 220 ft-lb", "the new changes from the 'car guys' resulted in a drag coefficent 0.025 higher", etc.

I mean, the car's got to not break regularly at under 120,000 miles, as this ain't the 1970s. The car's got to get the gas mileage the 'car guys' are advertising. The car's got to be manufacturable for a cost that let's GM make money at 100,000 units annually. I don't think the author really has a problem with that stuff, so I'll generously say that his "bean counters" are the ones on the MBA side of things at GM that he noted loved to institute meetings, metrics, and more management, resulting in a "Performance Management Process" and lots of other bureaucracy that is rightly derided in this book. Without them, letting the car guys run things, you can get this: 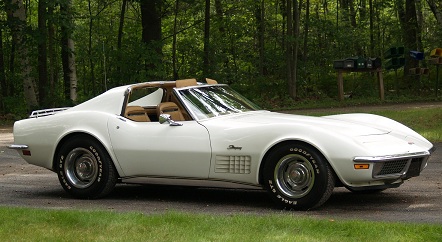 There were definitely people there at GM, Ford, Chrysler, and AMC - I'm not so sure about - that knew how to create beautiful functional vehicles back in the day. The Corvette even gets damn good mileage for the 2 people and maybe one small duffel bad that can ride - it's got that low drag coefficient that I wouldn't be surprised brings its best mileage speed up toward 70 mph. There were and still are the Ford Mustangs, the Dodge Chargers, etc., and for the foreigners, that Datsun 240-280-Z(X), the 1980s-'90s Toyota Celicas. Perhaps these sports cars, not near the majority of the vehicles made by each manufacturer, just give the companies a good name. The rest of the vehicles have to to be economical and functional though and make money. You can't run the company based on a few beautiful vehicles the car guys got lucky with.

When you don't have these "designers" running things enough, you can get products like the GM Aztek. I personally care about function over form, but even I noted that as an ugly vehicle the first time I saw one. I thought better of doctoring up an image of this monstrosity for this post in fear of it bringing down MS Paint. Bob Lutz brings up this very vehicle, "the Quasimodo of crossovers"*, in the book in a section on what not to do. You might also get this:


A decade later and another 'Vette: 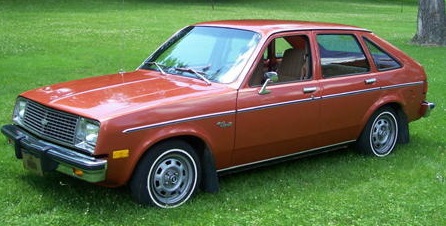 "When you said we were gonna go for a ride in your 'vette, this is NOT what I pictured. How dare you? Drop me off back at school, behind the bushes, where no one can see me get out!"
"But Greta, I thought you loved me?!"

Now, we get to that big contradiction. Of all the projects, good and bad, that Mr. Lutz was involved in during that recent 10-years at General Motors, the Chevy Volt was the one he sounds most proud of.** On the Volt, well, Mr. Lutz and his car guys "designed", meaning determined the body shape and the styling of the exterior and interior, of the car that was a smash hit at the Detroit auto show in '07. The Japanese executives had blown it off as just for show, and of course, it somewhat was, as the show car had 2 old-fashioned lead-acid batteries just to let it drive in! This was just a concept car, and that kind of thing was the norm at the auto shows. Toyota had decided this would be a good time to show off their newest monster SUV. Japanese treehuggers were confused.

The author devotes quite a few pages to the real development of the Chevy Volt. As it turned out, to bring the drag coefficient down to where it needed to be to get the Volt the electric-powered range desired, the body shape had to be changed drastically from that of the concept car show at the '07 auto show. Mr. Lutz goes over some of the basic engineering problems that were solved by the, well "non-car guys". After all was written about it, the Chevy Volt sure does not prove out Bob Lutz's point that the car guys should be running things. 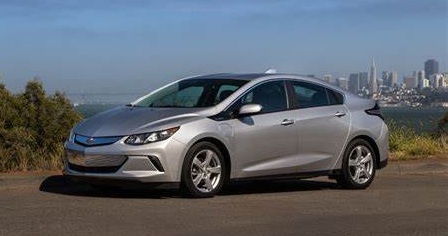 That was the big contradiction to the title of this book. As we review this almost another decade later, we can see that the whole "car guys" theme is almost a moot point now. The vehicles are ALL boxy little sedans, similarly looking "crossovers" or big monsters that will soon require ladders for entry. (Wait until gas goes back up - I don't pretend to know when - to get a steal on one of these, ladder included.) Young people don't even care about driving a cool vehicle, or ANY vehicle, anymore, being more urban, and with Lyft and Uber around.

As I read the last of the book, the idea that this book is mostly Bob Lutz's defense of the worth of his 47 years in the American auto industry has been solidified. He does a decent amount of tooting of his own horn, from "Oh-oooh-ga" to the modern "Beep beep".

Still, his criticisms of management by committee are well justified, in my opinion, his insight from his 5 decades of time in the industry are great, and the book is humorous and not too preachy. It's worth reading, but don't take the guy as your management guru.

* Yes, the author is quite humorous at times.

** There is a lot more background in the book, especially on GM's big amount of research into hydrogen-fuel-cell power (that I had known nothing about) and the politics involved in the "carbon-free"*** vehicle manufacturing.

*** Yes, though Mr. Lutz agrees with Peak Stupidity on the Global Climate DisruptionTM being a big political scam, he ends up using these terms. Most likely he's just tired of bucking the system, and, again, he's proud of Chevy's hybrid-electric vehicle. (Again, per the author, the press was highly biased against the American companies.)

Moderator
PS: That sound like the big widebody Boeing plant in Everett, Washington, Bill.
Bill H
PS That building, by the way, was almost a mile long, and was reputed to be the largest manufacturing building in the US.
Bill H
PS It was made somewhat more spectacular by the fact that it was filled with oil for cooling. Yes, some kind of short. Power was, as I recall, 800,000 kVA or so. I fervently hoped it was not one of the conductors I installed.

What I hated about that job was working on repairs to overhead cranes, particularly one known as the "big mother." It was a 200 ton bridge crane spanning a 120' building and was 50' above the floor. And I am afraid of heights.
Moderator
PS: Wow! First of all, it's gotta be cool working with stuff that BIG. Do you know what actually went wrong there (besides the conductors being off)? Was it a big short? (not the financial kind)
Bill H
PS American manufacturing has been fubar for a long time. Not long after I got out of the Navy, late sixties, I was working for Allis Chalmers as a maintenance electrician. I got "pulled" to help out on the production of some transformers we were making for the TVA. These were BIG. Not house sized, they were the size of apartment buildings.

We were putting some copper conductors inside the steel shell, about 20' to 30' long and 6" in diameter. After looking inside, it was clear to us that the lengths spelled out on the drawings were wrong. So we called engineering and stooged around waiting for the engineers to show up.

The engineers saw our point, admitted the drawings were wrong, but didn't know why. We continued to stooge around while they played with their slide rules and scratched their heads. Finally they told us to just measure and cut, which we had suggested a couple hours earlier. We should then tell them what lengths we cut, they told us, and they would change the drawings accordingly.

We were not impressed with their acumen, but...

I went back to repairing cranes and such, but went back to that area to watch the finished transformer being tested. Power was applied at 60% of rating and it exploded like a mid-sized bomb. 100% destruction. Awesome.