Do not be alarmed!

Well, that exclamation point sure doesn't help! [ nor that one - Ed.] This site is too simple (for now) to go down, but Peak Stupidity was "off the air" for a few hours. The message from the hosting company could be seen as ominous, but it's just that they don't like to say "He didn't pay his money this month". 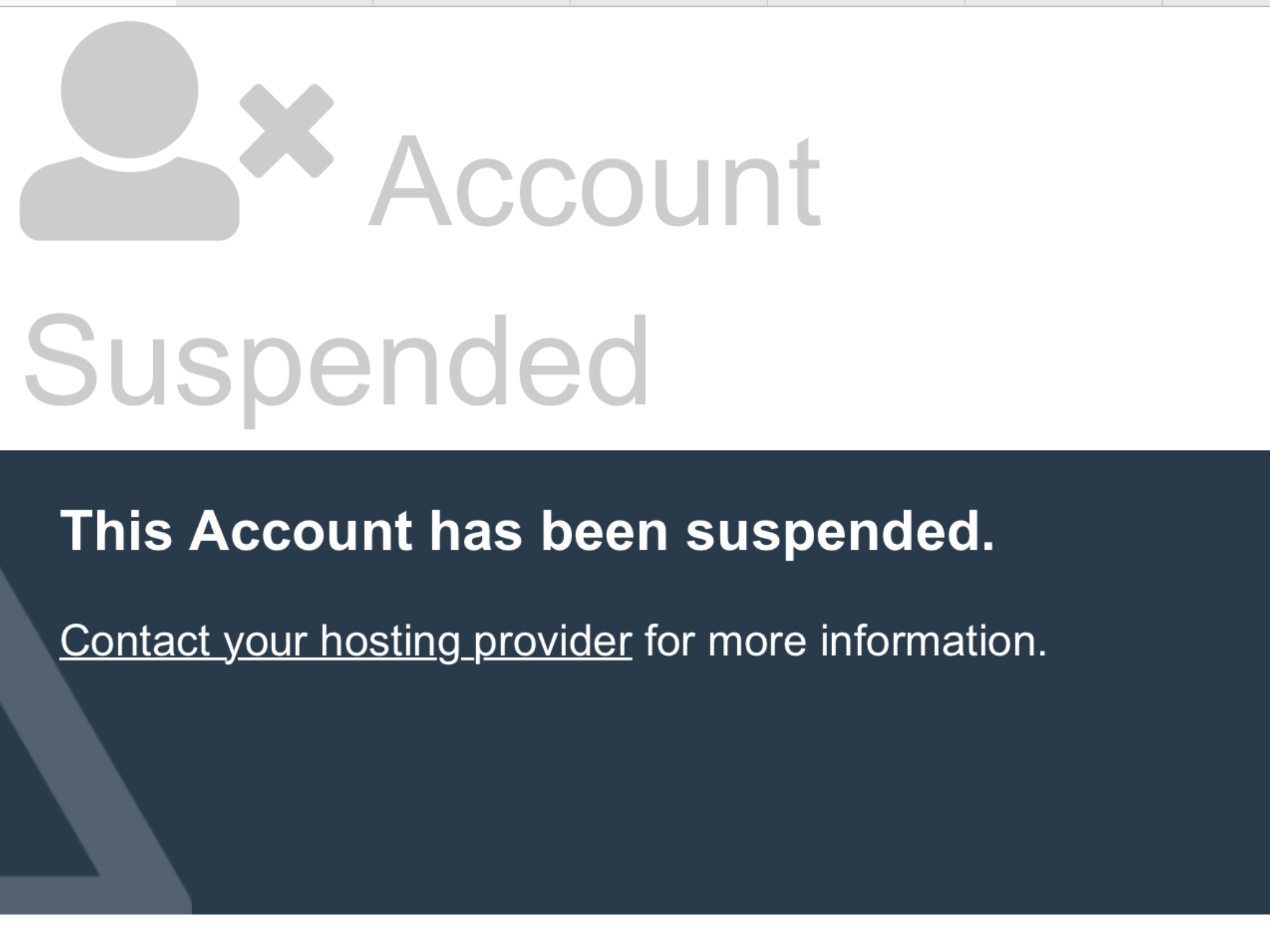 There's more to it than that. While switching accounts, it turned out that I had some difficulty with the software on the new one. I'd intended to get this fixed by, say, yesterday, but missed my deadline, and those guys missed my money for the old account. I'm trying to get the new account running before I pay another monthly fee, and today had some success with a nice job by a good-old American technical support guy (2nd tier - no less! I got the big cheese.)

I had intended to put 2 posts up today. I have 15 or so in mind, so there's no lack of material. I'm gonna mess with the software while I'm making headway though. Have a great Sunday, readers! Peak Stupidity might not have anything more till Tuesday, from what I see of my schedule.

Bill H
PS As a retired website administrator (second career), I find this post, from "peak stupidity" no less, just so, so tempting. But the football game starts soon and I have a couple things to do first, so I'll pass. But, as I frequently say to my wife as she frowns at me, "Well, at least I amuse myself."