Mr. Steve Miller* of the Trump administration is supposedly in hot water with members of Congress for associating himself with, which means reading websites of, VDare (one of only 4 in our blogroll, for cryin' out loud) and the American Renaissance site. I used to read this latter one regularly. (I stopped when the comments got messed up, nothing personal, I'm sure, just a browser incompatibility. I think that's all fine now.) Since I've read both of these regularly, I guess I'd be in hot water myself if Peak Stupidity were somebody. Please Help!

The fact that Steve Miller reads material that is off the narrative is only known to begin with from some vindictive broad who used write for Brietbart and considered herself part of the alt-right. It's a woman's prerogative to change her mind like this, be vindictive, and apparently also to release 900 formerly private emails. Mr. Miller would have been better off corresponding directly with Mr. Breitbart. Yes, I know he's dead. That's kind of my point.

The next character in this story is the laid-back, extremely civil gentleman named Jared Taylor the publisher of the American Renaissance website and a pundit and speaker of the alt-right. He could be considered a "race realist", and "white rights advocate", but not really a white supremacist, per se (though he's got every damn right to be). 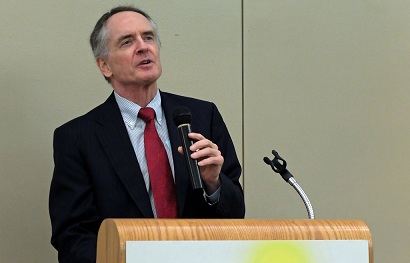 The tale Mr. Taylor relates of his recent experience with the legacy media's distortion of his and VDare's Mr. Brimelow's words and statements show again how sick and Orwellian the media stupidity has become:

The direct quotations from Mr. Miller are very tame. I kept thinking: “Out of 900 messages, this is the most ‘racist’ stuff they could find?” No doubt that is why Mr. Miller’s own words account for only about 10 percent of the article. The SPLC spent the other 90 percent telling us why we are supposed to think that what he wrote was racist and awful.

The most serious accusations against Mr. Miller seem to be that he liked Jean Raspail’s 1973 novel, Camp of the Saints**, and that he read articles at American Renaissance and VDARE.com. This has been enough to send the media from New York Times to Washington Post to NBC to Daily Beast into a frenzy, with 80 members of Congress now calling on Mr. Miller to resign.

Mr. Taylor describes his talk with the New York Times' Katie Rogers. This is good reading. As civil as Jared Taylor normally is, on all the videos including Q&A that I've seen, he mentions here " I was not my usual polite self." Ha! Does that mean he raised his voice 5 dB and 1/2 an octave? I can see why though:

If you follow the link to Mr. Brimelow’s remarks, you will understand the context of his words— if, in fact, those were his words, because they are offered by a hostile source as something he said at a conference seven years ago. (See James Fulford's comment on VDARE.com here.)

The Times has no link to my words, and when I found them I could see why. Miss Rogers suggests I am writing about immigrants to the United States, but I was writing about Syrians going to Europe:

I related the story of my Introduction to the Lyin' Press this summer. How would things be different if the average American understood what lyin' sacks of shit these people are? Here's the real crux of the Orwellian control Americans are living under:

What if a reader wanted to know what I actually wrote, and searched the phrase “newcomers are not the needy; they are the greedy”? Google will not return our page. The Times shows up in the number-one slot, along with eight other pages, but AmRen is absent. Duck Duck Go, however, returns AmRen as the first result.

You would think media giants would be embarrassed to be so terrified of us. The Times dares not link to us; YouTube bans and restricts us; Twitter and Facebook silenced us years ago; Google pretends we don’t exist.

When media distort our words, we have no way to correct the record except on a website that only our readers know exists. Times readers who just want to check the quote have almost no way of doing so.

That's my bolding, hint, hint. This Orwellian stuff continues if Americans remain too lazy to change their ways (change your search site - save bookmarks to your go-to sites, etc.) Unfortunately, I think they don't care enough.


Just to avoid confusion, NOT this Jared:: 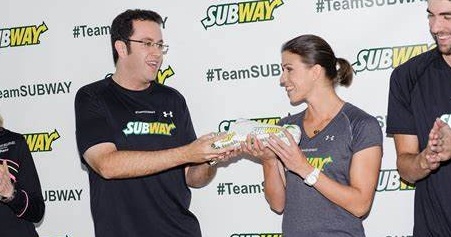 and NOT this Steve Miller. I know it's easy to confuse the immigration restrictionist Steve Miller with the Pompetous of Love Steve Miller, sometimes called Maurice:

Peak Stupidity has featured the great 1970s Steve Miller and his band before with Take the Money and Run and My Own Space. This is the title song of The Joker album from 1973.

* Sorry, as much as Steven Miller at the White House is probably our best thing going on the immigration-invasion front, I can only think "Steve Miller".

** Hell, I've read that too. It was a great and amazingly prescient book! The link in the Jared Taylor block-quote is to Peak Stupidity's review of a review of it.

Moderator
PS: As a Steve Miller fan, along with a reader of Orwell's 1984, I do get this, Dtbb. To me, that song was just past the prime of the Steve Miller Band. Sure, it had decent lyrics, but it didn't have the great melody and song as their previous music.
Dtbb
PS: Google says "Abracadabra" and everything disappears down the "memory hole"!