In the post "TV for thee, but not for me, even for free" in October, we'd threatened promised to relate the story of the junk mail that wouldn't stop from an Indian school in S. Dakota. Well, I'd searched wrong, and just now, while about to write the story, a 2nd search turned up that short anecdote PLUS the other anecdote about the trash can full of junk mail at the apartments that I just related in "Junk Mail under Idiocracy" in an old post "You're Jammin' Me!"! Man, lots of junk mail posts and and quite a bit of forgetfulness (and the 30 G trash can turned into a 13 gallon one. I think the latter is correct, just one of those tall kitchen ones.)

Interestingly, while I looked for some pictures of Indian schools I came across that very one that I'd sent money to (and subsequently received more junk mail than could have been sent out with my whole donation check.) Here you go, I spent the trouble, so ... 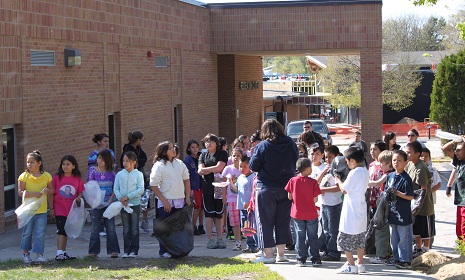 Now, any more old business? New business: I got another piece of junk mail, likely targeted at my wife. No, she does not wear "husky" sized clothing or whatever the politically-correct term is on the women's 7/8 of the department store:


No, in this case the pages were NOT stuck together as received from the postman ... wonder why ... 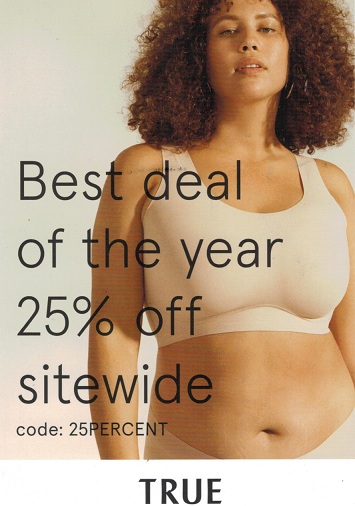 Things are really getting weird, I'm here to tell you (along with other reasons I'm here). Look, I understand that not all women are privy to Victoria's Secret (nor Victoria's OTHER secret) and can fit in those sexy clothes. They'll need undergarments that fit, whether sexy or not. However, don't the women like to see models that show off the good-looking clothes? Those women on the runways in New York City and Paris don't go round in these oversized get-ups, do they? (As a matter of fact, they are too damn skinny usually, as somehow that looks the best to the gay designers of the fashions.)

I'm just wondering why this "True" outfit (a website, I guess) is sending out flyers for women showing their clothes in unflattering ways. That can't be good for sales. As much as many women may need these sizes, they don't like to see the fat hanging out on the model for the clothes. For the postman and the initial household viewers of this junk mail, it's even worse. What is going on?

I will tell you. The agenda now is for the Big-Biz world, as directed by the narrative of the ctrl-left, to push on us whatever is politically correct now, whether it's the genderbending tranny business, feminism, and now this "fat is good" business. Sure, it's not the worst thing to be overweight a few pounds. It's just not something to aspire to, and usually models are women that other women ASPIRE to look like. They don't want to look like the chubby broad on the front of this flyer, so why buy the clothes? I know I didn't order anything.

How does this pay off for True, Inc.? Do they have a hot broad on the cover of different flyers that are sent to other houses as test marketing? Maybe some of those ones will never arrive, as these postmen are, let's say, somewhat "lonely". I guess either way is a risky strategy.

Moderator
PS: That line is very versatile, Rusty! I imagine you'll see it on here now that you bring it up.

"Nurse, slim thyself!"
Rusty Rubato
PS Wife was ranting last night about all the fat nurses she's been dealing with. I told her my go to line: "In the land of the fat women, the skinny woman is queen"

"They all have diamond engagement rings"

There is no personal pride left. Fat women and grown men wearing Crocs. People disgust me.
Dtbb
PS: Haha! Good one.
Moderator
PS: I would not give up at that age, by any means. The svelte ones gotta be around somewhere. Don't settle for less ... err ... more.
Dtbb
PS:55 and just broke up last week with my chubby girlfriend. Not much choice for svelteness out there. I am screwed! Or not!