Peak Stupidity's #1 literary pundit gets another line drive hit and this one is at least a double. That is, she nicely explains 2 forms of stupidity in one column - it may run to two posts here (yes, I've put off a couple of original items for this).


"All units, perp is a white woman in a pants suit in the park!" 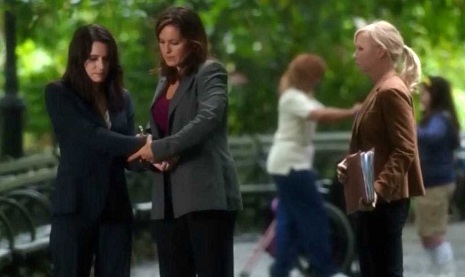 Just typical. It's always the young white ladies in that Gap to Prison Pipeline.


In "Who's Doing The Raping? Immigrants—But Don't Ask 'LAW & ORDER SVU'!", Miss Coulter expresses thoughts about the TV-show agenda that have appeared elsewhere, including right here.

Miss Coulter is her usual extremely witty self, as she describes the pure racial agenda of this TV show, one that I don't watch, but do know that there are multiple versions of, or am I confusing it with CSI? I neither know nor care. The point is that the race/ethnicity of the perpetrators of the crimes in the shows do not at all represent who they are in real life.

In one episode titled “Zero Tolerance,” a white American male sells illegal alien girls to other white American men in a sex trafficking scheme that was somehow enabled by Trump ... SEPARATING CHILDREN FROM THEIR PARENTS AT THE BORDER!!!

(The theory of causation is a little vague, but it was definitely Trump’s fault.)

Yes, it's an agenda, but for what purpose? Is it to convince viewers, as with those burglar alarm commercials, to think that the normal middle-class American white people are the people to worry about when it comes to violent crime? Unless there are some really stupid viewers, this ain't agonna work. Nope, I think the idea is to rub this stupidity in our faces, wait, in YOUR faces, if you are one of the viewers. I want no part in this.


"Be on the lookout for two 15 y/o white video-gamers, possibly dangerous!" 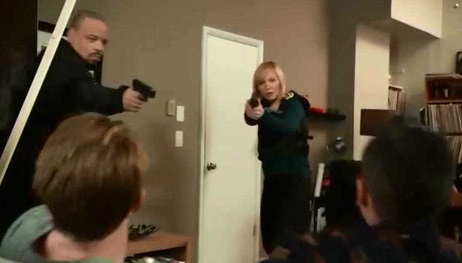 Yeah, those were the perps, all right. Nice work.

It's very much like the genderbender nonsense. WE know it's stupid, most of THEM know it's stupid, but they show their power by pushing it and telling us we will be in trouble for stating that, yeah, this is stupid.

Oh, before I that last excerpt Ann wrote this paragraph:

In fact, the modern American white male is the least rapey, most gentle, protective, chivalrous creature God has ever created. Get ready for a gigantic I TOLD YOU SO when American women realize that, from 1620 to the day Ted Kennedy’s 1965 immigration act kicked in, they never had it so good.

Do you understand yet why Ann Coulter should be our next President?

Ann Coulter's column gets the more serious problem in the second half. Please read and enjoy her column - TRUTH - feels good, man!

Dtbb
PS:Haha. Good one. I watched a Joe Rogan interview with the author of "Empire of the Summer Moon" last night. Joe is such a burnout, but the interview was worth it. I thought you might be interested.
Moderator
PS: Yes, Tal Bachman! It figures someone else would realize what a cool song that is (both the music and lyrics).
Moderator
PS: I love the snark but am somewhat disappointed that she had help with some of the jokes in her books. (I've read "Adios America" and maybe one other.)

I checked out that bike ad and the brouhaha - that's maybe good for a post. I see nothing wrong other than it being a little over-the-top like lots of ads. Here's my idea for the next commercial. The woman has been riding the bike for 2 hours in the evening, as it's hooked up to a new generator (literal, this time) plug in, that powers the lights so her husband and kids can read and do their homework, respectively.

The camera then pans over to Greta Thunberg, who gives a thumbs-up and says "I approved this message".

The husband tells his wife to go for 20 more minutes so he can watch the football highlights on TV and notes that she will be in great shape for sex after that.
Dtbb
PS:I find her a little difficult to read, but agree to her content. Too much snark? Have you heard about the Peloton exercise bike brouhaha? The stock tanked because of SJW nonsense. The ad even used your Tal Bachman song.