"Excellent. We've got the Wall Street funding, and we'll leverage 40% of the Hemp Rope facility start-up costs with those Sinsemilla futures. You all have your action items off the PotPoint slides for our next meeting on Tuesday. Let's get to work, guys, well, right after the Cheech and Chong movie." 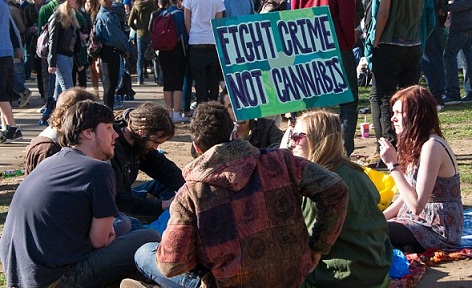 (See, I just don't see it going down like this.)


It's been at least 1/2 a decade now since serious relaxation of pot laws and even pseudo-legalization in some states. I've not thought too much about it - has it been a good thing? I dunno and don't want to get too much into the Libertarian aspect of this, but I very recently remembered some thoughts from years ago, back before I could blog about it.

I've run into my share of people who smoke the wacky weed, and I've run into people smoking the wacky weed. Oftentimes, we'd get into a conversation about it, as my Libertarian side would generally agree with these "heads". The sales pitch from them would often involve the fact that this weed was related to hemp, and hemp was awesome, you see? Sometimes, if it was more like a rally I ran into, back when they did have a cause, there'd even be flyers about it.

Apparently, according to the pot heads I'd sit down and converse with, hemp from this same illegal weed could be easily made into products that would be much better than what we had then. Particularly it was paper and rope that they'd mention. Well, there really are 10's of millions of acres planted in softwoods to make paper out of while the world is finally going paperless (newsprint being a BIGGIE), and we seem to be doing OK with rope, the plastic types being ubiquitous, with some pros and cons*. Still, they really were pushing this hemp product... were it legal along with the pot, of course... might as well legalize all of it, I mean, while we're at it, right ...

One detail I remember of their sales points was that Americans used to make products out of hemp way back, around the time of our country's founding... cause it wasn't illegal then, as should be the case. I gotta agree, Americans of our 1st century had so much freedom it wasn't even funny. I imagine if some of the hardworking yeoman, or hell even the occasional yeowidow yeowomen, farmers wanted to make such products, nobody was gonna stop them, and it was probably good, quality stuff. "Yeah, man, hemp paper, wait, there's more! ... hemp as a breakfast cereal, baked hemp, boiled hemp, chicken-fried hemp, ... this stuff... puff, puff ... can be made into anything."


I can make a hat, a broach, a pterodactyl! 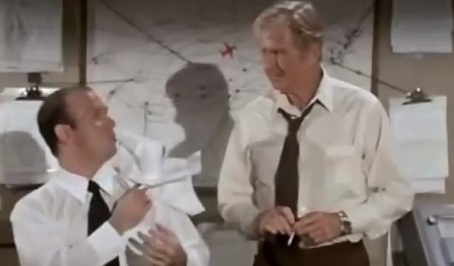 "Look," I'd say, "that's all fine, but is that your reason that pot should be legalized?" "Oh, man, well, you know, the Constitution, like, I had it here to show you ... wait, dang, I used it to roll a coupla' joints for my buddies yesterday ... that parchment really makes a tight one... you know ... but it's like, man, they shouldn't be able to tell us ... what to ...." You sometimes had to finish it, "You mean, yeah, Amendment X, the one you smoked, it's pretty clear that prohibition of drugs is not the business of the Feral Gov't. I agree, man. I'm not sure about the rope - I'll, uhh, look into that."

Hey, at least with the banning of alcohol, Americans of a century ago had some respect and went through the whole process of Amending the Constitution. (That was kind of a bonus for them, as repealing it required the same thing. Can you imagine a serious drinker waiting out ratification in 1933? "I've got only 14 bottles of this rot-gut left, and we're at 35 states. Come on, Utah, you tee-totaling bastards!"). The leaving of it up to the various States, as has been done lately, is one of the few slight acts of respect for States' rights that I've seen in a while. (I personally believe the high-ups who let these policies happen want to placate the American people right now, is all**.)

OK, Constitutionalist rant over with, I really didn't like being bullshitted with this rope-o'-dope treatment (get it?!). What I should have said to some of these guys, there under the overpass on the bike path, and up in the Rocky Mountain Heights is: "Listen, you like pot, and the Feds have no business telling you that you can't smoke it. Just say it! I don't need to hear about the future opportunities in hemp. Please don't take this the wrong way man, but you spent 10 minutes going through your messy pack, trying to find that aluminum foil pipe that you probably crumbled up when you saw me, and you're really hard to understand right now. I don't think that you have the motivation and organizational skills to be a production manager of a future hemp rope plant, man. Just sayin ..."

Now, I've seen this kind of BSing on both the left and the right on behalf of various causes. Some of it would make for some good posts in the future. Ask me about the spotted owls sometime.

On this particular bit, the old hemp sales pitch for marijuana legalization, since it's been some years, I'd really like to know: Where are the hemp rope production facilities? I've not seen any hemp paper at Staples - perhaps I should ask the manager about it. Hey, old pot heads out there that I've conversed with: If you are clear-headed enough to read this blog, please attach your resume to a comment, including all your background of hemp promotion - don't skip any periods of your life over 8 years long. If Peak Stupidity ever gets that rope and paper facility into production, I could really use you all as my hemp salesmen. It takes a clear mind...

Well, that was just the end of the song, from Jackson Browne's 1977 album Running on Empty. Cocaine had many different versions from way back, with Jackson's being closest to the blind black Reverend (yeah!) blues singer Gary Davis'. Since it's not my favorite, here's Nothing but Time from that album which was recorded on the band's "Silver Eagle" tour bus riding down the road on September 8th of 1977. You can barely hear that diesel wind up a bit!

(The cheering at the beginning and end are from other songs - it's hard to break up the tracks on some of those live albums.)

Did those bands have fun back then or what? Sometimes what, per another post that I see coming.

* That plastic rope frays like a sumbitch, so you have to keep using a lighter on it, and it tears up in the sunshine. It doesn't rot like cloth rope though.

** As usual, I doubt it's some big conspiracy, but there have got to be many elites that, knowing the American middle class is being devastated, agree with letting them get mellowed out by "the pot". It even makes it where the TV makes sense. Of course, if I were on the pot, maybe I'd see what a big conspiracy it all is.

Moderator
PSL Dtbb, I have no comment on such matters. I will say that, IF I HAD inhaled it, it never really did me any good. To each his own, though.
Moderator
PS: Many thanks, BernCar. I may have read a few issues back in the day. I'll embed some more Jackson Brown, but the old stuff (not familiar with anything past, I dunno, nineteen seventy-something) in a bit.
Dtbb
PS:Somewhere I got stashed my brother's old "Marijuana Grower's Guide". I had to quit partaking because modern pot is too powerful. I call it "panic attack" weed. I think kids nowadays are rotting their brains on the stuff. Maybe I'm just old.
BernCar
PS: This is a very funny piece. It reminds me of something I could have read in the old Mad magazine back in the days when it was funny. I consider you the Ricky Gervais of the blogosphere.

"Running on Empty" was a favorite along with "Doctor My Eyes". I see Jackson Browne had an album out in 2014, "Standing in the Breach" I'm not familiar with so I guess he's still making music.