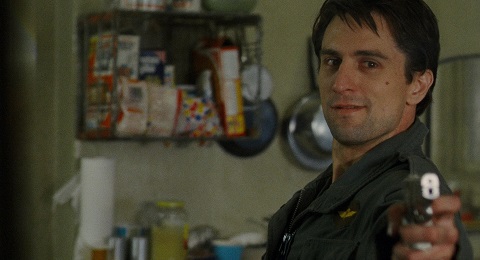 (OK, I'm trying to combine the Taxi Driver, and The Who, and it ain't quite clickin' ... the song doesn't appear here, as Peak Stupidity featured it in this previous post. By the time you read this whole thing, you're gonna need to click there to get the song in and back out of your head.)

"Why can't you all just f-f-f-fade away?
That's what all we Millennials s-s-s-sayyy"

Maybe it's just me, but I have been noticing more (attempted) insults by the young people of a certain generation with "OK, Boomer" and "Right, Boomer" and things like that. In particular, a pretty engrossing woman-written prepper novel that I will review soon, taking place about 15 years hence, has that terminology, along with other writing that maligns a whole generation. It may not be the author, herself's, insults, but just her prediction of the way the young generations will think.

It's not particularly creative, this new "meme" by the Millennials(?), but my problem is that impugning a whole generation of Americans for their politics just doesn't make a lot of sense. I want to emphasize (just so's I don't get too many "OK, Boomer"'s in the comments!) that this blogger falls a bit after that official generation as defined by Strauss & Howe. William Strauss and Neil Howe wrote the books Generations just linked-to, along with The Fourth Turning, which have in them names and very precise time-lines of the British/American generations going back to 1584 (OK?!) Some posts in review of these books have been on Peak Stupidity's back burner for years [TOP PRIORITY! - Ed]

One doesn't have to go by Strauss & Howe's definition, but if one does, and they sure spent a lot of effort on it, the "Baby Boomer" generation was born from during the middle of WWII - 1943 - through 1960. Speaking of those books, since the review will be coming, I'll just say now that the authors' Statism was one of my problems with the book, as in, everything that was important seemed to be related to, or done in, the Government. That's a load of crap, as lots of important happenings, economic or cultural, in America's past had nothing to do with the US Feral Gov't or any other. It wasn't a big part of Americans lives till at the earliest, FD-fucking-R.

I will try to get into whatever differences the young generation has with the older ones in another post. Here I DO want to bring up the political, but just as a form of polling, as with the results Presidential elections. I'm not trying to get at personality differences here, as the young people with their disparagement seem to be.

The point I am trying to make here is that though America has been going in the wrong direction for 5 decades, at the least, can you blame just a group of people that were born from 1945 through 1960 for this? Let's look back on just the Presidential elections (as I wrote, those were by far not the most important things going on, but just as polls).


Question for you young people: Who voted for this bastard? 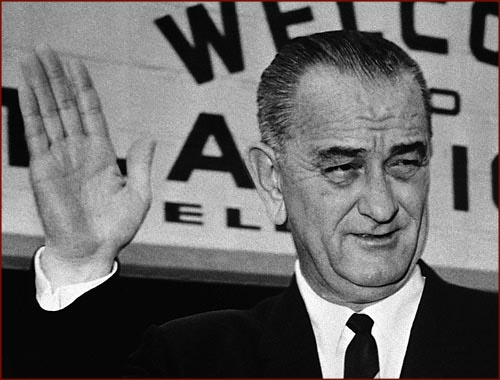 The Socialist asshole pictured above won the 1964 Presidential election over the great Libertarian Barry Goldwater by 61% to 38% of the popular vote*. It was the biggest "landslide" (22.5% margin in P.V.) since FDR's 3rd election - 1936 (24.3%) and before that Calvin Coolidge (25.2%)and Warren Gamaliel** Harding (26.2%). Here's a wiki page on this info that's a little confusing, but sorted by popular vote margin. I put the word "landslide" in quotes because, to me, 2 to 1 is a landslide, and maybe only 3 to 1. Ronald Reagan's "landslide" victory of 1984 over Walter Mondale was 54.5 million to 37.7 million. Very SOLID yes, but landslide would not be my terminology. However, in electoral votes, which is the way it should be done, yes, many Presidential elections SHOULD be called landslides (such as Reagan's in '84, and yes, LBJ's).

Now, the effect of the programs enacted by the Congress during the Johnson administration (you know, those "Lost", "GI", and few "Silent" generation types, as older people tend to be in that "August" body) did have a HORRIFIC effect on every generation subsequent to them. The Immigration Act, the "Great Society" welfare laws, and the "Civil Rites"*** acts (AA being the worst economically of the latter) were all passed during that short period, the middle of the 1960s. So, it's not like these "13 Generation"/"Gen-X" or "Millennial Generation"/"Gen-Y" (S&H terminology again) have nothing to complain about - just complain about the right freaking people and the right problems!

Ironically enough, it was the latter of those older generations, probably more the "GI" and "Silent" ones, who enabled the Boomers to vote at an earlier age for ... wait a minute, Richard Nixon?? I mean, WTF? See, Amendment XXVI of the Constitution, prohibiting states from having a voting age limit stipulating over 18 y/o, was submitted in late March of 1971 and ratified on July 1 of the same year. OK, who was voting that little piece of stupidity in, huh? It wasn't the voters, it would have been state legislators, a large majority well over the oldest Boomer age of 28****, who got this amendment passed. That allowed floods of votes for lefty causes after that, as, per the name defining it, it was LARGE generation.

Even then, one can see that, in all generations, it's not like there is, or ever was, a real landslide of public political opinion, say 3 to 1, or even 2 to 1, in favor of any of the ills that have been put upon us. Each generation has its morons and its people with common sense. Let's all try to keep that in mind, even as Peak Stupidity asks "Are the Millennials Retarded?" (See that's more of a personality question, it's not political - let's wait for the next post...)

PS: Yes, The Who, the great rock band with the songs such as the one in my head now, was comprised of Boomers. They were at the beginning of the g-g-g-generation being b-b-b-born from 1943 through 1946.

* That is, of people who came out to vote, first of all - 47 million to 27 million. Secondly, the electoral vote count, by state, was much worse - 486 to 52. I'm a big fan of the electoral vote, as one last vestige of States' Rights, but either way, this could be considered pretty lopsided toward the direction of Socialism.

I'm particularly looking at these "landslides" by popular vote for reasons already described - what the political feeling are of the generations voting.

** If you are a serious Al Stewart fan, you know why I had to include his full name here.

*** Yeah, these were not the Civil Rights as spelled out in US Constitution Amendments I through X, but far from it.

**** However, 18 year olds could vote a year earlier, before Amendment 26, as per wiki: "Congress lowered the national voting age to 18 in a 1970 bill that extended the Voting Rights Act, but the Supreme Court subsequently held in the case of Oregon v. Mitchell that Congress could not lower the voting age for state and local elections." Guess who was heavily involved? U-boat commander Ted Kennedy ... but, of course.

Moderator
PS: Thank you, Reg Caesar. I remember thinking that the Amendment was made to FORCE the States to allow voting by people 18 or older, but I didn't put 2 and 2 together about their being states that had the lower limits (less than 21) already.

The assumption that boomers voted the same way as everyone else is something I wouldn't necessarily make. Either way, it's just the 4 states and Alaska had, what, a quarter million people then?

One more thing, Reg: I understand that 1946 makes more sense (also bolsters my point about very few boomers voting in the 1964 election). That'd be babies conceived after WWI minus 3 months at most. However, I'm sticking with S&H's definitions just because they spent so much time on that shit. ;-}
Reg Cæsar
PS

If you use 1946 as the definition of "boomer", and assume 18-year-olds voted like everyone else in their states, then Johnson won the boomer popular vote, but Goldwater the boomer electoral vote.

Moderator
PS: Yeah, very true, Dtbb - been embroiled in thread on unz.com about this stuff. Why argue with them? That's just the point, there's no point in it.
Dtbb
PS:It's all just a blame game. It's a feminized society we now live in. Innumerate and driven by emotion. I call it pussified.