On our lack of concern about the death of Kobe Bryant

This is no joke here: I can honestly say that I did not know who Kobe Bryant was until he was killed with 8 other people in a helicopter crash 2 days back. 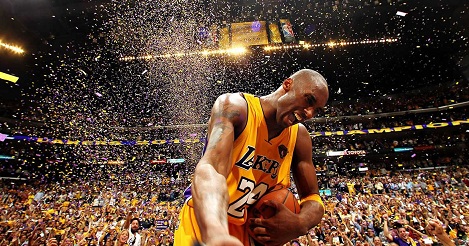 Don't believe this? Think about what happens when you stay off the Lyin' Press, especially the TV-branch and aren't into the spectator sportsball Bread & Circuses. Yes, I've heard or read the name dozens to hundreds of times, meaning overheard upon passing a TV, or on someone's car radio. I'm sure headlines involving his scandal of some sort were on the Yahoo main page that comes up upon my exiting from email and occasional other odd headlines on web pages that I've ended up viewing for a second or two. Guess what? I don't click on any of that infotainment shit.

I could not have told you until Sunday whether this guy was a basketball player, football player, or rapper. It's very easy to mistake the name for a Japanese cut of steak, for that matter.

Here's the worst best part: I don't feel bad that I never knew who he was. Because of that, I also don't feel sad that he's dead. I doubt I'd have felt too awful sad if I had known who he was.

Let me say as a quick aside to any sports fan readers here. I hope this doesn't offend you, really. We all have hobbies or areas that we like to get sidelined with for relaxation and/or entertainment. Peak Stupidity memorialized Rush drummer Neil Peart upon his death a few weeks back. Yeah, I think Rush music is more important than the NBA, but that's a matter of opinion. Either way, none of this is as important as the stupidity levels rising in America today.

Yeah, it's sad that 9 people died in that crash. People are very interested in aviation (and as usual, the media screwed up that part of the story in all kinds of ways). If the crash investigation is helpful for the safety of flight, good on the NTSB. However, just a month ago, there was a crash of a Pilatus PC-12 single-engine turboprop as it was on initial climb off of the Chamberlain, South Dakota airport, with also 9 killed (3 others on-board injured). (It was likely a pilot mistake too.)

Stuff like this happens quite often, really more than once monthly, on average.That PC-12 crash killed most of a large family. Is Kobe Bryant worth more to society than that productive family killed last month? I'd guess not.

Oh, Mr. Bryant encouraged the black kids to "be somebody" with his words and (not sure about this part) lifestyle, you think? That doesn't really work. What are there, maybe 500 NBA players making this great money at any one time. Take football too and other sports and let's make it generously 5,000 black people making a good living at this sportsball. This is out of 5 million others, perhaps, of the same age. One in one thousand odds, sure, why don't you just pay the Tax on Stupidity errr, play the state lottery to get ahead in life? It's probably a better shot.

I'm sorry if I won't be taking in the week-long 24-hour infotainment about this Kobe Bryant to come. There are better and more interesting things to think about.

Moderator
PS: What a rough week for the poor Washington Post reporter, Rex. I got a feeling she might give up tweeting ... for, like, a whole week!
Rex Little
PS: Seems unlikely. Bryant hadn't been in the news lately. My guess is, she saw the first wave of news coverage and her reaction was, "Why are they making him out to be a saint? He's a RAPIST!" (That was my wife's daughter's reaction, too; she doesn't follow the NBA, but remembered Bryant's name from the rape case.)
Moderator
PS: Rex, I read about that on an iSteve thread. Is it possible, per some commenter, that she had this tweet ready to go before the guy got killed in the crash, and it was just really, really ...

Rex Little
PS What's more interesting than the all the wailing and gnashing of teeth over Bryant's death (at least for those of us with a morbid sense of humor) is what happened when a Washington Post reporter tweeted a link to an old story about Bryant's rape accusation. First, she got thousands of hate messages (including death threats), and the Post suspended her. Then others tweeted in her support, slammed the Post for suspending her, and she was reinstated.

No doubt the whole thing is still reverberating around the Twittersphere.
Moderator
PS: For me, it's not even forbearance, Dtbb. I like an occasional baseball game (live that is), and used to watch football when others were into it. I just haven't cared that much in a long time about who wins anything and about the players.

The thing is, whether it's the sports guys (and good on some of them for doing it for the love of the game) or the Kardashians or whomever else Yahoo news says I should care about, they are no better (often worse) than the average Joe. Why should I make care anymore about this accident than the other one in S. Dakota?

I sure hope the flags aren't going to half-mast. That would kind of prove my point about the stupidity of all this, though.
Dtbb
PS:I admire your forebearance. I think that's the correct word. I finally swore off the NBA. I still watch a little NFL and am weaning myself off of college sports. My buddies say the college guys do it for the love of the game. It's all the corruption around it that ruins it for me though.