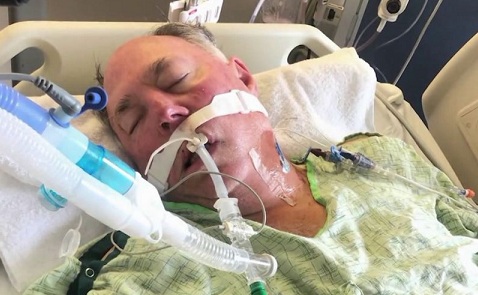 This is technically still a Coronavirus post, but our point here is about the usual bitching by the usual suspects about race and sex. After the Chinese, who really have nobody to bitch to about "Chinese hardest hit" as they sip on their bat soup and oyster crackers, it's Americans of all stripes and sizes (though leaning toward the XX), and the older ages, who've been struck by the Kung Flu. The numbers show men have been by far hit harder than women. Interestingly, I don't see any colored ribbons anywhere, and I don't see any penis-hat marches.

Because this virus has been much more widely than the older Asian virae(?), and likely quicker from afar due to Globalism, there were lots of people, who benefit from Globalism hit hardest, or at least first. Let's see, the jet-setting skiers (possibly), the overseas Chinese with the money to travel home for the New Years time, and international businessmen were the most exposed and likely to get this thing first. The Chinese are of course a large contingent, but the rest are mostly white men and a good share of white women. Look at the Italians - they are white people. The Iranians ain't the ones anyone is worried about, either.

As for Congressditz more-than-Ocassional Cotex's(didn't know she was still around and yapping) recent statements about reparations for victim-hood, well, speaking of the hood, they don't take too kindly to Social Distancing there. If you don't know black people in the ghetto and Mexicans in the barrio by now, then I'll just explain it. I don't think they want to listen to anything the white or orange man deigns to teach them, especially the Blacks. In general the men of both groups have a more macho attitude than white men. If they think those masks are ghey, then they will not be seen dead in one (unless the Coroner takes care of it).

I ought to just write her off as a kook, but the stupidity out of this Congressditz just takes massive amounts of unmitigated gall. This is not your regular 87 unleaded gall, no. This is leaded, high-test, Nitro-powered gall. Not all, but many black and brown people are going to get and spread this virus because they don't want to hear commands from the white man. For some of the lock-down, shelter-in-place Police State crap out of our Feds, Governors, and Mayors, I gotta say I don't blame them one bit.

Have your backyard BBQs and your Cinco de Mayo's. It's (supposed to be) a free country, right? However, don't go complaining that you're hardest hit either. If it weren't for the White Man (with help from the white women that occupy a lot of positions in Biology), there would be nobody to direct any efforts to mitigate ANYTHING. True, we wouldn't have heard about COVID-19, but that's only because there would have been no science, and you all wouldn't have a clue what hit you, other than from the Voodoo Doc.

As for AOC, her people, who she feels so much solidarity in victimhood with, are from the Dominican Republic, land with the motto: "Thank God we're on the other side of this God-forsaken island."

Moderator
PS: Throw-away comment? Well, yeah, I had to get some kind of joke in there somehow, haha. Anyway, I've read that the Dominicans take border control very seriously, Rex. The fact that there is a decent-sized mountain chain in the middle (obviously the original, natural boundary) is helpful.

We've got a river for what, 1/4 to 1/3 of the border, on the South, but in our case, I think it's the hostility of the terrain for many miles to either side that determines where the impassible places are. We need to build up a whole lot more hostility. It's relatively cheap.
Rex Little
PS That throwaway comment about the Dominican Republic brings to mind something I've long wondered about. Like the US, the DR shares a land border with a country whose citizens are mostly poorer, of a different race, and speak a different language. Do they have the kind of immigration issues we do? If so, how do they handle them?
Moderator
PS: Yeah, Mr. Blanc, I think I read a Paul Kersey article on that deal, if it was not from Mr. Sailer, in a quick lull from Kung Flu - 24/7. (I still enjoy Steve's writing, and he is very fair about it - Mr. Unz is a whole nother story. The phrase "piece of work" comes to mind.
MBlanc46
PS Headline of today’s Chicago Tribune about the racial disparity in WuFlu incidence and death. Our wonderful mayor (very homely black lesbian) bewailing the fact that, in the city, blacks are “hardest hit”. Nothing in this world is not the fault of us evil white males.