Sorry, Guvna', I'm all tapped out. 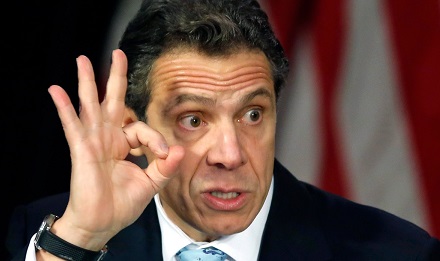 
A friend brought up a very good point about the financial aspect of this economic shutdown. It came up, if I recall correctly, when we were near downtown wondering where was the usual parking-meter guy. (I got a line ready, BTW, in case I forget to feed the meter or don't run over to the car fast enough when (or now, IF) we see him come down the block: "Hey, that windshield's just crawlin' with virae, man! We drove through a Corona-cloud on the way over. Do what you gotta do, I mean, but I'm just sayin' ....")

Retail is barely happening. Restaurant business has got to be down 75% or more, even with take-out. Bars don't do too much take-out, but, per a different friend, they do have their ways... shhhh, speak easy ... How in the hell is the State gonna make up that lost sales tax revenue. How much money are States with income taxes going to lose with an economic quarter of huge unemployment, AT BEST?

Then, there are the cities and counties. If the renters are told to not sweat the rent payments, are their respective landlords going to feel obligated to pay the much-higher property taxes? The city gets extra sales tax money in places, and there's the little things like those parking meters. Nobody is putting money in - hell, we're not even supposed to be here! That ought to work in court, once the courts open up, backlogged 2 or 3 months, "but, Judge, that couldn't have been my car. I was back home sheltering-in-place as ordered, Your Honor." How about the speeding ticket revenue? You can give out tickets, but when's the court date gonna be. Ask for a jury trial, people - that'll be interesting too.

Society is standing down in a lot of ways. That prevents governments of all sort from getting their "due" out of people in all kinds of daily transactions. "I dropped the videos in the box back in April, just after you closed, but before they were due. I'll see you in hell before I pay those library fines, bitches!"

It turns out that parasites do better with a healthy host. (But then, I'm no crack epidemiologist, either.) What is the deal then? Will local and State governments become even more beholden to Uncle Sugar, as the Fed-Gov doles the money back out to reimburse them for these huge revenue losses? Is that part of the plan of this Infotainment Panic-Fest, or just a way of not letting this crisis go to waste?

I don't think anyone knows all the ramifications of this economic shutdown. The tax starvation is one of them. I'd like to think it could result in restructuring to smaller governments all over, but that is probably dreaming. It IS after all, very hard to fire these people. Can we starve them out? I'd like to see the Governor's salary cut by 75% due to lack of funding. He may just see the light.

Dtbb
PS:The first thing I did leaving the theater after seeing "The Blues Brothers" movie on my 16th birthday was grab my friends Foghat tape and pop it in his killer car stereo and crank "Sweet Home Chicago" to the max. The good ole days.
Moderator
PS: My older brother loved the 2nd City comedy show, Mr. Blanc. I think lots of SNL stars got their starts there.

You do all the trading you want with those free agent tyrants. Just keep 'em outta my State. I wonder if we can quarantine Cuomo, were he to arrive at the airport, and collect money from NY State residents per day to hold him for extra days. It's a win/win!
MBlanc46
PS MOD: Belushi was born in Chicago and grew up in suburban Wheaton (also the boyhood home, some decades earlier, of my paternal grandfather). He was a member of the improv company Second City. Hence the Chicago connection. As far as governors go, I’d gladly trade our Pritzker for Cuomo. I’d even throw in Mayor Lightweight, uh, Lightfoot. None of them are concerned about the money. They know that good Old Uncle Joe won’t let them down.
Moderator
PS: Robert, you probably know, but those 2 guys really did play and sing the blues, not just as an act for the movie. Maybe they liked this faster New Orleans style better, or they figured the audience would (I think that holds true for me - the only slow stuff I like is by the Allman Brothers*), yet they wanted to have the movie set in Chicago. Those 2 sure sound like they are from Chicago or the midwest anyway.

"Sweet Home Chicago", for the movie, and Foghat's version too, is one of my favorites, but "She Caught the Katy" is my favorite from the soundtrack:

* See "Dreams I'll Never See" - Allmans, not the rock Molly Hatchett version, which is good too, BTW.
Moderator
PS: Mr. Hail, you credit these people with more brain-power than i do. I doubt they thought much about the coming loss in revenue. They've always just gotten more, more more, in the past. Can't they just keep squeezing the working people? "oh, right, they're not all working cause we told them ..."

As for the Feds, well they can just keep borrowing.
Robert
PS: OK, this is just the quality House Vodka talking, but I just realized that people are actually afraid of going outside.

Robert
PS: Only 75%? Where are your principles, man?
Robert
PS: A minor quibble: While the Blues Brothers was a great movie that I truly enjoyed, they used the faster Saint Louis/New Orleans style Blues; rather than the slower, more rhythmical Chicago/Mississippi style.

Maxwell Street Market at dawn on a Sunday morning sometimes had amazing shows --- Muddy Waters, Bonny Rait, the Edgar brothers, and others I am forgetting (or a bunch of nobodies) playing for free off the back of a flat bed truck after their shows and before they went home to bed.

That and the (deep fried in lard) breaded pork chop sandwich.
Robert
PS: A few years ago, I worked with someone who's new years resolution was, 'F*** them all.' After a couple of years he upped this to 'F*** them all to b***** H***!' This is about where I am now.
Hail
PS -- That they have crippled their own tax bases _would_ seem an argument against "Corona as Soft Coup d'Etat". But (as they say) sometimes you have to break some eggs...