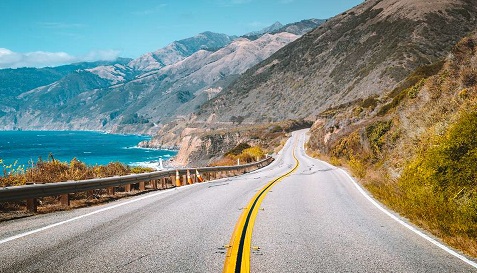 Is it not time for a road trip? I'm telling you, if I were single and younger, this would be time to hit the open road, and I do mean open now. I am very thankful that I've been everywhere in this here land already.

My suggestion to any younger folks reading this blog: Road Trip! When will gas ever be this cheap again in real dollars? Peak Stupidity happens to have a subfixation with gasoline prices, as they are just something I seem to easily remember over the years. For more on the long-term changes in gas prices, see "Recent history of gasoline prices" - - Part 1 and Part 2.

The movie Road Trip was from 2000, yet, it was actually not too PC and very funny.

In the latter part of our post Inflation and the point(s) of shopping by price, I give the illustrative pitch on inflation via the price of gasoline in silver. Look at the numbers in that post if you're interested. Now, at $1.25/gallon and lower, those 2 silver dimes that would have gotten you just under a gallon of gas at their face value (20 ¢) in 1964 will get you 1 3/4 gallons of gas. Gasoline is in the ballpark of 1/2 the price as it was 56 years ago! That should not be a problem. Take the knobby-tired Jeep, that 2nd generation (Jim Rockford-style) Trans-Am, the RV or land-yacht, who cares?!

See you can even have fun with the whole family, if you all are Non-ESSENTIAL people. We don't need you. Burn those $1200 checks on the road on the way to Wally World. Seriously, if we'd never seen California, or the Olympic Mountains in Washington, the family would be collectively calling in sick right now, and gassing up the car... err, the one I know will make it, that is. See this beautiful country while you can, and maybe... 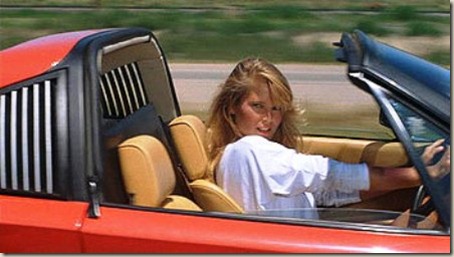 (OK, that was not really relevant to this post, but it's from the same great movie, Vacation.)

Again, the roads are wide open like you've probably never seen before, no matter what age you are. The thing about the interstates* is that they were built for cruising non-stop AROUND cities, but that's not the way they ended up. What were the various 3-digit routes (or often the main interstate) well around have exurbs built up right to them, and become beltways, clogged with traffic for significant parts of the day. With the shutdown, who's driving to work and back?

I've always speculated on doing this, but traffic would have precluded it: A few drivers in a vehicle with good milage and extra tanks piped-in could drive the cross-country route on the I-10, Jax, FL to Los Angeles, the I-40 Wilmington, NC to Barstow, CA, then LA, the I-70 from Washington, FS to western Utah, then the I-15 in to LA, the I-80 from New York City to San Francisco**, or the I-90 from Boston to Seattle, WITHOUT STOPPING. Well, yeah, you'd need a piss bottle, well a jug really***, a couple cases of moon pies, 3 cases of Corona (you know what I mean), enough Red Bull, and your sunglasses, but hey, it's possible now! This is no pie-in-the-sky thought experiment anymore.

The only thing we're missing now is the great music that must accompany any road trip. We're gonna have to go back a ways. The Blues Brothers' She Caught the Katy has been featured on Peak Stupidity before. There's always this old classic, from a time of freedom that none of the young potential road-trippers could even imagine today:

The band was called Steppenwolf, and the scenes are from the movie Easy Rider from back in 1969. No, you can't do all that today, but you could have a good time and get away from the Police State for a while, at least in your head.


* And I highly recommend getting OFF them anyway, even with good traffic when west of the Mississippi River. You're gonna see a lot more of the country, and you can go just as fast in most areas.

** Well, right now, you might not make it out of New Jersey.

*** Just don't spill it out with a cop behind you. A friend through out a half-filled coffee cup long ago, and it got onto the windshield of a cop behind you. "Sir, that's littering and ..." "Yeah, please don't follow so close next time."

A cop saw him drinking a can of Bud and swung around and pulled him over. He had gotten rid of the evidence already, and then told the cop "nope, it may have looked like a Budweiser, but Crackerjack boxes have the same color pattern." It went to court, and he won. I don't know if he won because the judge believed him orjust because the judge thought "now there's a budding lawyer for ya'... don't want to impede his saving money for law school. We could really use a guy like you" "That was a real crackerjack defense, Bud!" Haha, get it? Bud?
Moderator
PS: Bill H - that is pretty ridiculous. Public place, my ass! (I suppose that kind of thing would go to the OLD Supreme Court, when they actually decided tricky Constitutional issues, rather than make law. You're car is not a public place, but it's on a public road ... hmmmm.)

Anyway, that's just being a dick on his part. Remember when one could drive up to a drive-through window at a liquor store to buy a case of beer (no Corona, back then that I can recollect), while a SENIOR IN HIGH SCHOOL? Then you drink it hauling ass down the road at night, steering with one finger, as that's how the land yachts were, and then threw the empties out of the window. Yeah, I don't condone the last two, but, just sayin ..
Bill H
PS Just be careful in Utah. It's a beautiful state, one of the best, but it's a weird place. I was tooling along and being passed by a Highway Police vehicle, and the cop looked over just in time to see my girlfriend, in the passenger seat, take a nice big drink out of a can of beer. (Thanks sweetie.)

Of course he pulled me over, no surprise, but the charge did surprise me. I was given a ticket, not her, me, for "allowing my female companion to drink alcohol in public."
ganderson
PS Last April, while driving along I-90 from my Western Massachusetts college town to Buffalo for the NCAA hockey Frozen Four. I decided to play every version of Scarlet-Fire on my I Pod classic. Lasted from about Utica to Rochester!
Truly a Dead-head thing to do!

In case you're wondering I think the best one in my collection is 5/17/77, University of Alabama, Tuscaloosa, AL. Honorable mention to 2/3/78 UniDome, U of Northern Iowa, Cedar Falls, 5/11/77 St. Paul Civic Center.
And a nod to Wrigley Field last summer- second set opener was Spanish Jam into Scarlet (no Fire)
Robert
PS: Dtbb: As I get older, I find that much of the music I liked when younger has "too many notes". But Foghat and Ted Nugent remain good.
Moderator
PS: Yeah, "Slow Ride" off of Foghat's "Live - Bootleg"? Great stuff. I don't know "Stranglehold" - please fill me in.
Dtbb
PS:Stranglehold that is
Dtbb
PS:Slow Ride and Stanglehold are great driving songs too in my opinion.