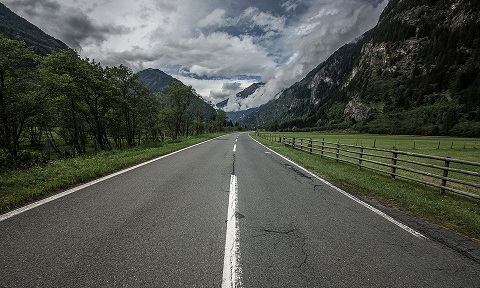 A month ago (wow, this has been going on just too damn long!) Peak Stupidity posted The Kung Flu Gap with a quick theorized explanation of why American are split in a new fashion between the pro-panickers and the anti-panickers (E.H. Hail's terminology). To put it simply, it's likely a matter of how much time the Americans on each side spend in front of the TV ("idiot plate" is our terminology) and smart phones.

I have been thinking of another factor too. In my opinion, those who have been falling for the Infotainment Panic-Fest narrative lack something called perspective. OK, they have the WRONG perspective, so by "perspective" from hereon, I mean good perspective (knowing that those railroad tracks don't meet down there 1/2 mile down the track). It means knowing that the media shark-fest summer of 2001, canceled for the season after 9/11, was never a serious problem for a non-negligible number of Americans It means knowing that that the bills being drawn up in the US Congress will end up being more important that the results of the Final 4 playoff, this one being a toughie for lots of American men.

Above all, it means knowing the the Lyin' Press loves the readers, viewers, and clickers more than it loves the truth.

There have got to be plenty of people with some vague memories, as I have, of the viruses out of the Orient in the 1990s and the 2 decades since. For some, there are memories of that Swine Flu of the mid-1970s, and well, we can read books about the Spanish Flu of just over a century ago. Did we all just forget how things were handled by non-hysterical people when the Bird Flu, the H1N1, SARS #1(?), and number of others* came around? News was disseminated, doctors and epidemiologists kept up with it, and most people really didn't give a rat's ass unless they felt that kind of sick.

All I can remember of the response to the last one is a bunch of Japanese tourists wearing masks coming off the 747 at the hub airport. I didn't know what to make of it, other than, man, keep that shit over there.

What's different this time? Is the disease really that deadly? People are following the fatality ratio (both numerator and denominator of which being VERY uncertain due to what we've explained before), the number of cases in their states, the number of deaths CHALKED UP to the COVID-one-niner, and the same for their city, county, and country, as if they had 10 large riding on each one. (Are there bookies for this stuff? They'd probably want to stay out of the news.)

This all goes back to my last explanation of the Kung Flu Gap, the media-obsession factor. There's more though. If one has kept his perspective, he will keep in mind that the media wants to work this thing until they've made a killing. He'd keep in mind that governments LUV LUV LUV to exercise here-to-fore never imagined powers. With that perspective and his remembrances of those past viral epidemics, he could easily come up with rational thoughts about this Kung Flu response being seriously overblown.

Young people don't have this perspective yet. If this is the 1st time they've read about, or listened to, something like this on their phones, well, maybe it is just like The Andromeda Strain, which they are too young to have read because, for one thing, the book's too long, and doesn't have a scroll button. Look at the even younger people, the kids, and notice that the world is new to them, and most things that you think are fairly new in the world are all that they've ever know about it. For an 8 y/o, seeing stories about shark attacks each evening would have him thinking it's the biggest problem right now in the world. Most of us are > 8 already and should be gaining some perspective.

Additionally, young people ARE the ones on their phones for significant portions of the day. OTOH, they are supposed to be media savvy, not trusting the main Lyin' Press.

For someone at the age at which this new bad strain of virus IS a threat, he's got a reason to be worried. Anyone below that age, yet old enough to remember SOMETHING, dammit, of the last few times, ought to have enough perspective to not be hysterical right now.

This time around, we've been told that this is like nothing seen before. It can stay on doorknobs for days, it spreads five feet away whenever it wants, it flies, it crawls, it slices, it dices, it makes julienne fries ...

As commenter Digital Samizdat on unz wrote: If this were a real plague, do you think we would all still be arguing about whether or not it was a real plague two months on? Thank you!!


* While searching for one of these names, I came upon the Jokes 4 Us site, and the only somewhat-non-groan-worthy one on their viral epidemic joke page: Someone once said that when a black man becomes the president, pigs will fly. Sure enough 100 days later..."swine flew"

which says in part:

__________________________
The funny thing about thinking about the pro-Panic/anti-Panic split is that whichever parameter you “zero in” on, there are immediate counter examples, as you say yourself in your reasonable comments on perspective.

An example of what you say is the commenter Buzz Mohawk, who I think is b.1950s. He is one of the many regulars over there who is strongly anti-Panic, and has several times said specifically that the 1968-69 pandemic flu being no big deal. That is in his memory/experience of having gotten that it, the so-called Hong Kong Flu. Yet others who remember 1968, who therefore also have that perspective, are definitely on the pro-Panic side.
_________________________
Hail
PS --
"What's different this time?"

A question that will be studied for years from all sorts of angles. I am convinced it will be.
Moderator
PS: Mr. Blanc, I don't blame you at all for being very cautious yourself on this one. I blame those "betters" for not leaving it up to we sensible people. Sure, they feel a need to cover their asses, as nobody knew as much as we know now about it. I just don't see how anyone with any perspective could have seen this as being the Black Plague or the Andromeda Strain without having a faith in the Lyin' Press that, well, if some Governor has, he should be thrown out on his ass.

We all saw the Wuhan festivities first. The first actions out of our betters was just throwing darts at anything. If they didn't have some solid information, their reactions should have been to stand down.

That said, I don't at all mind having all kinds of bulletins/advisories or what-have-you come out as more is learned about some virus like this. The declaration of emergencies to allow these new powers was un-called for, IMO.
MBlanc46
PS Being over 70, this is one that I‘d really like to avoid (unlike the old Hong Kong flu, that I pretty much ignored). I would think that anyone in the high-risk groups would try to avoid it, as well. I’m far from convinced that it wasn’t sensible for our betters to ramp things down for a bit until they got a better idea of how this puppy behaves and who is at greatest risk from it. We now have a pretty good handle on those things, so it’s time for those of us in the high-risk categories to take care of themselves (with perhaps extra assistance for the really aged and infirm) and let everyone get back to their normal routines, taking such precautions as they see fit.