Written in Chinese: Fuck off and Four!

In the Peak Stupidity post Dashed high-hopes for China - Part 1, we promised at the bottom to post more about Chinese superstitions. That was 10 days ago, so I think this is an auspicious day to write this... it better be, because my ex-hippy astrologer is working from home still, hard to do any palm reading or palming of anything ... OK, what the? The virtual Ouija board she uses seems very buggy.

This post will just deal with the weirdness the Chinese people have about numbers, with a comparison to this type of weirdness in America. Note the following: 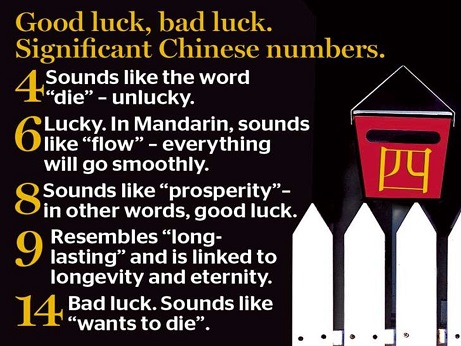 That Chinese #4 is in the right order, at the top, as far as numerical superstitions go there. However, "sounds like", or "nearly homophonous to the word "death"", per the Wiki page on Chinese Numerology, may not make the problem clear. There are 4 tones in Mandarin Chinese, and a syllable will usually have one of the 4. Is "die" just a different tone but with the same sound as "four" otherwise? (I can't even write it to help you if you don't know a little bit, because the "s"-like sound has only Pinyin lettering to describe it.) Anyway, 4 is bad, mmmkaaay?

I'll do a little comparing along the way here, with American numeralogical superstitions, Yes, we have our unlucky 13, as noted inauspiciously on a Friday the 13 with a full moon last year. Peak Stupidity asked Doesn't anybody fear Friday the 13th anymore?! Commenter Bill H, a sailor of some sort, noted that the date/day combo is still a sensitive thing for sailors. That doesn't mean the number itself is.

This "13" thing is mostly just a lame joke now. It doesn't even matter in gambling where you've got nothing else BUT superstition to have a system, unless you are the Rain Man. Think about it: neither two dice nor playing cards go up that high (Kings still count as 10, right?)

They didn't all used to, but buildings now have 13th floors, airport terminals have gates with number 13, and there are row 13s in the modern airline cabins. This latter bit really used to matter. My guess on that is that, going back 30-40 years and further, there were plenty of passengers who'd never been on a flight of any kind before. Airline travel was reasonably safe, but less than nowadays, and plenty of people were nervous. You could smoke in the back if that helped, and it sure did! You may have purposefully avoided row 13, so the airlines could fix that worry tout suite(?) by just relabeling the rows. ("Stroke of the label-maker, law of the air.")

Sure, in America, the lucky 7 is still bandied about at the craps tables, but if you take that really seriously, you deserve the all the beating you will always get in the long run. Otherwise, 7 is not a deal to anybody, while in China, the 8s are still lucky stuff. For example, if you were born in 1987, besides being supposedly like a rabbit*, you should turn out bi-polar, I suppose. If born in 1887, you are likely a well-adjusted tri-polar individual, but at 133 years old, that's probably the least of your problems. Again, the astrologers are all working from home, not being essential employees (what a crock, right?!), so I'm just winging it here.

It was the proprietor himself, Ron Unz, of the unz.com site who wrote one time (I think to me) that Americans have just as much superstition as the Chinese. That there is a guy who knows only what he can gather from his ivory tower. It's nice to read both the good and bad about the place from someone like John Derbyshire (pronounced Dar'-bi-sher), but not the hate-America, kiss-CCP-ass Ron Unz. I've told the dude to take a trip to China, well after this Kung Flu, when they'll let him in.

No, the Chinese are superstitious about lots of things. That is what happens when all religion is beat out of people by Communists for 40-odd years... well, and still counting, to some degree. (Peak Stupidity has a little more on that in our Part 3, paragraphs 7-8 of the series Russians and Chinese and Bears, oh my! (and Pandas) from September of '17.) The fear of number 4, and a tad bit of worry about 14, is still a thing there: 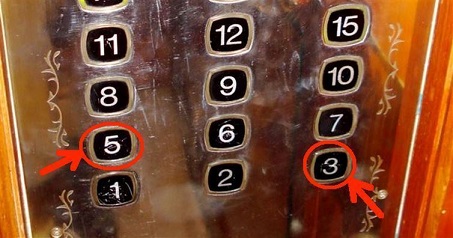 In that Part 1 of our 2 "high-hopes" posts, linked-to above, I noted the fun with SIM card phone numbers way back when I first visited China. There are lots of Chinese people in America now, so some of this superstitious stuff may be seen by Americans and appropriately laughed at. Still, perhaps we should be more sensitive, as, I mean, if you are red-blooded Chinaman arriving at the Charlotte Douglas Airport, would you set foot in this cab? 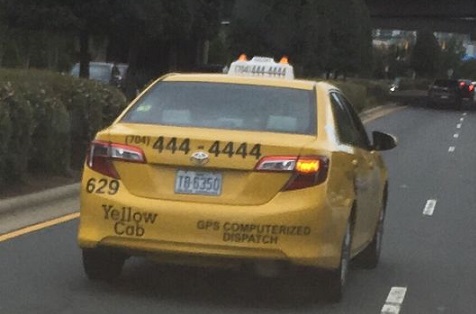 No, no, no, not because there's a black driver! Of course not, as only white Americans can be raciss. I'm referring to the phone number. Can't you people be more sensitive to the wishes of our esteemed future owners , err, visitors?

MBlanc46
PS It seems to me that most people in government are self-serving when not downright corrupt, but a lot of them are not stupid (at least not Peak Stupid). How could they not see that giving our entire economy to the Red Chinese would end badly? I guess that greed tends to blind folks.
Moderator
PS: Yes, Mr. Blanc, they seem to be taking over. I see it as just economic power for now, but, in a way, economic power is EVERYTHING. Too bad the Neocons don't realize that the military can't fight China using a supply line that comes from China.

"We are calling for a truce, lasting until we receive those back-ordered parts for our aircraft that were supposed to come last week. We are therefore suspending our blockade of the shipping lanes. We'll keep you posted on Facebook."
Moderator
PS: Even when they used to do this, Robert (and I remember plenty of instances), people took it as kind of a silly joke. I think the Chinese people are much more serious about this superstition, just like a lot of others of theirs, having nothing to do with numbers.

Yeah, well, the nympho thing should come around every 12 years, with the year of the rabbit. Then again, it's all bullshit. Speaking of this, were these Lesbians pretty hot? Too bad that was before youtube!
MBlanc46
PS It will be amusing to watch our elites attempt to ingratiate themselves with the new Chinese overlords, as the new Chinese overlords take control of more and more of the world. I’m glad, however, that I won’t be around for the really hilarious bits in two or three decades, because the amusement will be tempered with some anger and a lot of hatred.
Robert
PS:

The elevator may have had a button for floor 13; but if so, it didn't work. Certainly no apartments there.

That was almost forty yeares ago; and as they say, if you remember the xx's you weren't really there.

Robert
PS: Two buildings I have worked in:

a) (built in the 1920s) went from floors one through twelve, and then Penthouse. My brother almost died in the Penthouse when his girlfriend (accidently) poisoned him --- not quite a tail for Penthouse Magazine.

b) (built in the 1970s) the elevators went from one through twelve, and then fourteen through thirty-five. (The mechanicals were on thirteen; accessible only via the freight elevator.) This building had a lesbian couple who would put on performances for the elevator cameras that were (rated R) almost suitable for Penthouse.

P.S. The only two Nymphos that I have knowen were neither 33 nor borne in 1987. (And why do I assume that Nymphos are heterosexual females?)

P.P.S. Not that I would ever get involved with a Nympho. Not me. Nosiree.