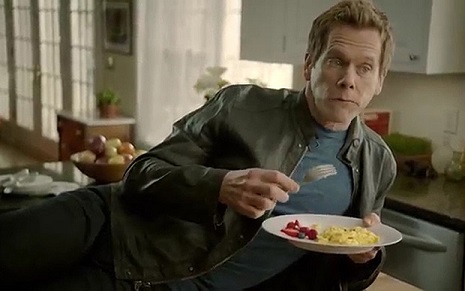 This post is what I'd really meant to write about in that Kung Flu v VD post of almost a month back. I got sidetracked by the VD part, I guess...

I want to write a bit about one of the assumptions about this current Corona bug that we haven't been hearing that much about over the last month (course, I don't watch any TV - don't want to get infected from the remote). As I just alluded to, it's that extreme contagiousness that people were freaked out about that doesn't seem to have been followed up on that much. After all, as a commenter on unz* noted, all these reports of un-infected people, per Steve Sailer posts to them, etc. would make one think that this virus is NOT so extremely contagious.

I mean, we read of people in the same nursing home dying FROM it, which I can believe. We read of hospital staff getting infected, with most not dying from it. Of course, they have a lot of contact with patients with all kinds of problems. If you're talking airborne infections, hospitals have all manner of crap flying around. Who's to say that those doctors, nurses, and techs that died WITH the Kung Flu actually died FROM the Kung Flu.

OK, well, they say, it's contagious as all hell. It stays on doorknobs for 8 days, rear-view mirrors for 2 days, 5 hours, and 45 minutes, Skil saw blades (this one has a great grip strength), so don't touch them, OK? It remains on toilet seats longer than any other germs, and will in fact gentrify the toilet seat of all other germs, then proceed to the nearest orifice it can find ... or some such scary stuff.

Whaddya' do about this, other than burn infested clothes, spray isopropyl alcohol (71%, mind you) all around the house with a big spray bottle, and then carry around enough gloves, wipes and masks to cover your tracks... till this is over? The kids were playing basketball a month ago at the park, after the time this Corona had become the BIG THING, but before most of the other parents had grounded their kids for "the duration". "Hey, we're playing with different basketballs, so it ought to be OK", said my boy. "Yeah, but let's see, if that kid's basketball hits the rim (he's a white boy so that's no sure thing), then the virus gets on the rim. Then, when your ball hits the rim, you may get those germs on it, and then you'll get 'em off the ball." This was good practice in logic and so forth, but in the meantime, the boys were running around, throwing contaminated dirt clods, and playing tag and what have you.

Thinking of all the ways these supposedly super-contagious germs can go from the air to surface, surface to human, human to surface again, or just fly out into your face on a big sneeze, the old-fashioned way, can make one kind of paranoid, in a Howard Hughes way. You've got people at the store wearing rubber gloves, but those gloves touch everybody's items, and/or cash that came from their hands and then end up back in your bags. Do you wipe every single thing off when you come home? People would need to keep changing out masks and gloves** like mad.

If these germs were so contagious though, wouldn't we all be infected by now? Maybe we nearly are, and most of us are not susceptible to the virus at all. OTOH, if it's really got a 0.5 - 2.0% morbidity rate as people have been claiming, then there really ought to be a big "bring out your dead" 24-foot U-Haul truck running around.

They may not be talking about the Kung Flu, but people say that everyone is at most 6-degrees of separation from Kevin Bacon. Hopefully, he doesn't have it, and it's not on his bacon either.

Since we don't have a video with Kevin's bacon, how about a video of Kevin's chili. Talk about your unsanitary conditions! Good luck to the folks at The Office:

* I can't remember where and am quite pissed at myself for not explicitly thinking the same thing.

** Go long face masks and gloves - another valuable stock tip from Peak Stupidity. We've been correct every time, just a month or two late in divulging our picks.

Moderator
PS: I didn't know of this book, Mr. Kelley. I've got a list of books to get, once the damn library opens, but I can take a look for that. I knew long ago that I didn't want to be a doctor (from friends in Med School). All the ways the body can let us down are myriad and depressing to think about, so I am amazed we can live at all.

Being in the hospital is a sad time even if you know you're getting out of there OK.

Thanks for reading and for the comment.
D Kelley
PS Ever heard of a book called Confessions of A Medical Heretic by Robert Mendelsohn? I read it oh, so many years ago. I wonder what Dr. Mendelsohn would say about this current madness? He'd probably approve of people staying away from hospitals, at any rate.
Moderator
PS: What, you mean I'm not required to? What a relief, Bill, but... I better call the government first and check.

You be safe now, ya heah...
Bill H
PS Wait until they start telling us the virus can travel over the internet, and that we must all wear masks while stitting at our computers or using our phones.