You can steal a lot from a dummy. 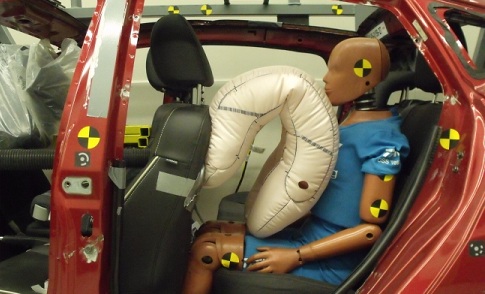 From what I follow on VDare of his immigration promises and inaction on the same, President Trump bats about a .100. That is, it seems that only 10% of his threats to the open borders crowd, i.e., promises to Americans, get past whatever roadblocks or just our realizations that the man is mostly a bullshitter, to get set in place.

The latest threat, i.e. promise to us, comes from a Chinese source, at least for me. The news is probably out there, but in China the folks who are interested in America know that a new program will be the kicking out of about 3,000 graduate students from programs at American universities. If you're not familiar, though "students", in graduate school, these people mostly do research. Graduate students used to split their time among their own studies, research, and teaching (with research and teaching alternating in some fashion). In the case of the Chinese graduate students, it's best for all concerned if they DON'T do much teaching. Therefore, they are heavily involved in research*, where much specific technical knowledge can be gained.

Our government may be using the current animosity between our countries as an excuse, or vice versa, as in, using this to add fuel to the fire. Either way, the point is that these 3,000 are people thought to be involved in industrial spying. 3,000 is somewhat less than 1% of the number of Chinese university students in America, near 1/2 a million, counting undergraduate students. It's a pittance, and I'd venture that 2 to 5 times as many could be doing the same thing.

This is not something new. This kind of thing should have been being done on a regular basis for the last 25 years! That's at a minimum (since mid-1990s) the length of time American universities have been letting the Chinese students and Chinese government take advantage of us.

It's not just the universities though. Military research installations and all sizes of American industry (what's left of it) have plenty of Chinese graduates. I'm sure a large portion of them are just decent hardworking engineers and scientists, but a country really can't afford even a fraction of a percent being industrial or military spies. By afford, I mean both militarily and economically.

An acquaintance of my Chinese source in this matter worked in Detroit in the automobile industry until about 10 years back. At that point he went back to China as an expert in airbag technologies. This industrial spy , errr, gentleman hired himself out as an expensive expert and helped the particular auto parts manufacturer I have knowledge of develop airbags for these Chinese vehicles.

What could the folks back in Detroit do about this? The guy's gone. They could have done something about it ahead of time, with some foresight, but it'd mean discriminating, OMG, in hiring. Perhaps, their short-term thinking didn't involve any worries about competition 10 years thence. 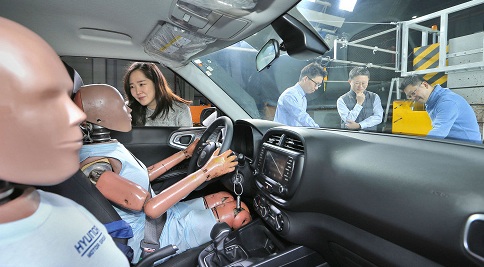 (I mean, is it just me, or does that driver dummy have a decent rack?)


It's got to take a good poker face for any Chinese official tasked with making official complaints about these 3,000 agents of espionage being kicked out of the universities. "I am shocked, shocked, I tell you, that there is industrial espionage being carried out by our graduate students!" "Go ahead. Arrest the usual 3,000 suspects. See if I care. We have 20,000 more ... oops did I say that out loud?"

I will say here that this may be one of the hits that brings the President's average up to that .100 range. It souunds very definite. There are said to be a bunch of charter flights set up to take these ambassadors of goodwill back this Thursday (that's only 10 flights on the wide-bodies).

* Yeah, it's another cheap labor program. It's work that apparently Americans only USED TO do.

Moderator
PS: GLF, I get your sarcasm, but if I hadn't, I would strongly suspect you are using a pen name for an unz.com writer named Godfree Roberts. It's very jarring to realize the guy is not a parody.
Moderator
PS: Thanks for the stories, Robert. It's great that at the NSA level, people are careful about who knows what (not that I'm any kind of fan of that org.) I've read of way too many foreigners (mostly Chinese) that have been found to be spies at National laboratories and such. Sure, they need security clearances, but just like the background checks of the Somalians who are a big portion of the ramp (outside) crews at Minneapolis-St. Paul airport, can your really get the background of someone from a (very) foreign country?
The Great Leap Forward
PS-China loves us dearly and just wants to give us a big hug and the fifth column known as the democrats or CPUSA will make sure that it happens.
Robert
PS: Ten to twenty years ago, until health and family issues intervened, I was doing research funded by No Such Agency, at a major university. While we had a couple of dots, the slants could never quite hack it, so we were safe from Chinese espionage.

While I was reasonably effective, my major talent was that I had no proper background for this type of work. While this area of work (Formal Methods, Computer Aided Verification) had some benefits, its main selling point was in its ability to make clear the issues/questions/unknowns involved.

Thus I was often invited to meetings where my job was to say things like, 'I don't understand that word.' at just the right moment. Apparently I was really good at this.

So here is my point. It used to be that Industrial Espionage was something we spent money on and were really good at. This was one of the NSA's jobs, and they did it well. Now, industrial espionage of foreigners is one of the jobs Americans just don't do.

A couple of times I went to meetings at a major defense contractor, and they were really careful to limit what I might learn. Apparently, in recent years it had become increasingly common for the NSA to say, 'Well, we (DoD) want this product, but we noticed this problem with your submission. Why don't you try (X)?' where (X) was from an American competitor.

In earlier years (X) was of foreign origin, or collaboration was suggested.