Florence Bueller, you're my hero! 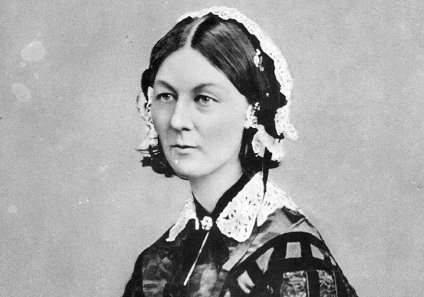 "Heroes are here." or "Heroes work here", or "Heroes shop here.", one of those was on a green sign inside the drug store. I saw it walking out toward the register with no mask (got lucky to get no grief this time). What the hell were they on about with this, I was wondering. Are we talking "First Responders"* again? I don't think that's all. This Kung Flu Infotainment Panic-Fest, of which we are in the 2nd season of (the pilot was a big hit!), has included this worship of anyone in the healthcare field. Nurses, Doctors, "Techs" (formerly Orderlies), etc, should all be looked up to now, as we used to look up to the Marines at Iwo Jima, even capitalized, like the way I did it.

How about at this drug store I was leaving? What was the sign about? (I'm sorry I didn't snap a quick photo.) Who were the heroes? The pharmacists? I mean, they are nice and all and unfortunately way over-educated nowadays**. Due to that latter, I doubt they want to stay home and let this latest occupation get completely taken over by machines. Maybe the sign-makers mean the lady ringing me up for snacks, who heroically didn't say a damn thing as I didn't wear a mask and spread Covid-Cooties all over the little keypad. (I still pay cash, but I had to enter my fake phone number on a keypad for the discount.) Did the Doolittle Raiders come in to the drug store for meds and a photo op?*** Maybe it's about the customers, but I don't freakin' know.

Listen, the family member in the healthcare field that I've mentioned once or twice has plainly shown me her hero status. It turns out that she and her colleagues ain't no Florence Nightingales. Last I heard (about 3 months ago, during the biggest Season 1 hype) was "if there are many cases on my floor, I'll just go ahead and quit." In the meantime, they are all wearing PPE out the ass, or at least covering it, and the hospital chain administration has gotten people scared to death over something that's no more contagious than any other flu, and likely won't effect them at most of their ages.

The effect is that those poor patients in the hospital for serious ailments of ANY KIND, some near death, are extremely lonely. Doctors never visited much anyway, but now they just call the floor on the phone, and nurses, even if they have no problem with working with these patients, have to gear up heavily, causing them to avoid these rooms. For all the patients, no family or any other visitors are allowed, and I guess not even a preacher is, for a talk as they are frightened as most of us are bound to be when leaving this world. What a terrible thing to do to these people!

Still, apparently they are all our heroes now, even that asshole in billing that has been bugging the crap out of you about that radiology bill. You need to show some respect on the phone, like this: "Hey asshole, I paid the co-pay 2 months ago - you need to talk to the insurance company, not me, to straighten it out, and I don't know how you got this number, because I always give out my old land line, and I've been turning off caller ID! I only got the X-ray because the Doc wanted to cover his ass, so you all can go to fucking hell, and .. THANK YOU FOR YOUR SERVICE, SIR!"

And now, to fit the post's theme somewhat, here's some obscure Beach Boys music from Brian Wilson's playing-in-the-sandbox daze. Being a bit mental did not hurt the music at all, but it did change it from the similarly-sounding short, rocking surf numbers to the music of Pet Sounds, which many think is one of the most creative rock albums ever made (they compare it to the Beatle's Sargent Pepper's, but I could come up with 500 others, really).

Heroes and Villians is from this great band's next album after Pet Sounds, called Smiley Smile, from, oh, about 53 years ago.

This song is not like Surfin' Safari, Little Deuce Coupe, or 409. It will have to grow on you a bit.

** With all the software being used in this field and the power it has, it's a shame they don't have an opportunity to use their knowledge very often. I did have one guy tell me that this one food should not be eaten when using this particular drug. The guy was right, per the internet, at least, and no doctor had said a single thing about that.

*** I know, if there's not one guy left, they may have all died by now. They used to get together each year, but that goes back > 10 years.

☮
Moderator
PS: No, of course not, Mr. Blanc, Heavens to Mergatroid! Yes, the MBAs are on the Peak Stupidity pet peeve list too. We've had a post on that.. hold on ... here:

I really think that those on our side could start with some real civil disobedience and cause quite a bit of havoc with that. Of course, they won't be treated by the Establisment the way the Establishment treated the lefties in the 1960s. The current Establishment couldn't give a rat's ass about law & order and due process and all that. That's why it'll have to come eventually to what you suggest, without advocating violence ...

of course.
MBlanc46
PS “Heroes”. Marketing silliness. Shakespeare says, “First we kill all the lawyers”. Well, lawyers are certainly high on the list. So are politicians and bureaucrats. But guys with MBAs in marketing—all MBAs, in fact—should be right up there, too. I probably won’t live to see it, but I hope that some of you younger guys will be able to put Mme Guillotine to work. Or Old Sparky. Or even just the rope. Show some if these knuckleheads what a real noose is. Before you put their heads through them. Not that I’m advocating violence, you understand. Heavens to Betsy, no. Never.