These are not your father's treehuggers

"Will harangue for food?" 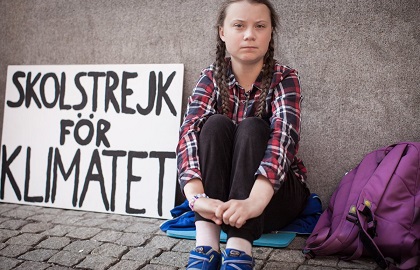 (Did I get that translation right, Mr. Ganderson?)

Here in America, with other hysteria taking priority, we have gotten a welcome break from the harangues and harassment of the treehuggers for half a year now. "Greta who?" Right? Occasionally the Kung Flu stupidity and the Global Climate DisruptionTM stupidity are combined into a larger, denser piece of stupidity by some enterprising, even stupider people. The hysteria from each one combine not arithmetically but as a product, i.e.

This break in the Environmental Stupidity must have created some space in my mind for flashbacks to the early 1990s and the treehugger agenda at that time. The goals were much more specific back then. I don't at all condone lying about saving owls and their habitat when it's really about saving old growth forests, mind you. That's what it was. I have no problem at all with Americans trying to save the old growth forests, but a) Put your money where your mouth is, as you are destroying good jobs in the process, and b) Don't lie about it, using cute owls and lynxes as your poster boys.

However, yeah, I'd hate to see the whales gone from the oceans of the world, so, save the whales you say? Maybe I'm down with that. Tell me more. A local musician that'd play a lot on the outdoor deck at a bar nearby had a "save the whales" number in his repertoire of mostly original songs. He was not crazed radical, just a young man who could play folk guitar and wanted to pick up chicks, like everyone else. I never did get straight whether this whale tune was his song or not, because part of the lyrics were the "Oh, oh, and up she rises...", but not followed by "way down in the sea-oh", as the old song from a kid's version(?) of 20,000 Leagues under the Sea went. I had this faint memory of the music from that kids story and something about one Captain Nemo (no, not the Saving Nemo Nemo).

In the chorus though, the song went "... going out to kill the whales". Well, that's not nice! When you go back to the early 1990s though, the country was still sane enough to where not every criticism had to be about America. It was not mostly American boats still doing whaling, but Japanese ones. If they can eat sushi, I guess whale fillets would go over well there too - high in Omega-6 acids, with maybe a side of blow-hole soup, why not? The Save the Whales crowd at least had an actual, tangible piece of destruction of our ecosystem to work against, rather than lame-ass, non-workable mathematical models of the entire Earth's climate. They didn't mind criticizing the Japanese, too - I recall this.


One of your fathers' treehuggers: 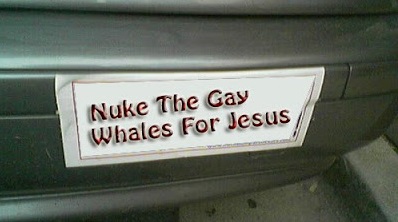 Maybe it was just me being a lot younger, but it seemed back then that the treehuggers back in the day were just an impediment for some industries, annoying, but pretty good songwriters. The treehuggers of the present day, with their plans to change entire economies*, seem to be a threat to the very existence of America, as if we didn't have plenty others of those.


PS: I never saw an instance of this particular anti-whaling song helping our musician friend pick up chicks. Maybe that's just my failure to hang out at the bar till 3 in the morning, like some of the people there. He was a good guy though. I hope he was able to make at least a semi-living playing music.


* I gotta say, the refusal of President Trump to sign the ridiculous Paris Treaty was one of his most solid moves.

MBlanc46
PS Conservation and preservation are fundamental conservative attitudes. Conservation and preservation often come into conflict with capitalist development. So this is an area where the Right and the Left can come to some agreement. However, as is their wont, the Left refuse to see it as a subject about which negotiation and compromise are possible. Nope, everything done by humans over the past 100,000, years is evil and must be eradicated.
Moderator
PS: Thank you, Mr. Ganderson (I did know the 3rd word was climate, but humor me, guys...)

Mr. Smith. Yeah, old growth forests are worth saving but there has to be a workable plan that's not simple takings of property. I really appreciate the one group, The Nature Conservancy, that is involved in making monetary deals with land-owners, planting billions of trees, etc. They seem to put their money where their mouths are.
Adam Smith
PS: gallons of spittle per university credit hour...

Looks like your banner graph was overly optimistic.
It's good to be an optimist.

Surely the lumber jacks can be employed cutting down regular young growth forest.

Save the straight whales!

☮
Ganderson
PS “School strike for the climate.” Close, though.
Moderator
PS: TGLF, I can't wait ... to watch the end of all that ...from the redoubt or Uruguay, one.
The Great Leap Forward
PS If esteemed party member comrade kommissar Biden gets across the finish line then the Green Nude Eel will be etched on stone tablets.
The NYC to Hawaii train will run on unicorn flatulence and Solyndra solar panels attached to the roof of the train.
AOC will be the conductor and all drinks are on the house for all comrades of the glorious collective.
The rolling blackouts in California will go nationwide as the Übermensch of the CPUSA build the golden utopian paradise which will resemble a Benetton ad.
Everyone will get a magic chocolate fountain and a cargo cult drop off each month to go with the UBI.