Christianity - Living for the next world, but what about this one? - Part 4 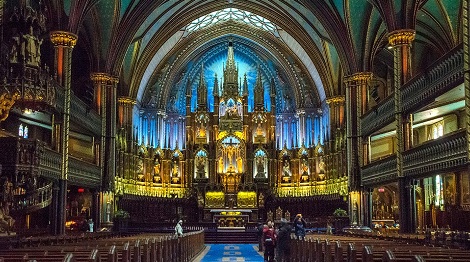 This series of posts has been kind of disjointed and rambling, so, for consistency's sake, we'll keep up with that style herein. We'll start out with some more thoughts on the small scale and then go to the big scale and wrap it up.

These thoughts started from reflection on the case of Little Landen in Minneapolis and Little Landen's miraculous recovery. As far as the little boy's parents go, they've had so much grief and worry that I do not blame them one bit if they want to forget the why's of what so many black thugs or simply insane black men are doing in their formerly white city to begin with. They can forgive or not. It would take more than the average amount of courage to speak out, as putting the family in jeopardy some more is not something I would do either.

How about the parents of Molly Tibbets, raped and murdered by an illegal alien? (As I wrote, I'm not giving statistical analysis here, but if these were once a year occurrences, I can assure you, I wouldn't feel the need to write about them.) Their girl is gone from this world. It indeed takes a lot of faith to forgive as commanded by Jesus, but does that mean one should not speak out either? What about not hating the sinner, but hating the sin. There were a lot of sins committed, mostly for money and adoration, by the elites who enable these sorts of things to happen more easily. (Having a REAL nation, with borders and all, and a real justice system, helps immensely!)

Parents stricken with grief like this over innocent little ones taken from them may have faith, but have they any courage? It doesn't take courage to speak out at the press conference in favor of the Establishment narratives - "it's the guns!", "they're mostly good people!", etc. It takes courage to say "these people shouldn't be here", "they should be locked up", "diversity is killing this country", and "I'd like us to remain a mostly white, law-abiding, peaceful country." You will most certainly be called a "hateful hater" of some kind, with some other names thrown in.

If you are a Christian, well, being called a "hater" hurts almost as much as the anguish from what happened to your child(ren). It's an impugning of one's faith, which tells one not to hate. It's quite a quandary, but one must see the lies and have some courage.

Back to the big picture, the large, large majority of us thankfully won't have anything like this happen. However, when the situation is getting worse ("trending", in modern parlance), it's be better off to do something about it. We are told to not put our faith in this world though and concentrate on reaching the next in good shape. Does that mean we should just not care what's been going on?

The old lefty adage "Think globally, act locally" ought to be taken to heart by Conservatives too. It's not that I agree with the left's "globally" part of it, but I respect their putting their OWN time and money where there mouth's are.* Many Christian Conservatives (but I repeat myself, a real Christian by nature has got to be a Conservative in this day and age, at least) DO indeed act locally. Sending one's kids to Christian schools is probably the most important act. One can be kind and forgiving to his neighbors. That's easy enough, most times. (Well, you haven't met one of my neighbors though.)

Whether one does act locally, or just go with the flow, if one follows the many pieces of advice to put the next world first, it's then hard to justify raising hell, pissing lots of people off, and being called (OMG!) a HATER for working for Conservatism on a large scale. You really can't be forgiving of all your enemies when you do this.

Things are most certainly NOT getting better in America right now, or the world either. Even if you have no kids or little nieces and nephews, do you want to leave the country and world in worse shape than it was when you came along? Are you supposed to just live your life in a Christian manner and watch? I don't know.

Per commenter MBlanc46's comment under Part 3, the problem may be that lots of the Scripture was written when the thoughts were that the End Times were coming pretty soon, maybe even in the lifetimes of those writing and depicted therein. It's been 2,000 years now. If you know that this world will be ended, and anything you do to save this world is for nought, then just living per the Book is the way to go. If we all think like this, I guess this world IS doomed, but in what way?

Nations have undergone terrible periods of Communism, Naziism, and tyranny of all sorts. It wasn't the End Times, but just many years of terrible times, often with lives ruined for 2 or 3 generations. During these times, it's usually the case, that Christians aren't even allowed to worship openly, much less change things for the better. Totalitarians don't like your religion, as they have their own, which is you worship The State, and they are The State. They don't want competition.

Again, I am no big historian, especially regarding religious history. I can't argue over what changed in the past from when the Crusades were started to pay back the Moslem world for lots of atrocities. Raping and pillaging was just the way then, and I doubt there was much forgiveness from those Christian soldiers. In these times, people have got to decide that is worth saving this world. If Christians don't save it, there won't be a Christian world left to ponder any of these questions. At that point you won't be in any position to save souls for the next one. That, or the End Times better come PDQ.


*I think this "Think globally, act locally" bit from the 1980s, maybe earlier, deserves its own post - coming. (Lots of posts are in the "coming" stage.)

Moderator
PS: Very interesting comment, Mr. Blanc. Even though it's not what they were taught, you'd think after Jesus was gone for a while and those disciples were gone, it couldn't really be the same. I do respect the sort that are in the religion OF Jesus, but yeah, they can't get very far in this world. Those hard-core Catholics should have read that verse in Romans about "give unto Caesar. Either they took it too literally (as in "well, Caesar is dead, so fuck that!") or they didn't even want to pay 10% to the IRS. I'd be happy if we stuck to that verse, even after deductions.

The "Doer" Christians vs. the "Believer" Christians. Good take.
MBlanc46
PS You talk about Christians. One question that arises is, What’s a Christian? One answer to that is that there are actually two Christianities: The religion of Jesus and the religion about Jesus. The religion of Jesus is the “turn the other cheek” and “give all your money to the poor and follow me” religion. The religion about Jesus is the “Jesus is the Son of God who died to atone for the sins of the world” religion. One is mainly about doing the other mainly about believing. Yeah, in the second you’re supposed to be a good person, but the main thing is that you accept Jesus as your personal Lord and Savior. About the only “religion of Jesus” folks that I ever encountered were some Catholic Worker people that my little band of agitators met with one time. They were all about not paying taxes because tax money is used for violent things. We made the usual practical arguments about what happens when you don’t pay your taxes, and they started calling us nasty names. It devolved into a shouting match, as dealing with fanatics often does. The “religion of Jesus” people are going to have a pretty rough time of it if the Kingdom doesn’t come. Jesus had a pretty rough time. Paul had a pretty rough time. The “religion about Jesus” people have an easier time navigating the world. It’s what almost all Christians are. They’ve not had much problem engaging in wars or sending criminals to the gallows. They believe what they’re supposed to believe, and there are a lot of things in the Old Testament that can be called on to justify what they want to justify. My take is that if most Christians don’t speak up against the sort of the atrocity that you mention, it’s because it’s socially safer to not do so, if, in fact, they don’t actually believe what they’re saying about forgiveness. And, perhaps, in these days, it’s the more touchy-feely sorts who are still drawn to Christianity, in any case.