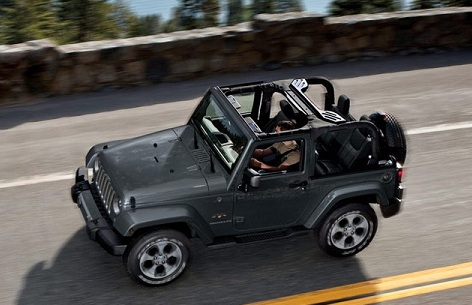 This is a 3-in-1 post for this ongoing series, as none of the segments is worthy of a whole post. They do all fit in with the road trip we just got back from.

I like the back roads when their reasonably fast and straighten out the route that the interstate would take us. We had to slow down for this one particular town, maybe officially a city, but barely. It has a really nice downtown, well the residential part, at least, with those big houses kept up nicely (lot of those seem to be lawyers' or real estate offices though now). They had us down to 25 mph, meaning 30-35 is fine. (I can't drive... 25!) That is due to the place being too small to have any dedicated traffic cop.

This big electronic sign at a church no less, just doing its part for this world, told us that masks must be worn within the town/city limits. That don't concern me none*, as we moseyed through in our vehicle. I am pretty sure, too, that the laws like this, whether State, city, or county, specify the requirement to apply to establishments of business, etc., not just being outside walking down the sidewalk or on one's lawn. (Perhaps readers could comment in on that.)

The USSA is not like Mao-era China or Soviet Russia. Here, the totalitarianism gets everywhere, including small towns. We are nothing if not organized.

Secondly, what do I see a block later on the other side but 2 people, just 2 people outside at some type of lawn antique sale or what-not, both wearing masks while ~ 8ft. apart. Are they scared of THE LAW or scared of the Kung Flu? I dunno. There was no reason to stop for us except well out of town at the gas station we make a pit stop at each time. "Masks on", per my wife. Let me tell you, that was not a bad idea at all, as the bathrooms stank to high heaven! I think mine did filter out the biggest of the stink molecules (some of them are apparently very big, with high Octane ratings.)

Lastly, as we drove on a stretch that was not interstate, limited-access, but pretty fast 4-lane highway, a jeep passed us. It was one of the original style ones with all the glass/plastic but the windshield off or rolled up. The man driving had no face mask, but the young woman with him did. They had to be doing 75 mph or so, and the road was pretty wide open - no COVID germies flying out the exhaust of the previous vehicle could get 'em.

This is more of a Peak Stupidity Roadshow topic for another post, but this driver was one of the passing-lane hogs, missing the concept of how the 4- or higher lane is supposed to work. That was fine on this day, but once the road opened up more, I felt the need for speed kick in. We were back up to where we went beside the jeep to their right. Now, I don't know, can one see through the windows of modern vehicles much, especially the back**, but I may have shaken my head involuntarily upon their passing us the first time, and could they have read my 9 y/o's lips as he said "seriously?" after seeing the mask?

All I know is that the mask was off the lady now. Maybe they had entered a non-COVID zone, per an app of some sort. Could it have really been that some locations require mask-wearing, and the lady was Miss Super-compliant? Gotta make it to the county line. Seriously? Hopefully, she just saw people around her hauling ass down the road too, no less, not wearing them, and common-sense entered her mind again. Or, the boy-friend was just plain embarrassed.


Site note: All of the posts in this series and a bunch of others have the Healthcare Stupidity Topic Key attached. I could have made up a specific "Kung Flu" key, but if you've looked, you may have noted that the keys are pretty general. (Yes, we need a search function badly!)

Firstly, I do want them to be more general, rather than have many hundreds, but I really didn't expect this COVID nonsense to go on for this long. I wonder whether this will be like 9/11, in which the government fall-out will be with us forever. As with the TSA, the CDC will be affecting us personally for 20 years, or till the nation is done, whichever comes first - I know where I'd put my money. This was discussed in COVID / TSA twin peaks of stupidity .

** There are 3 factors, even the normal glass is tinted more than in the past, the windows (hence, visibility) are quite a bit smaller, and there is more curvature. The latter factor goes back a long way though.

Robert
PS: OK, So I was at the Dollar General today to pick up some Cancer Sticks, and I saw these at the register:
www.safe-t-key.com

Little brass 'keys' that allow you to avoid touching anything that a human touched. Open doors, visit the ATM, carry groceries! Safely! All human contact must be avoided! Made in USA!

We are doomed.
Moderator
PS: That article and the pictures therein is comedy gold, Jerry ... I mean, Adam!

I already see one funny angle.

"But it's really hairy out there, Sir. That's Corona's beach."

"When I say it's safe to surf this beach, it's safe to search this beach! What do you know about surfin', son - you're from GD Madrid!"
Moderator
PS: I'm gonna have to pull a Sailer on you:

Thanks.
Adam Smith
PS: Wear your bitch cloth slave... It's the LAW!

Looks like Spain wants in on a little of that sweet sweet totalitarianism...

"She was held on suspicion of a crime of disobedience after reportedly ignoring officers who ordered her out of the water..."

"She is expected to face a heavy fine for breaching strict quarantine rules which could be up to £5,500."

"However, if it is discovered she has passed coronavirus on to another person through her actions, the fine would be more than £100,000."

From the same link...

"six police officers were filmed forcing a woman into a police car and hitting her head on the vehicle during an arrest for not wearing a mask."

"I am not going to put on the face mask!" the woman yelled...

"After showing no signs of compliance, officers led the screaming woman into their patrol car..."

"The police were eventually able to force her inside the vehicle after picking her up and sliding her in horizontally."

There are no "laws" about this masking nonsense (in America, that I know of). There are plenty of "recommendations", "orders", "edicts", "proclamations" and "commandments" from governors, "public health officials" and other bureaucrats, but no "law".

I guess it doesn't matter as words no longer have meaning.