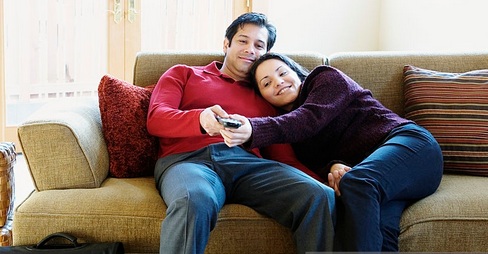 Just for the record again, this blogger has been off the TV for over 2 decades now.* All posts regarding TV in the current era here are from the occasional bouts of boredom that have caused me to pick up a remote control at the hotel room on a trip. I wanted to add this post as a bit of curmudgeonry, after having written that post on Saturday about TV remote controls.

This one goes back to a TV show itself, in the old era when Seinfeld was on the air once a week, the humor was not particularly PC at all (at least on that show - they often made fun of PC), and I had a TV receiving analog signals. Jerry Seinfeld has impressed me in that he has always kept the humor clean. Peak Stupidity doesn't stick to that standard, as you may well know, but we appreciate a comedian who can do that and still be funny as hell.

I found the exact clip I had in mind. It's from the Seinfeld show, as the show would have a bit from Jerry's stand-up comedy act, either at the beginning or end.

That'd comedy gold, Jerry! Anyway, the problem with this hunting mode of surfing through the no longer 30, but more like 357 channels now is you can't even do that now. See, TVs are computers now. (Hell, almost every new thing you buy is a computer - yeah, that coffee machine - it's a computer, that bottle with the sparkling water in it - it's a computer, OK, maybe not the latter just yet.) The TVs are computers so that they can have more functions, some possibly added after the design process and manufacturing.

That's all very well, but what I've seen a few years back in the hotels is that, as computers, the TVs are not very fast in switching channels anymore. I don't know why. WTH is it doing during that time, not the rotating of an antenna up on the roof anymore, right? 3 to 5 seconds go by before you see what's on that you don't like. Well, this just ruins that hunting for us guys, even if we liked any of the shit they got on there!

Throw it away, at least the cable payments! Then, you can pop in ("pop in", huh??) movies from the library and only waste 10 minutes a piece on the PC-agenda ones till you find something worth watching.


* I don't write that because I'm proud of it. I am, but it's to avoid readers thinking I'm bullshitting them, and the fact that I try to promote getting off of idiot plate.

Bill H
PS Mr Blanc, I envy you. My wife makes me pick out the movie, and then complains endlessly about the movie I picked. She claims the Netflix menu makes her dizzy. I am not suicidal, so I eschew the obvious remarks about her dizziness.
Adam Smith
PS: Plenty of things people do that they ought not...

Have you ever heard of the iKettle?

☮
Moderator
PS: HBH, a silver lining for me is that it's much more fun to smash a modern "smart" device than an old dumb one that doesn't know it's being smashed. The collective can come find my ass, and meet my non-internet-enabled rifle. (Well, as far as I know...)

I can't help passing the TV sometimes, and it's almost never fun.
Moderator
PS: Mr. Blanc, I'm glad your wife takes on that responsibility, and I hope she has similar political views. Thank you for the reminder to get a pair of speakers for traveling. I really don't like listening to rock music with no bass sound.

Go to the monster truck rally sometime. I've been twice. Amazingly I can still hear stuff. (One of them was indoors!)

Re "Fargo". I've only watched it twice, though I do like the Coen Brothers (especially "The Big Lebowski" and "Raising Arizona"). Fargo was funnier to me the 1st time, based almost solely on those deep Midwest accents. No matter what was going on, they are all so matter-of-fact sounding. "oh, you betcha." Maybe I should get it again - awaiting the library to re-open.

I got another beef on some of the hotel power outlets - a really weird thing that, well, there's another damn post. Geeezze, it sucks being a curmudgeon, but someone's gotta do it.
Moderator
PS: Mr. Smith, you dig up stuff I wouildn't have imagined. The web page for that smart water bottle deserves a post itself. Sure, that's what I need, my damn water bottle beeping at me during sex (if that occurs), louder and louder: "Hey, it's time to get hydrated!"

I've said this before, just because one can make something with all the cheap electronics and sensors we have available to us doesn't mean he OUGHT TO.
Horseback Battle Hammer
PS All of the gadgets are connected to the motherbrain for the good of the collective.
I used to wonder how all of it would come to pass when reading 1984 and now we know.
AI is already in control and it doesn't mean well for manboons.
Thanks for watching teevee so that we don't have to.
I avoid commie agitprop but do see it occasionally on the way out for a heel and toe aka walk.
MBlanc46
PS For quite a few years now, when Mme B and I travel, she, as household tsarina of all things televisual, selects a few DVDs that we watch on my laptop. We make sure that we always bring a power strip and an extension cord, as hotel electrical outlets are often not arranged to accommodate a computer and pair of speakers set at the end of the bed. In earlier days, however, especially before I got married, I did experience some television awakenings in hotels. As an example, I first saw monster truck racing at the Rebel Motel in Oxford, Mississippi, circa 1990. A delightful sample of the inanities of television is presented in some short scenes in the Coen Brothers’ movie, Fargo, which Mme and I watched for the 20th or 25th time a couple of weeks ago. Highly recommended.
Adam Smith
PS: Meet the Hidrate Spark 3 Smart Water Bottle...

It syncs to the Hidrate App via Bluetooth!