You chat, we record 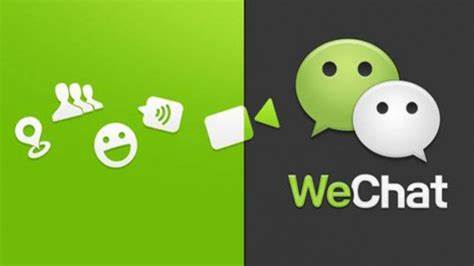 Sometimes I get information from a close Chinese source that is bound to be better than than that obtained from the internet alone. The latest news, well it's been in the works for a while, was the banning of the "We Chat" functionality in the US. I'm not an internet guru so I don't how that would be implemented exactly*, but there was obviously some workable plan, as Chinese people were making alternate plans - the use of Tik Tok in parTikular.

In case you are not familiar, We Chat is like a Facebook, texting system, including multimedia, international phone service, and zoom, in one. Even if one doesn't go to Tik Tok, I guess one can find other ways to do this international communication. This "app" (I just hate that word, is all) is most popular with Chinese people, as it was developed there.

The worry and reason for the Trump administration pushing for this ban was had to do with the program's use by Chinese people over here and over there to fuck with the system here. As Peak Stupidity related back on July 1 in Did the Chinese hack the Trump Tulsa rally?, some of the mob-like actions people can do on-line can really mess with us. The Chinese are well-organized and the CCP members, with plenty in America and plenty more back home, do have a grudge against all things Trump. This is due to his wanting to get America out of a completely unfair trade situation of 25 years running.

On the face of it, you wonder whether the proposed ban is Constitutional. I doubt it on first principles of Amendment I. It's a media mode, like lots of other new ones.

From my source, and now this TechRepublic article, the ban has been blocked by a judge, but I'm getting ahead of myself. Per the article:

Arguing that WeChat collects personal information from users that it can then share with the Chinese Communist government, the Department of Commerce had directed that the app be prohibited from all downloads across US app stores starting Sunday. [Sept. 20th, already gone]

Here's a little bit more general non-technical explanation of the proposed implementation of this ban:

The move by the administration also would have stopped any software or services from using any code or features from the app and prevented WeChat users from transferring funds or processing payments via the app. Taken together, the actions would have killed any use of WeChat in the United States as of Sept. 20.

Regarding the 1st except, yeah, no doubt the Chinese government keeps all the information, and I doubt just "personal information from users". With digital memory being so cheap now, I imagine every message, voice communication, picture, and maybe even video could be saved.** (Come to think of it, if We Chat can store it all, so can the CCP, but I don't know how much of it is stored and the users' phones. (If they let you recover your data or transfer it to a new phone, then you know they've got it all.)

Now, who is the US Feral Gov't to give anyone grief about storing personal information on Chinese users, when it's got that NSA data center in Utah storing anything and everything it can on Americans?

I don't think it's legal for the US Gov't to shut it down, but that's not my point on this post. It's the judge's explanation of why the ban is wrong that I don't like. Yes, there's the Constitutional question. This part is reasonable:

Following a presidential executive order on Aug. 6 announcing the ban, the US WeChat Users Alliance filed a motion for a preliminary injunction against such an action. In this motion, the group claimed that the ban would violate the First Amendment and Fifth Amendment as well as the Religious Freedom Restoration Act, that it was an unlawful exercise of the authority of President Trump and Department of Commerce Secretary Wilbur Ross under the International Economic Emergency Powers Act (IEEPA), and that it violated the Administrative Procedures Act because Ross exceeded his authority under the IEEPA.

In explaining her ruling against the ban, Judge Beeler agreed with the WeChat Users Alliance on some areas, most notably the First Amendment issue.

OK fine, but then:

The judge found that the ban would hinder access to communication among Chinese Americans and Chinese-speaking people in the US. Such groups rely on WeChat as their primary source of communication and commerce, according to the plaintiffs. Therefore, restricting the app in the way the ban proposed would restrain the right of free speech to its users. The ruling even cited the case of one of the plaintiffs, who described certain hardships for herself and other users should the app no longer be accessible.

Hey, hey, listen Beeler! Just stick to the principles, OK? It's not about who gets hurt by the act and their hardships that I don't give a damn about.

Let me digress big-time here, because I wanted to bring up this judicial activism business anyway. I'll give a chain of linkage, just because that's how I got to it on VDare. Mr. James Fulford wrote Ruth Bader Ginsburg Roundup: Reasons She Was "Notorious" 2 days back, with plenty of well-deserved disparagement of the politics of late SC Justice Ginsburg. In it, he refers back to a '12 article by VDare chief Peter Brimelow “Supreme Irony”—Gingrich Right About The Courts (It's kind of un-timely for Peak Stupidity, as we just dissed Mr. Gingrich a bit this morning.) Mr. Brimelow's '12 post has an introduction but most of it consists of an very old (1981!) article of his own from Harper's magazine on judicial activism. It's well worth reading, if nothing else, to see how much calmer and saner the country was in 1981.

Back to the injunction to block the We Chat ban, this is the way these judges are now. They don't really decide based on principles much. They may use them to rationalize their decisions, but the decisions themselves are strictly political "who, whom" (as Steve Sailer writes). So, the poor Chinese Americans won't be able to communicate well, for free, and will miss the convenience. Excuse me if I'm not all broken up about that Chinaman's ability to communicate. That's not a basis for a court ruling.

The whole impetus for the writing of this post was this: My Chinese source, a We Chat user who was "poised", as they say, to switch to Tik Tok or some such nonsense, noted this decision being made based on personal welfare reasons, and, as a Trump supporter, was pissed off about that. "Hey, they blocked the ban because these people suck at English. They should all just go home then!" Haha, assimilation occasionally works.

* In the article referenced herein, the "app" was to be prohibited from "app" stores in the US. First of all, these are not actual stores, so how does that work? Secondly, this would just stop new users from using it, but everyone and his Grandmamasan has got this already. (Would it stop all updates, and are they strictly necessary or it'll stop working?) I really don't know, and my source has even less of an idea about the technical aspect of this than I!

MBlanc46
PS Piddle all over freedom of speech for heritage Americans and the great and the good are all looking everywhere but at Faceborg and Twitter and Google. But try to stop the use of a Chinese Internet application and, heaven forfend!, you’re trampling on the First Amendment rights of Chinese-speaking invaders. Some of these judges best be watching their backs if the counter-revolution ever comes.
Adam Smith
PS: Good afternoon Mr. Moderator...

"I'm not an internet guru so I don't how that would be implemented exactly*, but there was obviously some workable plan..."

Sounds like more tough talk from the bullshitter in chief.

What sort of principles do you suppose feral judges have?

Is this an indication that we are nearing peak stupidity?..

☮
Ganderson
PS. I use WeChat to talk to my son in China, but my convenience is, as the great peasant Dennis observed, “no basis for a system of government.”
Moderator
PS: Robert, there are national security concerns just based on having such a huge continent of smart scientists/engineers from a foreign country basically composing entire departments at most universities, some of who are up to no good. It only takes a few.

There is no reason these internet communication apps wouldn't be monitored and controlled in some ways too by the Chinese government.

It's all one big security hole now, this country.

So, I don't say that there wasn't a concern. The best thing is to control who and what comes into this country.

I am sick of all this computer-tech too, Robert. On the apple side, I just hate how tightly they control your software. They can wipe it off your device at will.
Robert
PS: I know nothing about We Chat (I don't even "text", let alone "chat". (I really object to my face being torn into a million pixels to be shoved through some wires and re-assembled a thousand miles away. I am not a number!)) but I assume most of this is The God Emperour (No, I am not British, I just like some of their spelling.) engaging in a pissing match with the Chinks.

However, there really may be "National Security Concerns".

My friend (who knows much more than I do) says that We Chat is the best for free international phone calls and video. And the military had lots of people overseas doing things.

I read a while back that 4chan or whatever outed some Special-ops guys and a couple "secret" training bases via a cigar aficionado thingie (Mr. Moderator, I deleted the 'a' word just for you.) where users would upload photos of themselves smoking fancy cigars. But the photos had embedded GPS data.

If 4chan can do stuff like that, I assume the Chinese can too.