Dogs and Cats: The Political Divide 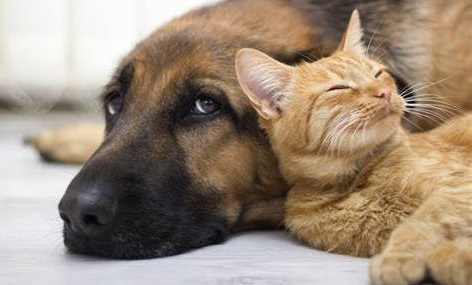 In one of his more light-hearted posts, blogger Steve Sailer displayed a map purported to show the ownership* of dogs vs. cats broken out by State. There's a lot of reasons this doggie/kittie census could be way off. It's probably not much better than for a map that supposedly shows the numbers of illegal aliens, for some of the same reasons.

Anyway, the comments for anything regarding animals are usually fun, and the thread for Dogs Are for Trump, Cats for Biden is no exception. Of course, from the title, one can read that it's the usual - dogs for Conservatives and cats for lefties theme. There may be nothing but correlation to this, but not really causation, i.e., yeah there are is a much greater proportion of Conservatives in the 'burbs and rural areas, and with more room, of course, more dogs.

Americans, and Europeans too, do love their dogs, cats, and other animals. Peak Stupidity discussed this in the post Cats, bats, and spoiled brats back at the end of March (near the beginning of this Kung Flu nonsense).

Here's our take: It’s a lot more nuanced that what you see on that map. People will tell you that breeds are a social construct invented by dog owners, but there are definitely breedal voting patterns as determined by exit polling.

– Labradors vote conservatively and in large numbers in suburban precincts. They tend to vote along color lines, yellow for Oriental candidates, brown for Hispanic, black for black candidates, so long as they are all conservative, which means they mostly vote for white guys.

– Golden retrievers, along with many labs too, and bird dogs of all sorts tend to vote absentee. They enjoy picking up the ballots and bringing them home. They will be instrumental in the Democrats’ effort this year to retrieve and drop, drop, no drop it! … off multiple ballots to the ballot deserts.

– Miniature poodles are the most tolerant and open-minded breed and will vote for AIDS-ridden homosexuals with 2 weeks to live.

– Rottweilers are the only dogs not so racist as to avoid black candidates. The Øb☭ma campaign reached out, with a big stick, to Rottweilers throughout the ghettos and shelters. Their vote count is dependent very much on available transportation and free fried chicken.

– Jack Russell terriers are used by both parties to round up stray voters and steer them to the polls. They are too hyper to vote themselves unless they are put on a diet of Quaaludes for a week first.

– The Boxer vote would be significant were it not for so many of their ballots being rejected for slobbered chads.


– Now, Cats, cats vote Libertarian almost to the cat, but that’s when they vote. Without catnip, tuna fish, or some other incentive, they prefer to sleep instead. Even with incentives they are very easily distracted on the way to the polling stations, which reminds me of a certain President we all know about ...

Oh, what? Sorry, the Peak Stupidity editor is talking in my earpiece as I type... what? Yeah, political divide... Oh, among the owners? NEVER MIND!


Well, since we're on the subject: 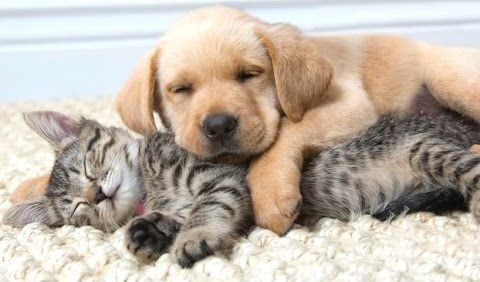 * Well "ownership" is not the best term here. Dogs do have owners, but for cats, we are merely the staff.

Moderator
PS: Thanks for Hiden Biden, KLM. I hadn't heard that one.
karenlivesmatter
PS You beat to the cats are libertarians, NOT Hiden Biden voters... :D thanks for the laugh
Moderator
PS: Our last one was 4 months old when we got him, so maybe not quite as crazy, Dtbb. The one I got at 8 weeks must have been like yours. You can't move anything without some little teeth bites or claws. Move just one big toe in bed, and those eyes get big, and then POUNCE!

I remember throwing him (not too hard) about 5 ft. away, but as soon as he landed he was on the way back for more.
Dtbb
PS: Just got a kitten. It will not change my boting habits. That thing is a terror. Constantly attacking me. I want to name him Cato.
Moderator
PS: Oooh, I bet that was some scene after Precious got munched, Robert.

Thanks for the stories. Our current cat doesn't get the fancy canned stuff, though he gets people food treats - besides meat, of course, he'll eat broccoli, cauliflower, a piece of pasta, ... for a cat, he's a weirdo. He would vote for opposable thumb guy, for sure. I guess he wouldn't mind if I got an extra mail-in ballot in his name...
Robert
PS: For cats voting: Who has opposable thumbs to operate the can opener. This is all that matters.

Robert
PS: My parents have had a series of "rescue" dogs, primarily Bull Mastifs, but one American Staffordshire Terrier (A.K.A. a Pit Bull). He was a great dog. Very protective of "his" people, but a bit militaristic. He was the only dog that I knew that
1) Did not like alcohol --- didn't want to lose the edge.
2) Never barked --- you lose the element of surprise.
3) Was not adverse to people in uniforms --- even a bus driver or a boy scout (in uniform) was hated by the Bull Mastiffs.

1: (For background, see 'Mr. Lovedays outing' by Waugh)
He killed at least two other dogs. When my parents had him, one time he jumped the fence (he could jump a five foot fence from a sit) and escaped. Evidently he chose a strategic ambush point behind some bushes down the block and waited. (He was patient.) An elderly couple with their Precious came by. He leapt out, ripped Precious' throat out in less than 2 seconds, and returned home contented.

His ideal candidate would have been Bomb McCain, with Hilda not far behind.