No parking in the show-off lane!

It's been a while since we've had any real, solid curmudgeonry here on Peak Stupidity, other than the Kung Flu complaints. In this one, I just want to ask the readers this: Can we remain friends after this post?

One can write about politics and offend lots of people but still have a decent number of readers who agree 95% of the time, or enough to keep reading. As the reader may well, know, Peak Stupidity is very proud to be a US Dept. of Truth certified Equal Opportunity Offender. It takes effort to keep that certification, and this post ought to help.

See, this one, from thoughts on my road trip a week or so back, is not about politics but driving. We all know that we are each THE best drivers on the road, and also the safest, notwithstanding what some insurance agent has to say about it.* Therefore, this one may deeply offend some political allies that read here, because, I'm telling you, "YOU NEED TO STAY TO THE RIGHT!"

On the standard 4-lane Interstate, freeway, whatever, but limited-axis highway, as shown above, there is this pet peeve that's bugged me ever since, well, I got a clue. Unless there is a jam, or heavy traffic, he left lane is for passing ONLY. PERIOD.

Are you going faster than the guy in front of you in the right lane? OK, then you use the left to pass, and get it the hell over with. There is a line of slow cars on the right, you say? OK, you pass them all, then pull back to the right. "Oh, but I'm mostly going faster, so I'll just stay in the left lane. NO! I may want to pass the right-lane guy in front of me too, but I gotta see WTH you're gonna do first. If you're behind me in the left lane, then I don't know when you're going to get this passing done.

The guy on the right can't seem to hold his speed, so now he's passing you back up to your right? Either speed up and pass him, or fall back in line. You got cruise control, so you're keeping the same speed down the hill, while the trucks and I are building up speed? Get to the right, either behind or in front.

I know I can't tell even this one friend this stuff. He's a good friend, that I ride with once in a while. He's a pretty good driver too with all sorts of vehicles, some of them perfectly safe at 120 mph. He will run at that speed too, on occasion. During the early part of the Kung Flu, this guy accelerated one of his sports cars from 60 mph to ~ 110 mph - well, the cop said lower to be nice - from the on-ramp onto the highway. He told this cop that he had been practicing social distancing. Humorous, true, but he may or may not be a "bad driver" soon, depending on who shows up to court (you know with the Kung Flu and all, might not be prudent ...)

But we're cruising in the left of 2 lanes, going 80 to 90 mph, and I still would like him to come right. It's just the way the road is supposed to work. 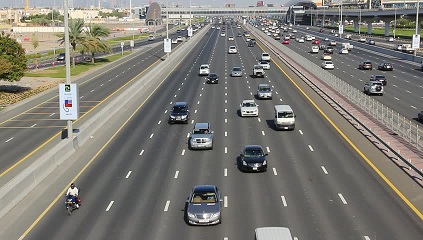 How about on the huge roads in the city areas with 3 to 6 lanes in each direction (not even counting "exit only" lanes)? It's the same idea, people. (Most people who do understand the passing lane concept still don't get this.) Yes, there are exceptions. Seattle, Washington seems to have lots of exits to the left, likely due to the terrain. OK, you don't need to come left 3 miles ahead. If you are not passing the guy to your right, then come right. That will work for all the 5 lanes, let's say. The way it is, I've often taken the right-most lane to get somewhere fast, as everyone else thinks, "I dunno, I kinda like THIS one - lane # 4 is my favorite today".

I don't care how many lanes there are. Every one of them is a passing lane besides that rightmost one. Going too fast for the guy passing in the 2nd rightmost lane? Move to the 3rd, and so on. I swear if everyone knew this and practiced it, driving on it would be like a dream. You'd feel like a molecule experiencing laminar flow rather than turbulent flow. Laminar flow is much less stressful, for everyone.

It gets downright dysfunctional, on both the standard 4-lane roads (2 per direction) and on the > than 4-lane segments. What this dysfunctionality does is CAUSE some of those traffic jams in which people do have to use both lanes, going 30 mph or stop and go because of one guy after the next not getting the concept.

You know what? I'm so worked up that there will a Part 2 this week. It won't be a curmudgeonly post though, as it'll be about my experience on the German autobahn.


PS: Truckers, in general, are not the professionals they used to be either. I've seen one semi pass another semi with only a speed difference of 2 mph or so. Let's see, from 25 ft behind the guy (I've seen those guys cut it close) and a length of near 75 ft (I'm not talking about those doubles), then 50 ft or so before the passee mashes the headlight interrupt button (probably not since they are not so professional anymore) to signal enough room, and we're talking 150 ft at, say 3 ft/sec. It takes almost a minute for this, as the vehicles have all gone a whole mile and the blood pressure of the guy behind in his Mercedes goes way way up. A professional trucker passee would slow down by a couple of mph to speed this up.

* It's been the longest time for me in my life, BY FAR, during which I've been considered a "safe driver". I haven't been pulled over in years now. What does that mean, though?

Moderator
PS: You're preaching to the choir, Brother Bill H.

I agree with that 100%. Good on that cop to explain the deal to Karen. A friend long ago called those pokers in the fast lane self-employed traffic cops, or something like that.

A guy I knew from Canada told me one time that there was a law in Canada that prohibited passing on the right. Well, he could see the mess were were in on this big highway, and I told him "if people drive like this, I gotta pass somewhere. If you have a law like that, then you need to start giving out tickets to the slow pokes on the left for impeding traffic. Hell, the Governor could declare it an EMERGENCY! and and decree this, and the roads would be nice for a month.
Bill H
PS I was listening to a radio cal-in talk show which featured a Georgia Highway Patrol officer for the day. One caller complained that she made it a practice to stay in the left lane at the speed limit because she was going a long distance and people kept being rude to her as they passed her on the right. She said they shouldn't be bugging her because she was going the speed limit and they should not be going faster than that anyway. Remember, Georgia.

Bo Darville
PS Red State imported tens of thousands of future lifetime democrat voters as part of the Fundamental Transformation and didn't upgrade the same roads from the 1960s.
The skill sets vary and a no distractions while driving law was passed but hardly anyone got the memo.
Drivers in Florida and Colorado are the worst.
Once in Colorado Springs a snowflake in his onesie jammies at noon was at complete stop in the right lane while scoping a sailfawn or cellphone.
A CO state trooper was killed during a traffic stop by a careless motorist and they have finally upgraded the I-25 corridor with some of that reefer money.
Moderator
PS: Robert, that was the old days, huh, when people just figured, "well, that's what bumpers are for." Of course they are made to save the occupants from injury now and at the same time, made to cost the owner $1,000 for the littlest slight.

An interesting thing is that when you first think about 75 mph traffic vs. 50 mph traffic, you figure there is 50% more flow at 75 mph. However, if everyone WERE to follow that 2 second rule the flow rates would be the same (obviously 30 cars/min, each lane). However, people don't follow the 2-second rule, or can't, because someone will just cut in.
Moderator
PS: Mr. Blanc, your comment is a great segue-way for my post coming on the autobahn. 3 lanes each direction worked, but 2 lanes didn't very well.
Robert
PS: Forty to twenty years ago, driving on the Chicago highways (four lanes each way, I think), it was not uncommon for all lanes to be doing fifty miles per hour with only one or two car lengths between cars. Traffic usually flowed very well for such a crowded system, because people who didn't like it would just take city streets instead.

But, you would get the occasional driver doing only forty in some random lane; and this could tie things up, with lots of people weaving in and out of lanes to get by.

The real fun was when this would cause a sudden slow down in your lane. I was in several multi-car accidents, where the speed differential was less then ten miles per hour. Your going fifty, slam the brakes to get down to thirty, bump the guy in front who slowed down to twenty-five, and then a second later get bumped by a guy doing thirty-five. Nobody even stopped.

One time I saw a lady putting on eye-makeup while looking in her rear view mirror. That still gives me the willies.
MBlanc46
PS That’s certainly what I was taught when I was learning to drive in the late 1950s and early 1960s. And it is still a good principle. However, often it is rendered obsolete in the real world. Case in point: I-94 between Benton Harbor and Ann Arbor. The highway narrows to two lanes (except when it passes through Kalamazoo, Battle Creek, and Jackson) after the entrance to I-196. From there, there are two speeds: the truck lane where you’re lucky to do 65 and the 80-mile-an-hour lane, the inside, left lane. Even it becomes a 50–60 mile-an-hour lane when a truck pulls out to pass another truck on a hill. If I want to get to A2 (or Chicago, coming home) in reasonable time, it’s driving in the left all the way (except on the occasions when you have to pass some peddler on the right.).