President Donald Trump: the Bad, the Good, and **the Ugly**

The Bad was the first post yesterday, and The Good was the second. This post is not about President Trump though, but, you know, in Blogging 101 we learned that if you're gonna have a theme, you gotta stick it out, even if there is no analogy, and no reference to that theme, other than the theme song.


The Lies of Joe Biden: The Ugly: 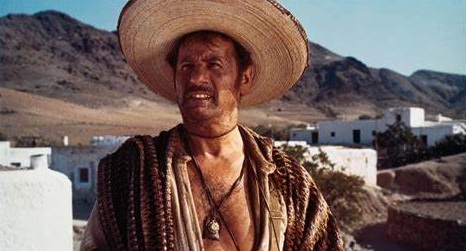 Politicians are not usually ugly other than at just the local level. That can probably be blamed on TV and the women's vote, both. There are exceptions for AntiChrist candidates or wannabees, of course. Take the Hildabeast, please... (She actually was fairly cute back in her refusing-to-bake-cookies days, in a pre-pubeAntiChristian way, I guess.)

"The Ugly" is about ugly lies, anything but most lies in answer to anything but questions about derriere size are nothing but ugly. Peak Stupidity has written about the evil of the lies that pervade modern political discussion before, way back in Truth as lies, and lies as truth. Where've we read about this before?.

To talk about the lies out of Joe Biden might sound one-sided as we've called President Trump a bullshitter a number of times. Well, that's not lying, just bullshit. The distinct difference was clarfied to us succintly by Elwood Blues 40 years ago:

Seriously, President Trump has blabbed his mouth plenty of times about what he would do for America on this and that issue, and it would never happen. I have wondered a few times, but I do believe the man has the American people's welfare at heart. I don't think he is flat-out lying to us, but more like exaggerating and being way, way too optimistic. You can't help but like this guy.

I didn't watch those 2 completing "Town Halls" the other night, so I have just this one piece of transcript I've read of Joe Biden's one, taken (of course) from a Steve Sailer post - Biden: There Must be No Discrimination Against 8-Years-Olds Who Decide They Are Transgender. Please read Mr. Sailer's posts, with the almost 200 comments too. I look forward to reading the comments. There is a lot to say about Joe Biden's lying. (See The Lyin' Press of 1988 for a little bit.)

Lots of Joe Biden's lying seems to be based on his being an old man, maybe senile, but even if not, understandably getting more and more behind on the ctrl-left Cult-Rev 2.0 narrative, which, I gotta say, is changing too fast for #MeToo to keep up with. Do try to keep up, Sleepy Joe. If not, come up with something better than this crap, AHEAD OF TIME. There are plenty of people in Washington, FS to mentor you on the art of lying. Here, WTF? {Note: my bolding. Joe Biden didn't speak in bold or italics.)

["Random" questioner MIEKE] HAECK: I’m good, thank you. I’m the proud mom of two girls, 8 and 10. My youngest daughter is transgender. The Trump administration has attacked the rights of transgender people, banning them from military service, weakening non discrimination protections and even removing the word transgender from some government websites.

How will you as president reverse this dangerous and discriminatory agenda and insure that the lives and rights of LGBTQ people are protected under U.S. law?

BIDEN: I will flat out just change the law. Every — eliminate those executive orders, number one. You may recall I’m the guy who said — I was raised by a man who I remember I was being dropped off, my — my dad was a high school educated, well read man who was a really decent guy.

And I was being dropped off to get an application in the center of our city; Wilmington, Delaware, the corporate capital of the world at the time. And these two men, I’m getting out to get an application to be a lifeguard in the African American community because there was a big swimming pool complex.

And these two men, well dressed, leaned up and hugged one another and kissed one another. And I’m getting out of the car at the light and I turn to my dad. My dad looked at me and said Joey, it’s simple. They love each other.

And now, after an exclusive and exhaustive investigation by the crack headed Peak Stupidity team of journalists, we have found the real footage of Joe Biden's Dad's talk to his son, taken from his 22 lb 8mm Extachrome bodycam. You saw it here first, folks.

I would vote for you too Mr. MBlanc...

Mieke Haeck is the wife of Ezra Nanes, a Democratic politician who ran for Pennsylvania Senate in 2018.

So, their 8 year old boy is transgendered.
I'm sure his parents played no part in this decision.
It's not like trans is currently in fashion...

A working class guy in the early 60’s would not be openly tolerant of, as we used to call them (And hat tip to Mr. Spicoli) fags. And fags didn’t kiss in public in those days, either.

And contrary to popular belief, if one were discrete, one was largely left alone.
Robert
PS: Oh, and I meant to also say:

Thanks Mr. Blanc for the use of the word 'poofter'. That was always my favorite.
Robert
PS: Tuco had morals, even if he didn't always live up to them. Biden is no Tuco.
MBlanc46
PS Mx Rodham was never going to win any beauty contests, but if her folks had had that overbite fixed she would have probably ranked rather above average. They had the dough. I can’t imagine why they didn’t do it. So she always looked a bit like a chipmunk, and, as she aged, a deranged chipmunk. Regarding Trump versus Biden: Trump certainly exaggerates. For Trump, everything that he does is always the greatest, the biggest, the best, ever. I don’t recall many cases (not that I pay a great deal of attention to him) where he simply makes things up. Biden apparently just makes things up. (When he’s not stealing other people’s stories.) Like the one about his father and the poofters. And he often simply lies. He knew that he wasn’t in the top half of his law school class. But he said that he was. The best interpretation of that statement is that he lives in such a fantasyland that, in that fantasyland, he was in the top half of his class. Either way, I’d rather have Trump as president. He’s far from my first choice. I take our genial host or any of the other commenters here over Trump ten times out of ten. But if the choice is Trump v. Biden. it’s Trump ten out of ten.