France beheading - it only takes a spark 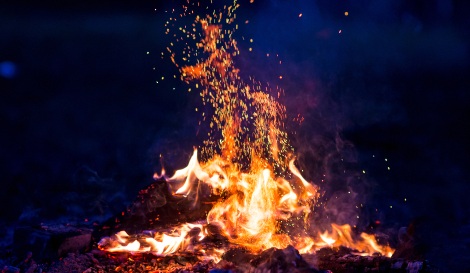 Beheadings just plain didn't use happen in the Western World unless we go back a century or two into history. Now, it's just part of the news cycle. The latest beheading by yet another Moslem was done to a French school teacher who dared to publish cartoons critical of The Prophet (FHITA)*. Some 18 y/o old Chechen did this sick deed.

The French people are "rallying" per this article on German site DW.com (DW for Deutsche Welle.) Mr. Steve Sailer** gets lots of his material from the NY Times, and on this horrific murder, the NY Times is encouraging for those of us who've had enough of this. (Here is Mr. Sailer's post with nothing but an excerpt from the Times site on unz.com, with comments below.)

Is the NY Times reporting the story and reaction because this sort of thing is bad for the Jews in France? It's a little bit late coming from the people who encourage immigration from everywhere, including Moslem lands, as lots of the Jews have been leaving France already, from what I've read.

This way this "defiant rallying" is going, per the German article, it's not really about taking action in defiance but just "supporting freedom of speech and making tribute" to the late beheaded teacher. Well, that's not gonna cut it. No, but,

"You do not scare us. We are not afraid. You will not divide us. We are France!" tweeted Prime Minister Jean Castex, who was among those gathered in Paris.

is what we read. Really, then how come the tweet included in the article had, with appropriate capital letters, "... who was beheaded at a school near Paris after discussing caricatures of Islam's Prophet Muhammad". Where's the beef defiance? (Bad spelling, sure, but not defiance.)

The encouraging news was France moves to expel 231 radicalized foreigners after assassination of teacher. Wow, are people really finally getting openly pissed as a people and doing something? I'm not so sure. These are all non-French-citizens to begin with, and the guy that did this deed was supposed to have been kicked out a week back. What bad timing if you were history teacher Samuel Paty.

Darmanin also plans to bring into focus the question of the right to asylum, since an 18-year-old Chechen refugee, identified only as Abdoulakh A., is suspected of killing Paty. The minister asked his services to more carefully examine people who wish to obtain refugee status in France.

More carefully examine? No, you need to close the barn door, like, 20 to 65 years ago! Per the NY Times, "... a mass expulsion like the one currently envisioned is unusual." 180 of these guys are already in prison, and the total number, even if it were the worst Moslems picked off the street is a drop in the bucket of 6 million of them.

This expulsion may be a little bit encouraging, but it and the rallies seem like nothing but the usual response after all. I had hoped for more, after seeing Mr. Sailer's headline on his post. Maybe the next time. Maybe before it's too late. A commenter from France going by the handle "Diversity Heretic" wrote:

I live in France. Most of these deportations and expulsions are mostly for show; there is no willingness on the part of the French elite to deal with the intractable problem of an unassimilable Muslim community that is hostile to the native French and their culture.

I don't know. People think nobody will ever do something. Then one spark happens, and it’s not just the courageous people who’ve been speaking out against the evil of the elites for years that start raising hell. Once the people decide it’s time to raise hell, the elites better just shut up and get out of the way.

Nobody knows which spark may light it all up. I’m something of a firebug myself, so I know about playing with fire. I've been lucky myself - got part of a wooden fence one time, and for the bigger, accidental one, the firemen came with 4 trucks and were having a good old time. (The parents were away for the afternoon, so it was all good...)

As the people out in the dry West know, it can take just one spark. All the rest just go dark in a couple of seconds on the dirt, but that one ... with the wind up, and no rainfall for 3 weeks ...

These elites have been letting the sparks fly, all around the Western world. All of a sudden, one week, they will have a conflagration in front of them that even these guys can't put out: 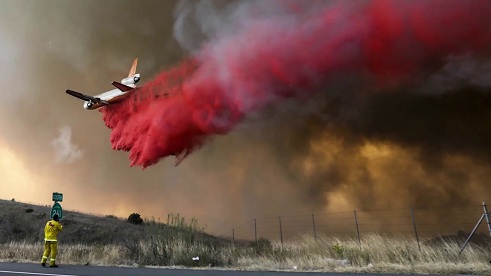 * ITA is for In The Ass, in case you didn't get the full meaning.

** I was happy to see Steve Sailer's post on this matter on VDare appear on the 2nd page of my search on DuckDuckGo, which was something like "French beheading Moslem expulsions".

Moderator
PS: Thanks for writing in, Mr. McKenzie. I think it would be more exhilarating to me were I somewhat younger.
Moderator
PS: Alarmist, thank you for that story. I hope to see more like lots of people just rioting in the areas where Moslems have done harrm - give them a taste of their own medicine. At some point people may get pissed off as a people, rather than just some individuals at a time. Whether it'll be too late by then is another story. It will get to where people have less to lose.
Moderator
PS: Mr. Smith, I do remember that, but I never did watch much (maybe one, and that was enough). I'll check out your links soon enough.

BTW, I didn't reply any more on our thread on unz, but I did remember you told us your TSA stories and advice on here I appreciate all the advice. Some applies to me, and some may not, for reasons.
Slurms McKenzie
PS Order out of chaos. All isms and divide to conquer will be used.
Workplace violence is in the tool box as well.
The French may have grown tired of all those cheese eating surrender monkey jokes.
At least the terminal madness of the reset times is exhilarating.
The Alarmist
PS

The stories you link to are examples of window dressing. The two white French women stabbing two Muslim women is the sign of the change at which you are hinting.

Do you remember when you could watch beheading videos on LiveLeak? Most were gruesome hack jobs performed by amateurs...

Meet Muhammad Saad al-Beshi...
The man is a professional...