C J Hopkins says "The Germans are Back!" 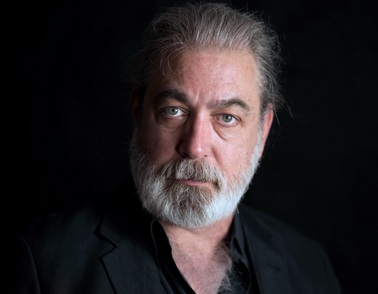 Peak Stupidity has quoted this C.J. Hopkins guy before in our post Scenes from the Kung Flu Summer re-Panic - Part 9 from another article of his, "Invasion of the New Normals". This pundit (at least as is his capacity in which I know him) does yeoman's work in pointing out the evils of the Kung Flu PanicFest. In particular, as an American living in Germany, he gives the news from there.

I can't say I would agree with so much of his other writings just from first glance. Maybe I'm wrong. He has the term "GloboCap" which he is trying to push, and hard, to describe the political evil the world is undergoing right now. It's obviously short for Globalized or Global Capitalism. I dunno if the guy understands real Capitalism any more than lots of other pundits who don't. Without big governments, Capitalism on a global scale might work out just fine. What we have our big governments everywhere that work with, or often for, the big corporations, as the little guy is squashed. I was under the impression this is Fascism, in an economic/political sense.

Anyway, that was quite off the subject, but just written to introduce this guy that has written another great article on this Totalitarianism coming down on us, using the PanicFest as a pretext. Mr. Hopkins wrote a great satirical analogy, which one can read on unz.com, called "The Germans are Back". 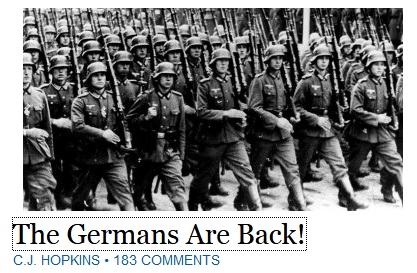 Here's the intro., before the satire starts:

Break out the Wagner, folks … the Germans are back! No, not the warm, fuzzy, pussified, peace-loving, post-war Germans … the Germans! You know the ones I mean. The “I didn’t know where the trains were going” Germans. The “I was just following orders” Germans. The other Germans.

In case you missed it, on November 18, the German parliament passed a law, the so-called “Infection Protection Act” (“Das Infektionsschutzgesetz” in German) formally granting the government the authority to issue whatever edicts it wants under the guise of protecting the public health. The government has been doing this anyway — ordering lockdowns, curfews, travel bans, banning demonstrations, raiding homes and businesses, ordering everyone to wear medical masks, harassing and arresting dissidents, etc. — but now it has been “legitimized” by the Bundestag, enshrined into law, and presumably stamped with one of those intricate official stamps that German bureaucrats like to stamp things with.

We may have just as much Totalitarianism here in America, though it varies from State to State. As some commenters pointed out, too, at least the Germans are having some big organized protests. What do you see here?

I'll give the reader here a taste of the satire, as Mr. Hopkins compares the goings on in his adoptive country to events of 80-odd years ago.

Now, this “Infection Protection Act,” which was rushed through the parliament, is not in any way comparable to the “Enabling Act of 1933,” which formally granted the government the authority to issue whatever edicts it wanted under the guise of remedying the distress of the people. Yes, I realize that sounds quite similar, but, according to the government and the German media, there is no absolutely equivalence whatsoever, and anyone who suggests there is is “a far-right AfD extremist,” “a neo-Nazi conspiracy theorist,” or “an anti-vax esotericist,” or whatever.

As the Protection Act was being legitimized (i.e., the current one, not the one in 1933), tens of thousands of anti-totalitarian protesters gathered in the streets, many of them carrying copies of the Grundgesetz (i.e., the constitution of the Federal Republic of Germany), which the parliament had just abrogated. They were met by thousands of riot police, who declared the demonstration “illegal” (because many of the protesters were not wearing masks), beat up and arrested hundreds of them, and then hosed down the rest with water cannons.

The German media — which are totally objective, and not at all like Goebbels’ Ministry of Propaganda in the Nazi era — dutifully reminded the German public that these protesters were all “Corona Deniers,” “far-right extremists,” “conspiracy theorists,” “anti-vaxxers,” “neo-Nazis,” and so on, so they probably got what they deserved. Also, a spokesperson for the Berlin police (who bear absolutely no resemblance to the Gestapo, or the Stasi, or any other notorious official-ideology-enforcing goons) pointed out that their water cannons were only being used to “irrigate” the protesters (i.e., not being aimed directly at them) because there were so many “Corona Denier” children in their ranks.

OK, I'll leave it at that. Please go read the rest. Even if you don't agree with the analogy, this is what's going on in Germany right now over this COVID-one-niner nonsense.

Going back to the writer again for a bit, I perused his site (linked to above), and here are some of the sites he publishes his articles in: 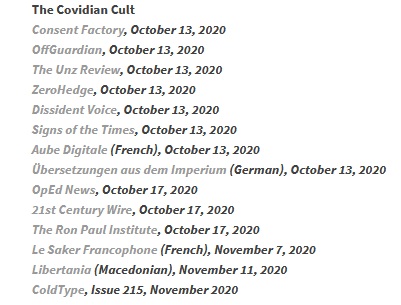 I think he keeps pretty good company. Thank you, Mr. Hopkins for another good description of this on-going stupidity from another continent. It can't be just about Trump.

Capitalism works best on the microeconomic level, e.g. person to person, where you have more of the apocryphal “voluntary and fair” exchanges assumed by economics textbooks as underlying Capitalism. As things become less personal and more global and faceless, the roots of oligarchy and predatory capitalism take hold.

Global trade is good: Globalism is evil.
Moderator
PS: Exactly, Mr. Blanc. That was what I was trying to say in my 2nd paragraph of my reply to SG, but your way is clearer.
MBlanc46
PS Global capitalism wouldn’t work without big government.
Moderator
PS: "... USED to be", dammit.

Someone needs to put an editor up, dammit.

;-}
Moderator
PS: OK "Global Capital". I could go back and read some of this guy's older stuff, SG, before the Kung Flu PanicFest. Something in one of his earlier posts on this stuff made me think he's an old lefty who may have woken up a bit ("woken" not in the new sense) since he's seen the Totalitarianism that's not the Christian Theocracy (remember that one?) or right wing skinhead version that the left was, or pretended to be, worried about for years.

It would not benefit Global Capital to control western governments were these governments small like ours use to be, before the lefties expanded them bigly.

Thanks for the comment, SF.
SG
PS I've always thought "GloboCap" was short for "Global Capital" - which now controls Western governments and MSM and damned near everything else.