Writer/pundit John Derbyshire has been no Kung Flu panicker from the very beginning. I remember a column of his from back in February or so, when the worries were mostly in China, saying that we shouldn't take this as some big deal. He hedged a little bit out of caution, I recall, but in general wrote very sanely about this, just another, epidemic out of the Orient.

Additionally, he is very civil in his writing. I have been able to tell when he's occasionally intensely pissed about the issue he's writing about, but he still won't use the kind of wording seen here. If you want to read the language that those who have been causing the deepest stupidity really deserve, you gotta come to Peak Stupidity.


Another one succumbs to COVID-19: 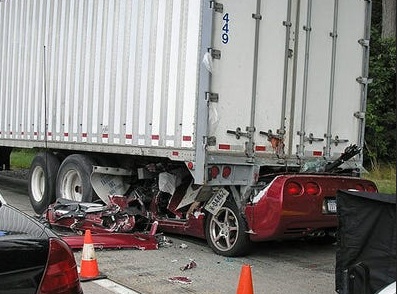 Anyway, Mr. Derbyshire's recent column Coronavirus Overreaction: Ruling Class Hypocrisy And Absolutism (leads to VDare - I hope it appears on unz.com too) has some of the strongest anti-Panic wording I've seen out of him since this deal started up. The first portion of his post and of the title, the hypocrisy, is something we've all read or heard about. There are the national Nancy Pelosi dinner crowd, Fauci at the ball game with no mask, etc, national stories, but we all have heard of and maybe seen personally plenty of local and State-level hypocrisy - "do as I say, not as I do."

However, I wrote this post to point out the very good point Mr. Derbyshire makes with the second half of his short article. I'm just gonna excerpt the entire 2nd part:

Sure we could. We could go for control-freak absolutism: implement a nationwide no-exceptions speed limit of fifteen miles per hour. That's four times faster than walking: should be fast enough for anybody. Traffic fatalities would drop to a few hundred a year.

So why don't we do this, and spare ourselves those tens of thousands of tragedies? Because Americans wouldn't stand for it. The economy would be crippled: businesses can't move goods at fifteen miles an hour. Even just ordinary citizens would be up in arms: "What, I have to spend four hours driving to check on my granny sixty miles away?"

Sure, we take sensible measures to reduce the toll: speed limits, vehicle inspections, seat-belt laws. In the final analysis, though, we accept that normal life includes some number of deaths, possibly deaths of ourselves or our loved ones. We like normal life, even if it costs many deaths. We don't like control-freak absolutism, even if it saves many lives. We have found the point of balance.

Right! That's all I can say. I do have my own point to add, as this article made me think of it.


Everyone comply for the greater good. 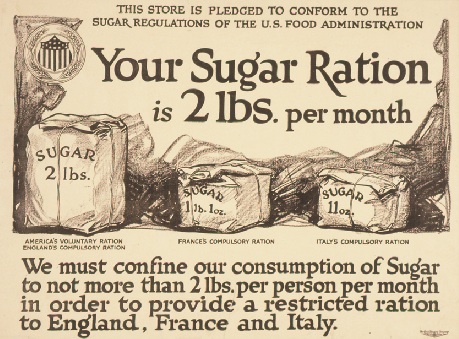 We anti-Panickers have been told that we are either lazy, stupid, or selfish for not complying with the mandates for this that and the other. This makes me wonder if the Panicker crowd truly thinks this COVID-19 thing is the current-era big destructive event that World War II was or something like it. They think we should all be on the same page with some unprecedented government tyranny, because WORLD WAR!, oops, GLOGAL PANDEMIC! We must do whatever it takes, no questions asked. Let our betters make the decisions.

Our common sense and any look at the numbers just don't add up though. In "The Big One"*, of the 140 million Americans there were at the time, over 16 million of them served in the US Armed Forces (Army, Navy, Marines). That's 11%. 405,399 were killed and 671,278 were wounded. Can anyone who can estimate the distance to their nearest McDonalds within +/- 10 miles say that 11% of the people they know are fighting the battle against the dreaded Kung Flu? (That is, unless they are nurses or doctors themselves.) Has the Kung Flu killed or badly hurt 1 in 140 of the people they know? Do they know ANY young men, such as the 400,000 and 670,000 dead/wounded in WWII consisted of, that have succumbed to this disease?

This ain't The Big One. I'm not going to act like it is, just because you people have no perspective whatsoever.

MBlanc46
PS At first I thought that the Panic was simply party-political, a club with which to beat President Trump over the head. Now it’s appearing that the Evil Party (the other one is the Party of Evil) is going to use the Plague to permanently tighten their grip on Americans, especially straight, white, male Americans, who are the real objects of their hatred. Perhaps the Plague will slink off in terror as soon as Uncle Joe takes the oath on JAN 20. That was my original thought. But I’m beginning to fear that they’re not going to let a good crisis go to waste. We could be in for a very rough ride.
The Alarmist
PS

Was that a Corvette? Tell me the truck backed over it.

Brandon Smith seems to hold out hope that the criminal elite have overplayed their hand too soon, but the only way to stop them from building back better in the style they envision is for the people to get there first by refusing to stay locked down. I’m encouraged when I see groups of people shouting at LEOs that they have to choose a side and they do, like the Southern CA sheriffs who have said they’re not enforcing Newsome’s lockdown restrictions to bust up family gatherings.

There is hope, but a lot more of us are going to have to take to the streets and face the occasional beating or drenching by water canons. At some point, we might reach a Leipzig moment where the regimes realise we are the people and they have to listen.
Cloudbuster
PS You're free to use the anecdote about the dump. Thanks.
Moderator
PS: I deleted the dupes, guys. The site was going slow for me a while back too, so I see how this happens.

Mr. Ganderson, please read the newest post on "We Have Been Harrmonized" China is pretty much there.
Moderator
PS: Agreed, Cloudbuster, as a fraction of men of combat age, yeah, that's one in 5. It'd have been very hard to NOT know anyone who was in the war.

I wanted to ask you on the unz site if I could use your anecdote about the dump. That needs to go in with another post about the Kung Flu BS. Yes, it's getting tiring on iSteve. He thinks he's being fair. I don't agree.
Bill H
PS Sure we take reasonable precautions to reduce traffic accidents. Wait... Like hell we do. We violate those precautions on a wholesale basis. Try to drive the speed limit on a San Diego freeway and you will be lucky not to be run over. You will be tailgated, cursed at and given the finger incessantly by people driving 20-40mph over the 65mph speed limit, even taking to the shoulder to pass you on the right.

@Cloudbuster after serving six years in the Navy, four of them in a diesel submarine off the north coast of Soviet Russia, I wonder why I bothered. I now consider it time wasted and a foolish risk of my life.
ganderson
PS. Wait until we all have to carry the mark of the beast to do anything
Cloudbuster
PS: "of the 140 million Americans there were at the time, over 16 million of them served in the US Armed Forces (Army, Navy, Marines). That's 11%. 405,399 were killed and 671,278 were wounded."

If you take into account that it was mostly men in the armed forces, that is more than 20% of men. And if you limit it to men of combat age ... it is almost everyone. Every man in my family of an age to serve on both my mother and father's side fought in WW 2. Fortunately none died, though several, including my father, were wounded.

Looking at where we are now, I think my Dad would wonder why he bothered.
Bunky Archer
PS Because there was very little resistance to the Plandemic the CCP allied CPUSA (dems) went ahead with the Big Steal.
It was broadcast for months and some of us paid attention.
The Bolsheviks are going for all the marbles and the permanent Fundamental Transformation into the new CCCP/USSR.
Sadly Karens and other soft weak clueless go along get along dullards will do whatever to maintain their comfortable lifestyle.
They will turn you in for a fully charged EBT card or some extra rations.
About the coming mandatory vaccine, what happened to my body my choice?
No way on the vax if there is no list of ingredients and if the makers are immune from any lawsuits.

“In the end, more than freedom, they wanted security. They wanted a comfortable life, and they lost it all - security, comfort, and freedom. When the Athenians finally wanted not to give to society but for society to give to them, when the freedom they wished for most was freedom from responsibility then Athens ceased to be free and was never free again.”