It's just like being placekicker Charlie Brown working with Lucy as the ball holder. You think you're gonna get help this time, as we figured with all Trump has done to boost the GOP, the GOP might help him for once. They could have helped him by getting serious about the CheatFest, setting him up for a good kick. Nope, Trump got a few decent things done to slow the immigration stupidity, and the the GOP is now pulling the ball away.

VDare's Washington Watcher II has an article posted entitled “Learned Nothing, Forgotten Nothing”—Texas Senator John Cornyn Leads GOP Establishment Rush To Dump Trumpism. But Base Doesn’t Agree.. This betrayal of what the conservative base, such as Peak Stupidity, wants is just depressing. Two of the three pieces of legislation that the author writes about are terrible for immigration control. The third is about the curtailing of Big-Software-Tech censorship via Section 230 of the Communications Decency Act.

The Immigration Stupidity is the most existential issue there could be - are we to keep our same nation, or just let be changed out of existence. On this, as we've written about, the problem is that Trump's moves have been under-the-radar, changing the policies within the bureaucracy. That would have all been fine if Trump got elected for 4 more years, but then only for just that, 4 more years. Laws can be repealed too, but if the President had had a strategy of any sort, especially during his first 2 years with the GOP-led (uh, oh) House and Senate, this could have been a little bit harder to roll back.

What does it matter when the GOP is not on your side or the American people's anyway?

The bill scraps country caps on visas, which would allow Indians to gobble up all our green cards. It’s estimated that at least 90 percent of all professional, employment-based green cards will go to Indians, which is why VDARE.com calls it the Indian Overclass Importation Bill. The measure hurts white collar workers and satisfies Big Tech’s appetite for cheap labor. The utter lack of opposition was a terrible omen for America First GOP/ GAP.

These scumbags aren't even waiting until President Trump leaves office. The next excerpt is out of order from Mr. Watcher II's article:

• Third betrayal: House Republicans’ support for a flood of immigrants from Hong Kong.

The Democrat-controlled House passed the bipartisan “Hong Kong People's Freedom and Choice Act” by a voice vote this week. The act’s lead GOP sponsor: Never Trumper Adam Kinzinger, who voted in 2015 for an Obama plan to let illegal aliens serve in the military. It would grant temporary protected status to Hong Kongers who flee from China, possibly allowing tens of thousands of Hong Kongers to stay in the U.S. for at least 5 years (and likely longer considering the hundreds of thousands of TPS migrants who’ve stayed here for decades). [There Would Be Nothing Temporary About TPS for Hong Kong Residents, by Dan Cadman, Center for Immigration Studies, December 7, 2020]. Of course, it would also potentially allow in Communist agents. Trump has tried to end TPS due to the large number of migrants who exploit the program to permanently settle in America. But now his own party wants to expand it.

Yeah, that's what you want. Import a different Chinese contingent that may not get along with the big one, the mainlanders, already here - see Importing a civil war, in Sweden. However, a lot fewer of them will be Communist agents, so there's that ...

Off of immigration, there is the Big-Software-Tech censorship issue, that President Trump could have worked on, I don't know 3 years and 10 months ago maybe? He could have used his deal-making arts to at least get something by threatening to eliminate the Section 230 cut-out for Big-Geek from that Communications Act. (See Peak Stupidity's post Big-"Tech" censorship and Section 230.)

Trump urged Republicans to strike out Elizabeth Warren’s amendment stripping Confederate names from military bases and national cemeteries. He also demanded that his party put in language that would scrap the infamous Section 230 of the Communications Decency Act—which protects tech platforms from publisher liabilities—to protect free speech on the internet. Trump threatened to veto the measure if the bill was not changed. But Republicans refused Trump’s requests and voted overwhelmingly for the cucked version of the bill, in numbers that suggest it may have veto-proof support [Senate overwhelmingly passes defense bill despite Trump veto threat, by Ursula Perano, Axios, December 11, 2020].

Curiously, Georgian Senators Kelly Loeffler and David Perdue, both who claim to be strong Trump allies and are desperate for his help, supported the measure. It looks like they won’t fight for Trump if they win their respective Senate races. 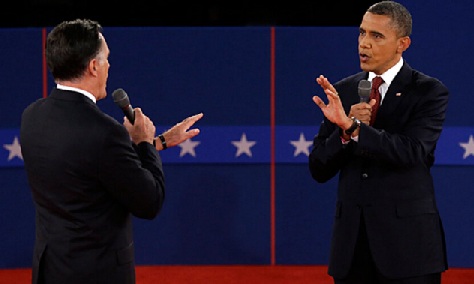 It's not just the one guy or a few. The GOP is just the other squad of The Party, which is a party of Globalists. They may not all be personally, but I suppose most of the others have sold out their souls and betrayed Americans for money or to keep their power and cushy jobs.

On this immigration issue, I guess bi-partisanship may be back without Trump gumming up the works. They can make policies both stupid and evil, per the quip. I don't really believe the GOP is the "stupid party" though. They just are playing dumb because it looks a lot better to us than their being obvious traitorous betraying sell-out scumbags.

We used to have Red Team vs. Blue Team training in the military, and at the end of the games we’d all sit down to share a few shots and beers and laugh about the people not in the game.
Moderator
PS: Agreed, the both of you. It's a ratcheting action, forever leftward till the SHTF.
Robert
PS: Mr. Blanc, The conservatives are there to conserve the liberals mistakes.
MBlanc46
PS The conservatives weren’t able to conserve anything. If you’re a conservative, you’re doomed. If you want to recover anything of the Old America, you need to be a reactionary. And the Repubs are not reactionaries. They are the enemies of reactionaries.