Peak Stupidity may just have become THE go-to site for face diaper* anecdotes on the entire World Wide Web. True, this is a niche (pronounced "nich" for those not of the French or latently-homosexual persuasion) market, but we'll take all the accolades we get out of this.


I swear for so many years I thought it was Pet Smart: 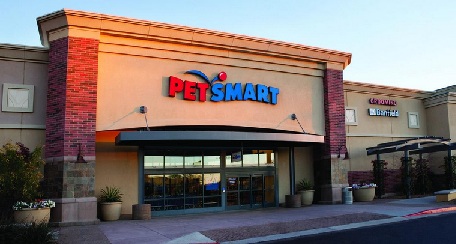 
I went into the Petsmart store to get some pet medicine last week, figuring it might be cheaper than at the vet. I didn't get far before the young lady behind the counter told me I needed to wear a face mask. "Nah, I'm not gonna, but if you can check on this medicine, whether you got it and how much, I can just wait right here at the front." That compromise seemed eminently reasonable, at least to me.

It apparently wasn't reasonable to her, another young lady, and then the manager guy. All of these 3 were under 25 years old, or at very most, 30, so what were they worried about? One thing they were, too, were obese, all three of these white "kids". I mean, they were all at least 50 lb. overweight and not that tall to begin with. Still, did they have a reason to worry about the Kung Flu at their ages? It wasn't about the other customers, as I didn't see anyone else, and I was going to wait at the front.

It was either blind obedience to the word from Petsmart corporate, or a lack of common sense that was the problem. Sorry, then, no sale, roley-polies!


Next, on to the granola store: 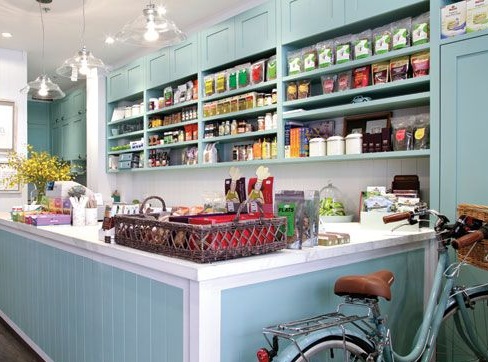 This is a file photo. It's Whole Foods Organic, per bing images. They've got to have that Pee Wee Herman style bike in the picture, that the hippie chick rode over in, to save the planet and show off her granny dress. This whole picture smells like Patchouli

It wasn't Whole Foods, but I went into the health food store nearby to get a few items that we can't get elsewhere. I like to support these people too. No mask, no muss, well almost, as the damn bulk food feeders were really hokey, and the customer was supposed to handle the baggies differently, ya know with the Kung Flu surge all around. I didn't spill much though, and what I did I scraped off the floor.

At the register the dude behind the plexiglass told me I needed to have a face mask on. "Oh, no, I'm getting health food. We're all really healthy in here. It shouldn't be a problem" I told him. This guy told me that he couldn't' check me out if I wasn't wearing a mask. Was this a vague threat to put the mask on, or is it really just at the register that the problem lay? Where the hell is Dr. Fauci when you need him?!

I took it as a vague threat. It took me 3 seconds or so to decide: Leave this bulk food at the counter, which would be thrown out, I'm guessing, even before the Kung Flu PanicFest just to show him, or mask up like a cowed peon. The problem was that there's no other place but Whole Foods to get this stuff, and I'll be damned if I'll support them either. I also am really against wasting food, no matter who does it. I put the mask on, yeah, that same one that'd been balled-up in my pocket for a week. As soon as the guy took the money, I pulled the stupid thing off.

What are these fools thinking? You work at a health food store, so you should be healthy with that 20% discount. Being healthy means you are not about to drop dead from every little thing. Otherwise, what would be the point - might as well eat pizza, steak, and ice cream with Coke for our 4 basic food groups.

It's not getting any less stupid, people. We'll keep you posted.

* Disclaimer: The term face diaper was not coined by the Peak Stupidity or any staff thereof. We will use the term with zero attribution and whenever we like, as we OWN NOTHING and we now know better than to take registered letters, so don't bother suing, bitches! [PS Legal department intern working from home - other staff are off for Christmas.]

Moderator
PS: Bill H, thanks for the report. I have another gym anecdote to come too.
Moderator
PS: For those laughing at my balled-up face masks and all the germs, I'm trying to make a point with these people. I'm pretty sure, and a good look around our house would tell you this, that I've beaten off most of the common germs around

I like to rub it in their faces, so to speak, that I don't give a rat's ass about the common germs around me, unless you get to the really nasty stuff. What have we all been doing the last 100 years, even since the bacteria and viruses have been understood?

Yes, I think wearing the face masks, especially during exercise, is harmful in the long run, but right now, tt's kind of fun freaking people out.

A friend just got over the COVID at 61 y/o. I'll give details later in a post.
Moderator
PS: Alarmist, we go sugar-less with the oat bran (usually oat BRAN, not meal), and this stuff is good for you in other ways. Having that with lots of fruit in the morning (yeah, fructose, but with the fiber) seems to be working out for us.

Don't get me wrong, I'm all for the ketotonic or paleo stuff, especially simply taste-wise. I could eat those facetious 4 food groups, well minus the caffeine, which I don't care for, for my whole life, but I think it will get me sooner, based on some experience, than what we do now.
The Alarmist
PS

@Mr. Moderator said, “Plus, look at this oat bran, look at these organic whatever-the-hell-they-are's, what can go wrong!?"


Oat bran is actually poison, what with the carbs from the oats and the sugars heaped on it to make it edible. Best to go ketogenic, with steaks and butter (both from grass fed cattle, if you can find it), etc.

Mr. Blanc, it's not those who have been bullied into submission causing trouble or making a scene as they're just meekly going along trying get along. It's the true believers who are out of their skull. A friend of mine witnessed one such true believer making a scene the other day when confronting someone who had the audacity to show their face in public. Stomping, yelling, cursing, accusatory and truly unpleasant. The whole thing is surreal and demonic.

"So the mask catches virus particles? Concentrating them?"

"And then you wear that filthy thing and breathe in those concentrated virus particles? Isn't that dangerous to your health?"

I'm afraid reason and sanity are out of vogue this season.

Mr. Moderator, steak is definitely one of my favorite food groups.

☮
Bill H
PS San Diego is odd in many ways, among them being that our police force is pretty popular. Last time a cop was shot, citizens were bringing cassaroles and pastries to all the precinct stations for two weeks.

Anyway, I go to the gym in a pretty wealthy neighborhood (houses $2 million and up) with Biden/Harris signs everywhere. Quite a few of our city government idiots live in the neighborhood. Yes, the gym is open and, no, I don't have to wear a mask. I watch the people walking by as my trainer is trying to kill me, and only about 20% are wearing masks.
Moderator
PS: "And none of those virus particles are getting onto your hands from your mask, your pocket, and your face where the mask was touching?"

"... because letting your body fight off the germs over your lifetime will make you resistant to even balled-up face masks full of who knows what. Plus, look at this oat bran, look at these organic whatever-the-hell-they-are's, what can go wrong!?"

Cloudbuster
PS Keep fighting the good fight. I am often the only unmasked one everywhere I go. Sometimes I do the dodge of wearing a bandanna around my neck and pulling it up briefly to get past the door Nazi, then letting it fall while I shop. I haven't had anyone refuse to check me out, though. Maybe they understand that the bandanna in such close proximity to my chin fools the COVID.

Having everyone carry a fouled face mask around in their pocket is definitely protecting us from the virus!!

"So the mask catches virus particles? Concentrating them?"

"And then you're touching it and carrying it around in your pocket?"

"And none of those virus particles are getting onto your hands from your mask, your pocket, and your face where the mask was touching?"

"Um..."
Moderator
PS: The Karen's have got me a couple of times, yes, of both sexes. Then there was the guy at the coffee shop in which we almost got into a fight. I gave him an excuse, "is it just the city that's on your case?", but, no, I guess he really wanted door #2 ("are you hysterical about this?"

Now, there's a new excuse. There's a new strain in town. Better pull up your bandanas, hombres ...
MBlanc46
PS I’m afraid that you’re fighting a losing battle. Too many people are actually afraid, too many people have been bullied into submission, and there are far too many Karens, of both sexes, in the former USA.