Will America be looted by China? - Part 5: The Wilderness 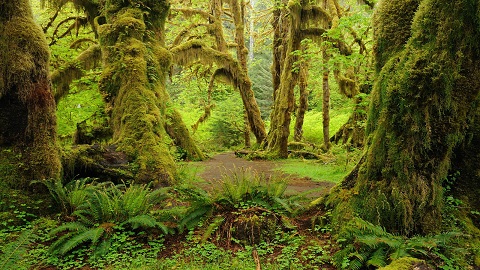 We at Peak Stupidity admit to being treehuggers* of a sort. Our Libertarianism has led us to rail against some of the treehuggers and enironmentalists for not putting their money where their mouths are. That's the case in two ways, the 2nd much worse than the first.

1) Other than the Nature Conservancy, I don't know too many of these people and groups that put their own money down to save wilderness, rather than agitating for others to give up their land or land rights for the wishes of these treehuggers. Economies have been eviscerated by some of these enviro-freaks, and they don't give a damn about that.

2) Worse than that are the organizations like the Sierra Club who care more for the money over the environment, as they purposefully ignore the damage to the environment due to massive immigration. They were paid off to not talk about immigration over 25 years ago. Besides selling out for what is still a considerable number of silver pieces (I calculate ~ 4 million of them at today's spot price), they have not joined the anti-white bandwagon, disowning their founder. (That's the subject of these 2 posts with family-unfriendly titles: Part 1 and Part 2)

I do tend to get really long with the intro, but that paragraph about the Sierra Club gets into what I want to say here. It's the White People, Stupid! Nobody else cares as much for the environment, including saving big chunks of wilderness, as white people do. Nobody. Yet, we have not been importing a majority of Swedes and Norwegians these last 55 years. Peak Stupidity has noted many times that the Mexican immigrants, illegal or not, don't have the same attitude about the environment. Neither do Somalians. Neither do the Chinese.

As mentioned in The Ugly Chinaman (just the expression about the huge influx of arrogant tourists), sure, they get around, including in the national parks, in droves. Watch out on the road! That's to say they were there, to take billions of pictures a year (hey, they're free now!) in front of this rock, this mountain, or this bear wood carving. It's not to enjoy the beauty and solitude in the forest or desert. 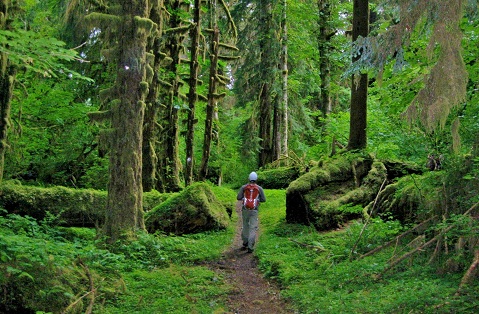 I've been there (11 times). The Chinese people don't seen to particularly LIKE solitude. Even in rural areas** there, the houses are right next to each other, often not even detached, when they could be spread out a bit. They like this, and more power to them. I don't care.

The country of China, due to being overpopulated*** forever or so (3,500 years is almost forever), hasn't been able to keep the enironment in any kid of pristine conditions. Years of poverty, made worse during the hard-core Mao Commie era, had people denuding the mountains and hills of any old trees. I will say that the Chinese government and people have changed their ways on this over the last decade or so. However, having old-growth forest takes some time, like centuries. In the meantime, they can come here to see it.

Another point is that we have inherited a beautiful land. Sure, China has its Snowy Mountains, plenty of big sharp mountains all over, and its share of desert. There's NOTHING like the beauty that can be enjoyed in Yosemite, Yellowstone, the deserts of Utah, Arizona, and New Mexico, or, yes, my favorite, obviously, Olympic National Park, though. We should be so grateful that our forefathers saved these places for us over a century ago.

It'd be nice to keep these wilderness areas, which is the point of this post, in addition not growing so big in population that we can't enjoy them as much. This series of posts is about the possible (OK, probable?) looting of this country though. I see no reason that the big money can't be spent by the Chinese to influence the population, buy the population off, or whatever it takes, to use some of this land. They just plain don't really care as much as we do about keeping it the way it is. 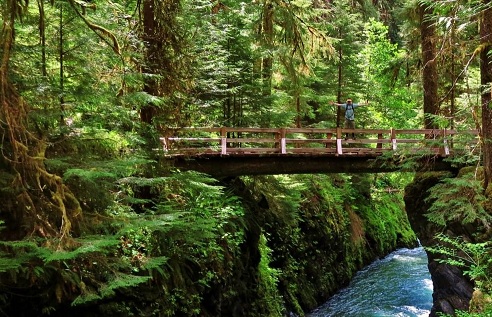 I already mentioned the lack of forested land in China. It is the reason one must pay for extra napkins at a restaurant, even if just 25 cents. They've mostly run out of good wood, and even wood for paper. It's already the case that the cheap shipping costs allow a Chinese company to buy trees from Canada or America, turn it into lumber, turn that into furniture, and ship the furniture back to us, and STILL beat out costs of North Carolina made furniture! Perhaps they would like to own this forest land themselves. They could determine just how better and faster it could be exploited.

Would they stop at private forest land or push for taking just small bites at at time out of even the preserved-to-a-controlled amount National Forest land and then National Park land? I've joked before about the Chinese turning the Olympic Park into chopsticks if they had their way.**** Chinese owners will not lay down for ranting white environmentalists. They don't know who John Muir was. He was just an old White Man that like to be alone in the beautiful wilderness and wanted to give that opportunity to others.


PS: I went to some HUGE cave deep in China. That is, deep in the ground, of course, but deep into the interior of China too. Yeah, it was cool, but the Chinese don't like to just light it up enough for people to see. They have to have computer monitors with one's postion, colored lighting, and of course there were way too many people in there. (Imagine working out the air changes for HVAC in that place!)


* However, there has never been any penetration.

** I don't say small towns, because that implies a couple of hundred thousand people, in China.

*** China had more people in the mid-1800's than America has even now. Real useable land there, when you subtract out the 30% or whatever of Tibet and Xinjiang, then take out the ridiculous-to-live-on mountainous areas, is a much smaller amount than that in the continental US.

**** You know, that would be a fun calculation to do, but then, no, this isn't going to be funny after our financial SHTF.

Hypothetically, underpopulation could be detrimental, but I don't think we'll have to worry about that anytime soon, not in raw numbers anyway. Looks like we will have an underpopulation of smart, talented people before we have human underpopulation as a whole. Then times will get really interesting. As you say, it's a relative problem. I'm sure you're aware of Sailer's most important graph in the world.

I missed Mr. Alarmists comments. It must have been a different Audacious Epigone post than the one just a few days back. Some people are true believers in population growth being not just good and desirable but essential. It seems to me we've reached the point where more isn't always better, especially if the quality of what you have more of is lacking. Living in a world with a shrinking population could be a very good thing, at least for awhile. I imagine Japan could cope very well with a shrinking population, as could Europe or white America. But you can't run a ponzi scheme economy without perpetual growth and some people have a vested interest in that status quo.

☮
Moderator
PS: Thanks for the comment again, guys. Mr. Smith, I meant to write you days ago on this. I definitely think a post on the "demographic collapse" that I read people worrying about is in order. I see NO reason that underpopulation will be a problem were immigration under serious control. It's only a RELATIVE problem. There's no absolute problem.

I thank you for bringing this up, and also I'll point out now that our commenter Alarmist was right on this in a discussion under an Audacious Epigone post. I can't believe the thinking of some of those people. I'll put some thoughts in a post, but I'll also link to the unz discussion and put Alarmist's comment(s) (or some of it/them) in the post.
Adam Smith
PS: Good afternoon everyone...

It's 2021, the party's over and we're out of time.
Human over population is the biggest problem of our time.

Some of us prefer to live in a peaceful, prosperous world with clean water, safe communities, wild areas left to nature and maybe even some fish in the sea. Some of us like eating bone in ribeye with rosemary and Béarnaise.

Unfortunately we can only choose one:

• Unlimited worldwide population growth.
• Trees, nature and a world worth living in.

I think the Chinese would turn all the trees into chopsticks if they had their way. They just don't care about nature.

Hiking and appreciating nature is so white...

We can't talk about zero population growth or not subsidizing dysgenic fertility because everyone is oh so worried about replacement fertility and perpetual economic growth. Heaven forfend we have a smaller human population. We must all go forth and multiply. So...

I will eat fish and seafood while there's still time.
And I'm gonna keep on partying like it's 1999.

Ask the bleeding heart activist seeking cash for the cause to tell you how often he or she goes into the forest to clean up man-made debris ... chances are, not very often. Offer instead of cash to do just that, and see if you get any takers.
Bill H
PS Yes, one of my triggers. Ask any bleeding heart who is ranting about what "we" should do to benefit some cause or the other if he/she/it is advocating that his/her/its taxes should be raised to pay for that project and their response will be a shocked and horrified, "Of course not."

It's easy, of course, to demand that somebody else perform good works. It's a little harder to do the good works yourself. If they, themselves, wanted to do the good deed they would be willing to have THEIR OWN taxes raised to pay for it. They cannot rebut that point, of course, so they just resort to namecalling.