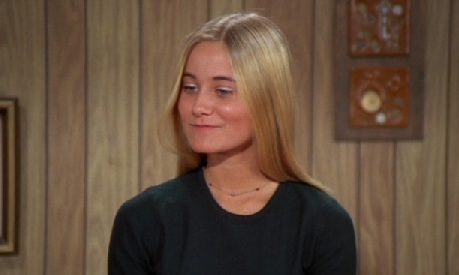 I could well understand the average Peak Stupidity reader having gotten fed up with all this posting about China recently. Just about a year ago, near the beginning of this Kung Flu PanicFest (back then, it was still the Chinese version), we were still of the opinion "live and let live." The attitude has changed, and we'll explain this in a couple of quick posts.

No, Peak Stupidity has not turned into a den of Neocons overnight (on the lunar calendar?). We are Libertarian, or maybe "Constitutionalist" is a more acceptable term nowadays. We have written many times, such as our introduction to the Neocons (here) and just reiterated by commenter "Some People Call Me Maurice" a couple of days ago, America is way too broke for this policing-the-world crap, even if it WERE the right thing to do. It's not.

It's completely unConstitutional for the American military to be defending anyone or anything but the land and people of the United States. I was about to write "and IN the US", but then the Marines and Barbary pirates having it out very early on in this country, 217 years ago, was Constitutional in that the Navy is the ONLY branch of the military even allowed and they were defending American men. That's water (get it?) under the bridge now, of course, the business about having no standing army.

So, you know we are bonafide here, with that digression. Let me get to the point, which is Taiwan. Taiwan is the island where the Nationalists of China retreated from the Communists to 70-odd years back, as the Commies under Butcher Mao took over the mainland of the country. Keeping that place away from the hands of China and the CCP was a worthy endeavor throughout that 4 decade period through the end of the Cold War. The 3 more decades since have been the time of the Neocons. It's been about having a blast, blasting people all over the world on whims, as the sole superpower till, well, about now. Much of the Neocon effort was in support of Israel, no doubt, but not all.

Can we let go of the idea that "we must defend the South China Sea shipping lanes", "but, the Spratly Islands!", and "what about the Koreans and the Japanese?!"? Hey, every one of these nations (and we can count Taiwan as one for now, airline, since-defunct, in-flight magazines* notwithstanding) have huge trade surpluses with America. We have been selling out our manufacturing capability to all of them. Let's just let them take care of themselves. They can spend their own money on defense against China. "Oh, but we come out ahead by having bases all over there." Again, for what?? We're broke, and we'll be lucky to keep our country intact even without any wars overseas.

Let's think about the treaty with Taiwan that we have. I'm not gonna read the thing, but whether it says Taiwan is obligated to reciprocate in our defense or not, they never were going to do that. They will worry about themselves only, and it may lead them to capitulate to the CCP at some point.

Sorry, the Cold War has been over for 32 years. Taiwan, from what I've read, is a nice place, much cleaner and more orderly than China. I've never been. It would be a shame if it gets absorbed into what's turning into another totalitarian world over there in the Middle Kingdom. Life's a bitch.

After I'd already planned on writing this post, I read the latest transcription** of a "Radio Derb" podcast by John Derbyshire. In segment 04 of this one, he gives his opinion of the likely near-future Taiwan situation. Please read the whole segment, which is a reply to a reader's confusion over the pundit's opinion, but here's the summary:

We can't save Taiwan, except at a cost the American people will not — and should not — accept. That's a grim truth that I say with no pleasure at all.

My own acquaintance with Taiwan goes back nearly 50 years — to July 23rd 1971, according to the entry visa stamped in my passport. I love the place; I have fond memories of it; in a just world Taiwan would be an independent country; I shall weep to see them fall under the horrible lawless ChiCom tyranny. I just don't believe we can stop it; and if we try, the best outcome will be a humiliation for us. The worst doesn't bear thinking about.

And, looking on the bright side, the humiliation may be salutary for Americans. It may end our fantasies of imperial power and our futile missionary wars.

It may also prompt us to reform our military, from a colossally-expensive stage for the acting-out of social-justice and world-policeman fantasies to a real, meritocratic fighting force concentrated on homeland defense.

I agree except for that very last part. The military brass who push the SJW social experimentation on the military will only learn the problem with their stupidity if they end up personally lying in ditches with serious wounds. The Neocons that cheer on these wars would probably have to be dead before they changed their minds.

Now some of the American Cold War and longer-term allies around the world, such as Australia and New Zealand, pretty nearby, may be having some 2nd thoughts about having given the Americans so much grief for being the world's policeman. They have gotten used to the American military umbrella, nuclear and otherwise. Again, the Cold War is over, so we do need to get out. However, those countries, with their lefties that have been giving us crap all these years, may need to buckle up. One thing they SHOULD HAVE done is not let the Chinese infiltrate as immigrants. Most of them are not spies, mind you, but what exactly is going to be the mindset of a 5-year Chinese Australian resident when the shit goes down? Just whose side will he be on?

Not my problem. We need to GTFO of China's business, militarily. The reason Peak Stupidity has been going on about China a lot lately is that our war with them is economic, and it's been going on quite a while already. We didn't get the best start. Giving MFN status and making unfair (to us) trade rules with China for 25 years is like having started the Pacific war with Japan by first renting out our bases in Hawaii, the Aleutians, and the entire West Coast to them in 1940.

The next post on this will be about the economic war with China We'll try to explain why we write so much about it.


* See also the prequel to that story.

** I used this wording because Mr. Derbyshire usually has his podcasts out for about a week before he publishes the transcriptions, which take < 1/5 the time to read vs. listening. So, he may have a "more latest" podcast, but you can't read it yet.

MBlanc46
PS Ganderson: If straight white males are still signing up to fight for the Bidenreich, their fate will be, to a great extent, their own doing.
Ganderson
PS Oh wait, Kam doesn't have any kids- she doesn't care about the future...
ganderson
PS

I kind of agree (heck, I do agree with) your sentiment Mr. Blanc, except that it will be deplorables and dirt people doing the fighting. Slow Joe, Kam, Bill Kristol, Max Boot, etc... none of their kids and grandkids will be taking on the Chi-Coms.
MBlanc46
PS The Japs and the South Koreans and the Taiwanese had better nuke up tout de suite if they want to avoid becoming provinces of China. Even that might not be enough, but it’s their only chance. Seeing our pussy-hat, homo, tranny military get its tail whipped by the Chinks would bring a smile to my face and a song to my heart, but our elites are much more interested in selling what remains of the former USA to the Chinese than they are in fighting them.