Happy Year of the Ox! 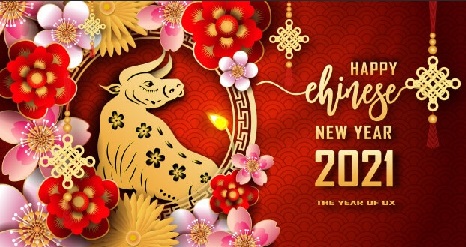 Chinese New Years is here, a deal that wouldn't have meant a hill of beans to 95% of Americans 25 years ago. The way things are in today's world, I'm surprised that today has not already been Executive Ordered into a National Holiday* in support of this Ox thing by the Bai Dien administration. The question for the CCP this year is whose ox is to be gored? It's been the American working man for a quarter century,

These years of the animals are even sillier than the Zodiac of Western World superstition. After all, there could be something about the seasonal climate that affects something about our being born at a given time of year... or something... if you stretch it... Is there anything in nature, climate cycles (don't get me started) or astronomy, that has to do with 12 year periods. No, there is not.

There is a lot of superstition in China, especially with regard to numbers. I posit that this superstition is a replacement for the religion that has been beat out of the Chinese people by 40 years of hard-core Communism. Commies are jealous gods! These animal years are mostly in fun now and another gimmick for retailers, but there are people that still take it too seriously. I mentioned somewhere that there was a a small but measurable baby boom at the start of the Year of the Tiger in 2010.

This Spring Festival holiday is BIG. It's like our Christmas, Thanksgiving, and Independence Day rolled into one. If ANYONE Chinese is going to travel ANYWHERE to visit family, it will be doing the Spring Festival. Fortuitously, if you are a Totalitarian ANYWHERE in the world, it was during this time last year that the Wu-Flu coronavirus, later dubbed the COVID-19, or Kung Flu on Peak Stupidity, spread out from whatever lab or market in Wuhan. You couldn't have picked a better time to see the world if you are a virus, excuse me, BoV, Being of Virality. (I don't want to read any PIC disparaging, germist remarks about these Kung Flu BoVs, such as the usual tropes about "they ought to live in segregated petri dishes" and evil talk about "a final antiseptic solution")

One big custom during the Spring Festival is the passing out of red envelopes. These envelopes usually contain cash, though, even 3 years back, I've see red envelope phone apps.. For some of us, they may contain pictures, such as, I dunno, pictures of our grown-up sons cavorting with 14 y/o Chinese ladies, you know, or whatever... 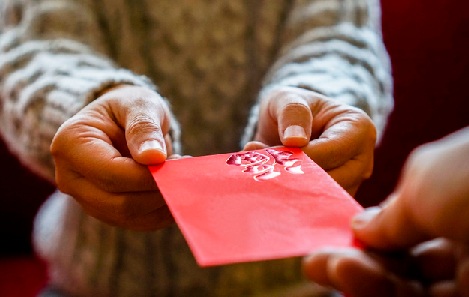 This guy in the White House and his minions are at war with patriotic Americans. At the same time, his administration will continue the foreign policy, on hiatus for the last 4 years, of supporting out outside enemies too. He's had the support of the Chinese CP through the election year, with, besides some of the printed-in-China ballots found around, likely lots of dirty tricks done with the help of Chinese internet cadre, such as one Peak Stupidity discussed last summer . Joe Biden is the Booboo to Xi Jinping's Yogi Bear. 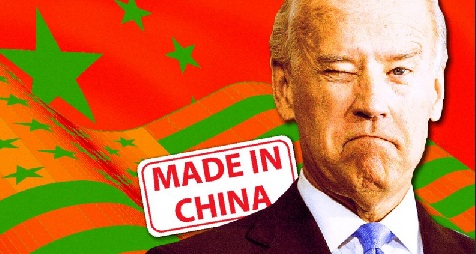 * Knowing this doddering fool in the White House and the same in the House and Senate, I would imagine they'd fuck up the date anyway, due to time zones. This first day of the Spring Festival, the first date of the 2-week-long New Years festivities based on the lunar calendar, is already history in China. They are 13 hours later in time than Washington, FS, as in noon today in "The Federal Shithole" is 1 A tomorrow morning in China (yes the whole country - it's one big time zone**).

** That's no big deal to brag about either, as has been argued on the iSteve Sailer blog. You can't fool Mother Nature or her son, the sun, that is.

MBlanc46
PS When I lived in the North Beach area of San Francisco in 1973-74, I was certainly aware of Chinese New Year, as Chinatown was nearby. Walking through Chinatown, they were throwing firecrackers around like crazy. I was afraid that one was going to explode in my face. We’d best get used to the Chinese and Chinese customs. Now that the globalists are in complete total charge, they’ll be selling the nation that our ancestors built to the Chinese, lock, stock, and barrel. Of course, the Chinese are going to have to battle the .Indians for the top spot. My money is on the Chinese because, if it comes to it, China can stomp India. It will be interesting to see how things turn out for the blacks. I doubt that either the Chinese or the .Indians will have much tolerance for their shenanigans. The blacks, as many have pointed out, might well wind up missing Whitey when he’s gone. The Mexicans and other Latinx will probably do all right. They’re used to just doing what they’re told.
Adam Smith
PS: Good morning...

Happy new year to you too Mr. Alarmist...

Happy new year to all...

I hope everyone has a happy and prosperous year!

☮
Moderator
PS: Thanks, Alarmist. Right back at ya'.
The Alarmist
PS