I can already see that the material in my head for this subject is too long for one post. This one will be an introduction, the 2nd will be about competence, the 3rd one about caring, and the last a conclusion.

The subject is labor, low-level and manual labor, using the example of hotels, because that's what where I run into this. It's where these thoughts came from. I'm not up for multi-colored bar graphs or spreadsheets here with data from the significant number of types of non-White people in the American labor force. I could use the divide between 3rd-world vs. white, but my focus is mostly on black vs. white employees here. Suffice it to say that the 3rd world, as in Hispanics for the most part, in our big immigrant and immigrant-derived work force lie in the middle.

Here's the deal: I try to get along. Black people have been living in America longer than my ancestors have, and, yes, people need work. I stay in hotels quite often on the road, and I can tell right away which ones are black managed. I can tell whether things are going to work pretty well or not.


A typical modern hotel room. We've been expecting things to be nice and to work. 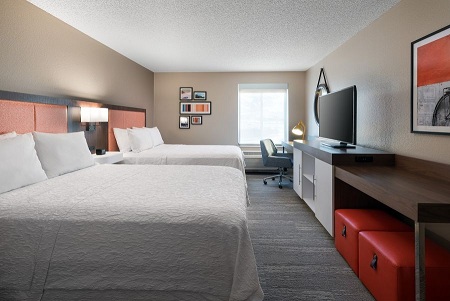 This post is not about the housekeeping help. They are of all persuasions, 99.something% female, though it's rare to see any young white girls. I respect this labor, mind you, and I sure wouldn't want to do that work for years on end.* However, it's not something that requires much thinking or customer service really. Competence does matter, but I'm not exactly mister Spic & Span as far as noticing things amiss. This is about the proper running of a hotel.

Black service employees can be great to deal with in many of the aspects of the job that involve interaction. They are gregarious. They can be hilarious. I can see that they enjoy talking to customers and it sure looks like they enjoy being there. Some are pretty hardworking. I just talked to a guy driving us that has 2 other jobs and was just doing this deal to help a friend.

However, this gregariousness often comes at the expense of the other aspects of the job. Some of the white people at the front desk perhaps realize that they have a mess of work to do in the back (often, in fact, there is no one in the front these days, we've noted.) The management part of the job requires some thinking. It's not always fun and games with the customers. You can't just throw free stuff or discounts to everyone either. That many of the black people in these position lean toward, and spend the most time on, the gregarious interaction side of things is due to either/both that they don't really have the competence to do the other work right or/and they just don't understand or care that the hotel has got to stay the hell in business too.

I think of the scene (couldn't find it on YT, or it'd be here) on The Office in which Michael Scott notices that every one is so uptight and not relaxed, mon, after he comes back from Jamaica. Why can't we all be like those relaxed black folk down in the islands? Everything was nice down there on vacation, right? Well, of course, it's because there are competent white people that have created what they've got down there for tourism. They set all of it up. It can keep running with the native labor, but it can't keep running forever.

As Steve Sailer shows us almost daily in his posts on NY Times articles (usually), our elites and our "good whites" are trying to tell us that, dammit, all fields of employment should have equal, excuse me, equitable** numbers of people of whatever races. That is, unless they are already there in overwhelming numbers, such as in the NBA, and then, well that's the best diversity you can get. There are going to be problems. Do these people see this coming and not care?

At some point, without the competence and caring of White people, things trend, if you will, toward a 3rd-world environment. It is happening slowly now. Maybe it's too slow for some of us to notice. It can accelerate.


They killed the White People > 200 years ago. This is what happens: 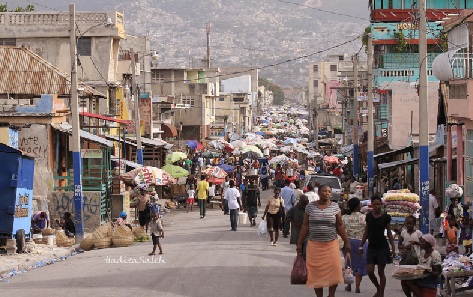 From commenter Alarmist, I'm thinking of the Mexicans here, we need to put up another "Telenovelas are Hell" video soon.

** iSteve has fun with that term "equity", as in "yes, this move will lower the equity in our housing."

Hotels in San Fran and part of California are often cleaned by Chinese or some other Asiatics that look like them. In middle America you can still find hotels cleaned by white people, which is a delight, but I assume rarer all the time. Also in backwaters like upstate New York.

Black cleaning people I’ve found are mostly Caribbean or even African. I find Africans uniquely off putting. Go to a gas station on the Garden State Parkway in New Jersey if you want to encounter surly, sour faced gas pumping African males.

Blacks have lost hordes of jobs to immigration but since their leadership class is totally on the Globohomo teat they don’t mention it much.

I love a good hotel. But a bad hotel is a friggin nightmare.
MBlanc46
PS I see that previous commenters have already expressed my take on this subject, which was, “Jaysus, you found a hotel that’s not owned by .Indians?”
Ganderson
PS. I was surprised, Mr. Moderator not to see the term “Dot head” or something similar in your original post. I’d say if I were making a list of my top ten (bottom ten?) bad hotel experiences, at least eight involved people surnamed Patel.

On the other hand, often my car trips from MA to MN involve the northern route- two of my favorite places to stay are on the UP- very simple, strip type motels, somewhat spartan, very clean, and the staffs are (or at least were last time I was there) friendly and competent. In one instance I was slated to arrive very late, 2 AM-ish - the woman I talked to on the phone just said “ ya, we’ll just put the key under the mat to room #.... for ya.”*

No prizes will be awarded for guessing the difference between these and the ordinary run of strip motels along the Interstate.

BTW on one of my stays up there I had called the place directly to book a room : the owner thanked me, and said that, while the online listing brings in customers, it’s a better deal for him if one calls direct, and actually cheaper , in many (most?) cases for the guest.

*Yoopers have that Fargo accent, too.
Moderator
PS: Alarmist, I was surprised when you said feather, not dot. I guess the dot ones in general work only for their relative owners (of the more lower-budget hotels/motels). Yeah, there are plenty of Mexicans or people-of-points-south-of-there. I imagine many are illegal aliens, paid in cash.

You made me remember a note I was going to add to the post.
The Alarmist
PS

I was on a business trip to the US, and we usually stay in the Four Seasons, and my CEO, who is a European, surprised me by asking,”What happened to the black ladies?”

I had no idea what he meant, so I asked, “What black ladies?”

“The ones who clean the rooms. They’ve all been replaced by Indians.” (He meant feather, not dot).

I hadn’t really given it much thought, but sure enough, the chatty black roomkeepers had over the course of a year or two been replaced with mestizos from south of the border.

I had to cut him some slack, because aside from hiring me, he was otherwise not steeped in a culture of selling his own nationals down the river for a few extra shekels, unlike many American CEOs and the rest of the American managerial class who have profited greatly from screwing their nation.