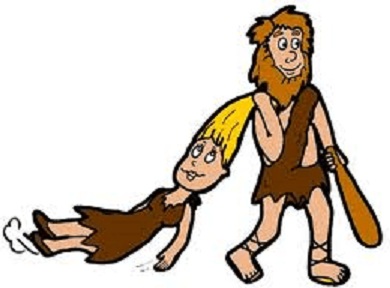 We used up the title already that would have fit this post too, long ago, with the post It's not nice to fool Mother Nature!. That was Peak Stupidity's 3rd post in the area of Feminism. As a continuation from yesterday's, this post is a summary description of this whole ball of stupidity that has been pushed on Americans for over 1/2 a century.

American women have gone along with this stupidity pushed on society because, well, it's "for women". Like the creatures they are and were made to be, women are not so much concerned with society as a whole but their families and themselves (especially the latter when the don't have the former). As with that commenter Rosie over on good old unz.com, they can often speak clearly and logically about important issues, but when it comes to women vs. men, they will take the side of what women are supposed to be for, with no concern for fairness or any understanding whatsoever of men's issues. The shame of it is, what they are convinced to be for is not the best thing for either for women or men, it turns out.*

One of the finest commenters on the iSteve comment threads is a fellow that goes by the handle AnotherDad. I doubt I have disagreed with him significantly on more than 2% of his comments**. He has OK's Peak Stupidity's excerption of most of this comment of his. It's not the only time AnotherDad has tried to explain this point of real Conservatism, but I really like this:

But this really is just feminism 101:

If men are doing something–and it has status–then women should get at least 50% of it. Business, law, medicine, politics, sports, science, tech jobs ….

But the plain fact is that men are just better at most of the “thingy” stuff of the material world that have high status. Men are evolutionarily designed to engage in sexual competition/warfare and to hunt. This involves a whole palette of “thingy” skills.

Women are evolutionarily designed to bear and nurture children and secondarily to gather. They tend to be better at sensing and navigating interpersonal relations and in a few particular “thingy” skills–fine motor control, color perception (berries/herbs).

Essentially men and women are beautifully complementary. Men are somewhat to a lot better at most things involving interaction with the material world–which is most things. (And thus smart–mostly white, some Asian–men have given us a world of amazing material abundance, for which we all should be thankful.) While women are infinitely better at one thing–one thing which is absolutely drop dead critical for survival. But a lot of women, don’t feel that reality is how things ought to be. Sad.

I don't think I could have said this near as well as AnotherDad. Thanks!

I've got some more thoughts on this myself, with a little bit of personal experience to throw in too. I'll have a Part 2 sometime soon.

* OK, it didn't just "turn out" that way - I am pretty sure that there are people behind these red tides , errr, waves of feminism that push for it due to their desire to destroy American society. There are other ways to do this, in operation as we speak, but destruction of the nuclear family is Job #1 for the Commie types. It always has been. Feminism does this job very well.

** I should except the few in which he was just ever-so-slightly on the pro-panic side of the Kung Flu PanicFest divide, but he has been very reasonable as of late.

Moderator
PS: Yeah, Mr. Blanc, besides expounding on other subjects, AnotherDad has had numerous comments regarding young women being foolishly in politics and the fools that listen to them ... etc.

Downtown BB, I was waiting for the punch line...
Dtbb
PS: Why do cavemen drag women by their hair?
MBlanc46
PS I remember that comment. Agreed, it was top notch, as most of AD’s are.