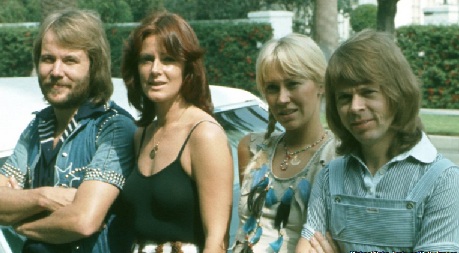 Recognize any of these people? Maybe this will help.


We at Peak Stupidity are getting just a little tired of having commenters on unz.com, etc. arguing against any criticism of Socialism or promotion of Libertarianism with "Sweden! Sweden!" and "Somalia! Somalia!", respectively. These arguers' point is that, for general quality of life in a country, the political/ideological system is not as important as what the race/ethnicity of the majority of the people are. We do not dismiss this point of theirs. However, both factors are important, but additionally, the latter of these 2 alleged examples of nature over ideology is specious, and I have a pretty big collection of opposing examples to Sweden.

Somalia? Really? That is alleged to be the bastion of Libertarianism that nobody would go out of his way to live "under". See there really is no "under", though, as Somalia has Anarchy, which is nothing near what Libertarians see as a good system of government. There is not much of the rule of law, property rights, private voluntary associations, and the non-aggression principle that is part of the Libertarians' dream society. Yes, of course, that IS due to the fact that Somalians live there, not John Locke, Thomas Jefferson, and that crowd. The arguers against Libertarianism are right that race matters, but then it just explains why there will be no such Libertarian society in Somalia.

Not just today (where there's no place like home), but, going back through history, I can't think of any example of any government run by anyone but White people that has/had greatly limited government. What I can think of is a huge chunk of the world that had huge majorities of White people under hard-core Totalitarian misery for 1/2 to 3/4 of the last century. It is so big a part of the world, that one might have called it the "2nd World", but we had a another term for it, the Communist "East Bloc". To me, Communism is just the hard-core version of Socialism, as we explained here. I like that post, so I'll excerpt this one paragraph:

Now, socialism is often thought of as just Communism-light, a friendly, nice, compassion version. No, no cultural revolutions planned, no mass graves (planned). it’s gonna be neighborly, dontcha know, like in the nice little towns in Vermont or Sweden (before the invasion). We’re gonna all discuss things, over lattes; we’re going to keep it calm and soothing, like National Public Radio, but sure, yeah, at some point we’ve gotta to redistribute some of your stuff. No, no, no, nothing like that, just some taxes that you pay ... well, yeah you’ve gotta pay ‘em... sure.... the tax people are our people... very friendly... what do you mean, “what if I don’t?”... I mean sure, eventually they’ll call guys with guns... but we don’t expect that ... we don’t even LIKE guns!.. Ewwww.

Moving on, then there are the Oriental lands, in which there has been the 3,500 years running society of the Chinese, with, from what I know of their history, the idea of small government never even ringing a bell in anyone's head. The place has recently come out of a hell of a lot of bad times, with high hopes for a possible future of, if not small government, a reasonably free society. That hope has been dashed by the latest would-be Emperor Xi. #VellyDissapointing! (Got a post him that coming.)

Let's just say that having a majority of White people as a nation is a necessary condition for a Libertarian society, but not a sufficient condition. My detractors may not argue that point but just, again, point out "Sweden! Sweden!" as an example of a good place to live that does have Socialism, but under White people.

Before I get too far on that, let me say that I and the detractors would agree on the one point, that we've got to consider the Sweden of the period BEFORE they invited enough Moslems and Africans into their lands to seriously damage the place. (See Importing a civil war, in Sweden.) Yeah, let's talk pre-2000 Sweden. Our commenter Mr. Ganderson has a Swedish background (I assume) and has spent time there even last year. For me, it has been over 3 decades, but that means I can relate my opinion on the White Socialist Sweden. 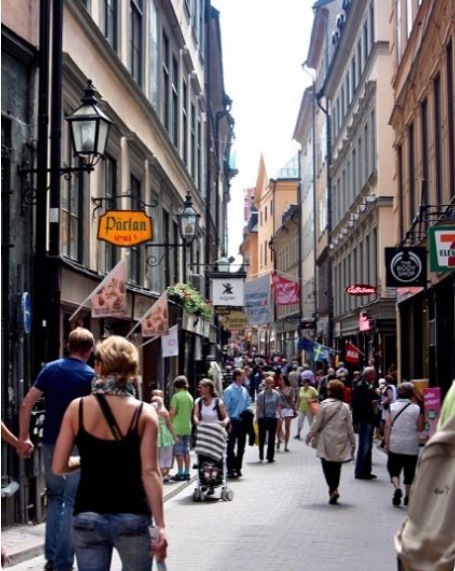 Of course, it was not a bad place. Of course, since we don't really have ANY county with anything approaching a Libertarian society today, and the immigration invasion has stricken all of the White countries, I would pick 1985 Sweden over today's America as a place to live, were that possible. Other than the gun rights thing, it'd be no contest whatsoever.

I hung out with a number of local people in just the quick 2-day period I was there. I was at first impressed with "yeah, Wednesday's off too, huh? A 4-day workweek, you say? It's great having that subsidized apartment ..." It didn't take long, though, for me to wonder how an entrepreneurial type would fare there as opposed to in same-time-period America. If you're gonna have the freebies for the folks taking it more easy, than the hard-strivers would have to pay for this. Taxes were much higher there and levied in many more ways, same as with much of Western Europe.

I also had friends from Western Europe, more in the 90s than the '80s. I learned from the ones I worked with that, though they missed some aspects of their homes, the opportunities to get somewhere in life (my field was one) were just so much better in America. Socialism puts a real damper on the economy.

Finally, in what should be a later post by itself, the dysgenic factor of Socialism is one that I've brought up, causing the arguments of "But, Sweden!" In America, my contention is that 55 years of Socialism (since, basically, this scumbag), have enabled the irresponsible Americans, many of the particular black persuasion, but others too, to have and raise children on the money involuntarily contributed by the responsible among us. True, in the all-White country of pre-2000 Sweden, there weren't so many irresponsible people. Yet, there will always be some, and will they not end up breeding more rapidly than those tasked with doing productive work, who often feel too responsible to have very many kids due to budget contrasts, due to being taxed out the ying-yang to pay for the others' fertility? I answer in the affirmative, but I do agree it would not result in as quick an effect as it has in America.

So, instead of the ideological battle of Sweden v Somalia perhaps the battle of 1980s Sweden v Today's Sweden should be held. We can't reverse the damage though, to see the long-term results of Socialism in a White population. We do have the 20th century Sweden v 20th century East Bloc contest. We could change the math above to: having a majority of White people is a necessary condition for a good and decent society, but it is not a sufficient condition.

MBlanc46
PS The nature of the people is much more relevant than the “political system”. Sweden is what it is because it’s full of Swedes. And it’s becoming what it is becoming because it’s full of Swedes. Somalia is what it is because it’s full of Somalis. Only about 2% of Americans vote Libertarian because, although they tend (alas, less and less) to prefer limited government, they do want government; they don’t want “the market” to determine whether their street becomes a whore stroll, or the corner a drug market.
Robert
PS: One example of some highly successful socialist/communist societies are the medieval monasteries. The wealth they had built up (often taking large tracts of poor land, and spending centuries improving them) was at least part of the motivation for the Protestant Rebellion. The Cistercians, in particular, specialized in draining swamp land.
Moderator
PS: Dieter, thanks. You should send that in a comment on the HailToYou blog. I would put that image up, but I'd rather have Mr. Hail look at it first fo get to the background/assumptions to see if those numbers are good numbers. (Good as in accurate and meaningful.)

Mr. Ganderson, you do have a point that I've been contemplating. I can wait for you to write more about it - about more Socialist States/locations in America, such as the northern midwest, were they to have continued to have remained very solidly White. Yes, high social trust and a good work ethic do go a long way - they could have their Socialism locally - high property taxes for schools with indoor swimming pools, more welfare, etc. Would it go on well forever? (Not counting influxes of others, of course.) Good question. Please write more, if you have the time and inclination.

Q. Why is Tiger Woods like a baby seal?

A. They’ve both been clubbed by Scandinavians....
Dieter Kief
PS - Hey Mod - here are news about CO-19 in Sweden - - some numbers even - and they sure look interesting - incredible almost

For a year now we were spoon fed just how bad Sweden did compared to their Scandinavian neighbors - and now it looks, as if Sweden did just about like Finland and - even better then Denmark. - What the heck!
Caveat: I don't know the twitterer, but - I saw his tweet retweeted by Ivor Cummins, if I remember right, so...

(I think Hail is busy with the essay he said he was working at about the CO-19 conundrums).
Ganderson
PS
High social trust and a good work ethic is a good formula. Worked pretty well for the Swedes, and the other Scandies. Worked pretty well in the mostly Scandinavian and German Upper Midwest, too.

Tired now, off to bed, may add more tomorrow.
Moderator
PS: Your mention of Sweden's lack of hysteria wrt the Kung Flu has reminded me to check on Mr. Hail's site for anything new.

Nope, nothing new. Mr. Hail, let us know if you are around reading.

BTW, back to King Gustaf, he likes the cute furry seals, but then what has he done about Greta? Nothing. "Club Greta - save the seals!"
The Alarmist
PS

How can you not like a country whose King, Carl Gustaf, can be seen merrily speeding down the highway to the next wild sex party. I think I saw him once at a filling station (petrol, not sex).

When people compare Sweden’s COVID performance to Norway, they’d be well advised to recall King Carl Gustaf’s remarks showing his disapproval of the clubbing of baby seals in neighbouring Norway, with words to the effect of, “A prime minister who can’t take care of baby seals can’t be very good at ­taking care of his country.”

How do you trash a great country like that? You import Somalis.