Bill Gates and the Blue Screen of Divorce 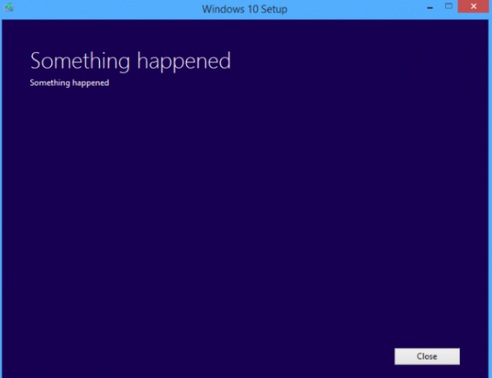 Wasn't Bill Gates the richest man in the world at one point? The more recent richest man, Jeff Bezos, got divorced recently, so shouldn't his losing 1/2 his money bring Bill Gates back up in the standings? They should have an asterisk by their names on the list as getting screwed in a divorce shouldn't screw you over on the richest man list too - that's NOT FAIR! Mr. Gates is getting divorced now too, so it's back to a fair match between these two "TECH" moguls.

Peak Stupidity has not written nearly enough about the family court stupidity that has made marriage in America an even larger roll of the dice for men than it's ever been. We will more at some point. However, let's just say we're not all bent out of shape about the Billinda divorce news. Yeah, see we don't read the National Enquirer and are only posting this news for the jokes, but Peak Stupidity has at least heard of the new combo naming convention for power/celebrity couples. There was Brangelina, then there's the Mexican AMLO and American JLo. (OK, the latter 2 are not power couples, actually, unless the've taken someone like the good Gov'ner Ron DeSantis' advice to go fuck themselves. They would then be virtual power couples(?))

As we'll speculate about in an upcoming post, Bill Gates could easily be one of the most evil of men in this world. It's probably a good thing that he'll lose a few dozen billion dollars. The carnage would have been not as bad if he had on hand a pre-nuptial agreement his lawyers could bring to court. Thing is, it's not like he didn't type one up too, years ago. Mr. Gates had a bullet-proof pre-nuptial agreement, but the file got corrupted during a crash of Windows 8.

On the other hand, Melinda Gates is said to be a more anti-White philanthropist than her husband. I can distinctly remember a couple of decades ago being truly surprised when reading that their scholarship program would not apply to White people. Oh, I understand you read that stuff all the time now, but it was a long time ago that they started that. Sure, it's a private corporation, working hand-in-hand with government to ensure our crap-OS needs are met, but wasn't that a pretty evil move right there? His geeks from the day when he appropriated his buddy's DOS to sell to IBM, and throughout all last century during his rise to richest man in the world were highly predominantly White Men. (The same could be said for Jeff Bezos.) Yet, Mr. Gates decided that they didn't deserve ANY of his philanthropy. Instead, he would save the Africans instead, creating the (Steve Sailer's) "world's most important graph"*.

This is the National Enquirer's and People magazine's purview rather than Peak Stupidity's but we can still speculate on the causes of the rift within this OS power couple. We wonder if Clippy the pop-up paperclip guy wasn't involved in some way. The guy was always just a little too helpful, often appearing unexpectedly out of nowhere. They say Clippy has been seen inserting himself into Melinda's desktop reset hole.

Mr. Gates is said to have been spending time with an Oriental former flight attendant, one Miss Wang. This Wang, dang, sweet Puntang business is OK in and of herself, but could this not be a national security risk? Bill Gates is leader in "TECH", after all. Could Miss Wang have been controlled by the CCP, using her own feminine re-boot hole to better support and enlarge Microsoft's tools in order to further ruin the US economy?

This is one odd divorce case in which I hope the lawyers DO get a whole lot of the money. America would be better off without either one of these two, together or not. This is what we have gotten from 4 decades of the Gates: 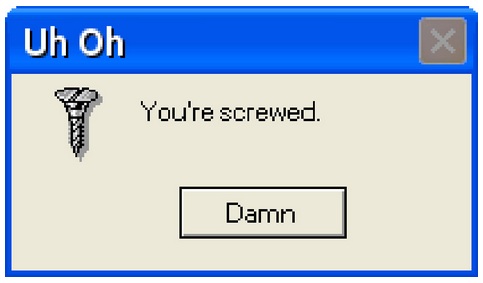 And, now for something completely different, from commenter Rex Little.

* In case you are not familiar, it's a graph of the different world continent's recent and predicted population change, with Africa having the only real positive slope, a HUGE one going up to 4 Billion Africans by end-o-bidness-century.

https://www.youtube.com/watch?v=7SSOCabqCKI
Moderator
PS: Mr. Blanc, I didn't keep up with Bill Gates but just read that recently regarding his divorce. I hope both of them get what they deserve. They are both spending our hard-earned bundled-in-operating-system budget money to screw over White people. I see them as enemies. Imagine the alt-right having that much money to "philanthropize" with.

(Hey, spell-check has no problem with "philanthropize", which I thought I had just made up.)
Moderator
PS: Thank you for the poetry fellows. Regarding Jeff Epstein, what COULDN'T the guy do?! I guess once you get the first set of pictures or a video, you've got a lot of power. Why couldn't the Clintons/Bill Gates/etc just get together and off him much earlier? Were they too hooked on the poontang, or was he smart enough to have a dead-man switch type deal. If anything happened to him, the embarrassing information would automatically get out? OTOH, why didn't it after he "killed himself" while the guards were having a shift change or what have you?
MBlanc46
PS I haven’t been paying much attention to this, so I hadn’t heard about the Chinese side piece. So the dumping, and the payout, are deserved. Nice touch on her part, associating him with Epstein (who did not kill himself) and the Lolita Express.
Adam Smith
PS: God morning everyone...

Mr. Alarmist, the writers of South Park do have a knack for being prophetic. Thanks for the video.

Robert, I like your poems. You've inspired me to give it a try...

Oh how I dislike thee Fauci and Gates,
I can easily count the ways...
I dislike liars and conmen, and you pharma shills...
and that shitty operating system peddled by Bill...
I dislike thee for the damage you've done,
for the children you've paralyzed and the people you've killed.
I hate you for the disease you're spreading throughout the land.
Both of you charlatans can go pound sand.
I dislike you both with the heat of the sun,
Writing a poem about my hate for you sure is fun.
Please do the world a favor and leave us alone,
I don't think either of you @#$%&!s have a soul.
I look forward to seeing you lowered into your deathbeds.
And I will dance on your graves when I know you're both dead.

Achmed, Sailer's graph is both important and scary. It's implications are terrifying.

☮
PeterIke
PS
Ruh oh! Latest word is that the manly half of the couple -- Melinda -- did not take kindly to Billy hangin' out with -- wait for it! -- Jeffrey Epstein! Ahhh, how these types all interconnect.

But hey, Bill is one of the genuine Masters of the Universe, and these great geniuses surely don't have to follow the rules we peons follow. So if he wanted to fool around with underaged girls who may or may not have been essentially sex slaves, hey that's HIS business. Melinda needs to remember that without Bill, she'd just be some middle class nobody.

The funniest thing about the pair is that Bill often looks like an old woman, and Melinda looks like an old man. Weird. Their two daughters are cute though.
Robert
PS: These could use some improvements, but this is as good as I can do at the moment:

My fave Gates sendup was in the first South Park movie, where he is offed by a general pissed that Windows 98 has crashed his battle plan for taking on Canada.

But I’m starting to feel that SP’s other send ups of Gates being an evil, scheming genius has a bit of heft to it...

Moderator
PS Thank you, Adam, and I remember now it's the "world's most important graph", though "scary" is just as good. I'll change that in the post now.
Adam Smith
PS: Sailer's graph, for anyone who might like to see it...