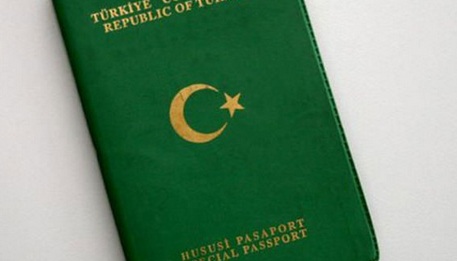 This one is a cut-and-paste job. It's not even a normal cut-and-paste job, as I'm getting this one from Peak Stupidity itself. In this post about that Josh Rogin China/Trump book, I'd mentioned an anecdote coming in a footnote. What the footnote was about was this: "As evil as the governments of the Middle Kingdom have been to their countrymen, they still want to keep the same countrymen at least, and they make a big effort to control who lives there."

I found out that I'd related this story on Peak Stupidity already. It was in our post Banned in Beijing ..., but not at all related to that post itself. That post is from over 4 years ago, so likely all readers here have not read this one. Here:

******************
This is hardly related at all, except my friend's date in the south of China was named Shuping (that's the family name - first name was "Sweetie" or something). Anyway, I was in a hurry to meet them both before 2:30P on the "mainland" side of the border with Macao a few years back, as I would not know where to meet up with the bus to Canton, were I to be late. I just missed getting in front of the immigration man, when a Moslem guy (with crescent moon on his green passport) got back in front of me to finish. Let me tell you, this immigration guy was absolutely not screwing around or being PC by treating everyone the same. He went through every page on this guy's passport with a magnifying glass, back and forth at least twice. 10-15 minutes went by. Well, I got my turn finally, and it took about 30 seconds. Though worried even more about making it in time into the country, I pointed at the guy, said "Moslem?" and gave that immigration guy a big thumbs up. He smiled back.

Luckily my friend meant AFTER 2:30P, not BEFORE, as I looked frantically for gui lao (foreigners, literally "white ghosts") all around the sea of Chinapeople on the other side. Good times, good times, ... and we should import immigration zealots like that Chinese gentleman at the Zhuhai/Macau border, rather than vapid psychology students.
******************

Now, that's a real country, taking seriously who comes in, who comes out, and WHEN they do. They have what's called "exit control", marking people as leaving. This allows them to be sure when people overstay their time limit in China. I know we didn't have a good system like China's on exit control, and I don't even know if we do now. See, that, a decent southern border barrier, and a moratorium on legal immigration are what I'd called a very good start on "Comprehensive Immigration Control". For the traitors like Texas Senator John Cornyn, that term means Amnesty. "Mister we could use a man like Xi Jinping again also...♫♪♪" OK, NOT! Just a non-worthless Donald Trump would do it.

PS: Interestingly enough, that 4 y/o post had discussion of face masks in it. This was not about diseases though, but just the smog in the big Chinese cities. I've seen this myself, but it was a while back. According to a commenter on The Unz Review the girls are still holding umbrellas walking around in the sunshine. That was always pretty charming.

MBlanc46
PS DK: I know a bit about some of those places that you mention. I’ve read a fair bit about Turkey. I’ve been to most of them, at least briefly. I’ve never been to Eastern Europe. Although Eastern Europe certainly is Western in civilization, I can’t see it, or any of those other places taking up the standard if Western civilization fails, as it is failing, in Western Europe and the European diaspora nations.
Dieter Kief
PS

Mr. Montblanc46 wrote: "But watching civilizational collapse is of some interest. (A) And we have no choice but to play the hand we’re dealt (B)."

B is right. A might be a tad over the top. It is interesting, what's going on, I agree. But it does not quite feel like a collapse. Not in central Europe that is (let alone the Balkans or Turkey or some such (Portugal, Poland, Denmark, Marocco - friends visit (and worked for a while in ) Zimbabwe - they like it a lot there... (a white women, - ok) doctor more or less wiped out CO-19, if we can trust Pierre Kory, with the help of Ivermectin, unbothered by the government).
MBlanc46
PS They’re Chinese. They believe in themselves and their civilization. We, or at least those who rule us, are Europeans, who have lost our belief in ourselves and our civilization. Couple that loss of belief with the insatiable lust for cheap labor on the part of the employer class, and it’s the end of the line. We’ve had a great run. 500 years. I hadn’t planned on watching the final act. I’d hoped to see even greater achievements after July 1969. But watching civilizational collapse is of some interest. And we have no choice but to play the hand we’re dealt.
Moderator
PS: Yeah, jokes with these people are indeed ill-advised, unless you have A LOT of extra time on your hands. A couple of years ago, at a stop over in Ireland (Shannon, maybe, or Dublin) my friend brought up that he had had "a wee bit to drink" on the flight in. He ended up having to see another agent who was on break for a long time. It was quite the hold up. He hadn't even make any Lucky Charms jokes, so WTF!

They say start off by going to Ecuador. That's what the highly persecuted refugees say. Make sure you bring enough money for your first Christmas trip to the homeland, before you get yourself fully enrolled in the welfare system.
The Alarmist
PS

I have a residence permit in the EU, so they normally don’t stamp me in and out, but for some reason one of the times out they did stamp me out, and when I returned they didn’t stamp me in. So the next time I left, this tripped me up for a few minutes, because the border control could not see how I could exit the EU and then appear to exit it once again without entering it.

My nature would ordinarily be to joke about swimming across the Channel, but that would have been ill advised. What it did demonstrate, though, is that border controls in the Western world only apply to the most desirable travelers, not to the problem children.

I joke with my European wife that if we ever decide to settle in the USA, we’ll walk across the border from Mexico.