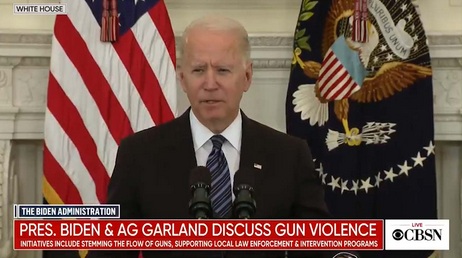 Blogger Steve Sailer has done a great job in informing me, and I'm sure plenty of others, of this significant escalation in black violence since the "Summer of George" with numbers and graphs. (Nice Seinfeld reference too by Mr. Sailer.) One could legitimately argue over whether the change for the worse occurred due to the LOCKDOWNs and free money given out or the lack of policing per the specific wishes of the black community and as self-imposed by cops that are tired of appearing in viral videos or a combination of all that.

Here's what one can't argue with, if one seeks more news than just the narrative of the Lyin' Press, or simply keeps one's eyes open: Besides a few high-profile ones featured by the Lyin' Press, these shootings are perpetrated by black men. There is an increase in that type of shooting, with the rounds hitting people all over the party or block, and an occasional hit on the target. These are usually just targets of impulsive black rage, a guy who stared at another guy too hard, or maybe a screwed-up fried chicken order, I dunno.

One could come up with the usual solutions* under the assumption that American society has just not done enough to lift these black people out of their sorry state, as it's all cultural and poor nurturing, right? That's not whom we are and we could do better. Alternatively, one could face reality finally tell the truth, that these people are genetically low IQ and genetically prone to violence. The author Charles Murray just wrote a book explaining that, in fact (with not very good of a solution either, as some readers of the book have noted - briefly discussed in this post of ours.)

For this post, I'm going by what Steve Sailer excerpted here with a hell of a good one paragraph dismissal of said stupidity. Yeah, I get news from blogs often, at least ones I trust. However, the much larger transcript of what I couldn't stomach listening to, along with something similar from a few months back, is something I'd like to fisk separately. It's evil stuff out of these people, which I'll get to next time, but I have a different point today.

It's getting harder and harder for the ctrl-left, including Biden and his handlers, to stick with the narrative. I would say that from 1968, the year of the start of serious gun control**, till the early 1990s, there were intelligent people, not principled Americans, but intelligent do-gooders who honestly wanted to regulate/tax/ban various gun for safety reasons. I will give the NRA and millions of American voters and activists credit for not only thwarting the ban of all guns by this point, but also learning and teaching others the error in the logic of those do-gooders. The great increase and improvement of concealed carry laws (see our review here) is one thing. There have been many others. Things really turned around by the mid 1990s.

More importantly, the general public has long ago learned that the story about gun control being for "our safety" is bullshit. That narrative has been given up by the Red-squad politicians and many Blue-squad ones, who want to be elected. The Lyin' Press has been still on it, by showing story after story of hourly black shootings of all sorts , nah, mass shootings involving people of interest. That works on some. We do have the internet now, along with our own lying eyes. We can all find some realistic numbers showing the "color", if I may, of this problem.

It's becoming more and more obvious to the "deplorable" patriotic Americans that the ctrl-left's push for gun control is completely about Totalitarianism now. They DO NOT WANT US TO BE ABLE TO FIGHT BACK when they come down on us with the full load of it. They were supposed to have taken care of this long ago, per the (I dunno) Frankfurt School's lesson plan.

So, here's the President and Commander-by-Cheat, Joe Biden explaining:

Background checks for purchasing a firearm are important; a ban on assault weapons and high-capacity magazines — no one needs to have a weapon that can fire over 30, 40, 50, even up to 100 rounds unless you think the deer are wearing Kevlar vests or something.

See, now, if he didn't screw up his line here, someone really screwed up with this. We're talking rifles here. We all know that this escalation in violent crime is not about Connor dissing Tyler about all the dandelions in his yard during a barbecue in the burbs and Tyler coming out with his 30.06 shooting up the gated community They'd have been better off keeping with the "illegal" handguns narrative.

Then, this deer donning kevlar remark really has me miffed. He could have brought up .50 caliber rounds and lied about lower calibers. "You just need your shotgun." What does the kevlar vest have to do with a larger number of rounds? Without a good shot, this deer would not stay put for even 1 more shot, or is the point that a hunter would knock the vest-wearing deer down with the first shot and run over to kill him with all the capacity of his 50-round mag after that? Biden screwed up and brought up the wrong tripe here. Leave out the kevlar vest, and it least makes sense.

Regarding his remark about F-15s not allowed to be in the hands of any of us peons or a militia. I could go on about Amendment II and that the F-15 is an interceptor, rather than a ground attack aircraft. I'll leave this one to Mr. Anon. From his comment on that iSteve thread here:

In other comments Biden said we’d need F-15s and nukes to defend ourselves against the U.S. Federal GovCo.

Yeah, right, small arms are no good for fighting the U.S. Government you peons – we have F-15s and W-88 nuclear warheads – but on January 6th, a bunch of unarmed flyover-country HVAC technicians, insurance salesmen, and grandmas, led by an internet shaman in a buffalo headress, constituted an “insurrection” that was a threat to the Republic!

Suffering from a little narrative-confusion there, senile old Joe?

The answer is probably "yes". Thank you, Mr. Anon.

PS: Site note: I finally added the Guns topic key back this February. I hesitate so long on these because I know I'll have to go back through 1960 posts and add these new ones. I will do that in a week of couple of hours a day, with a list of the newer ones in mind.

As the reader may well know, Peak Stupidity has had plenty of posts on guns. Except for 3 with the "Guns" key, they presently have the Liberty/Libertarianism, US Feral Government, or US Police State topic keys, at least.


* Fred Reed has written a couple of very decent columns recently. This last, Blackness Fatigue: Enough Is Too Much explains the current American racial nightmare pretty well, with, well, absolutely no solutions prescribed, which is his thing.

Moderator
PS: " I think sending the Africans back to Wakanda is the most sensible solution." You'd think that would be your standard win/win.
Adam Smith
PS: Morning again...

Mr. Moderator, I would not like to be near a major city when all this pressure that's building up pops. I fear it could get really ugly. God put a giant ocean between America and Africa for some very good reasons. I think sending the Africans back to Wakanda is the most sensible solution.

Welcome back to the states Mr. Alarmist. I hope your stay is most enjoyable. And thanks for the Tilted Kilt video. Always a pleasure to watch that one.

☮
Moderator
PS: Thanks you guy for the fun links. Adam, we are making plans to move further out.
The Alarmist
PS

What you need when presented with hostile bull ... OK, it’s actually a Cape Buffalo...

Is 50 cal appropriate for hunting deer?

Adam Smith
PS: Thanks for another great post Mr. Moderator...

And thanks for the links to the Reed and Sailer articles. I had not noticed them as I have been very busy this week. (I have enough work right now to keep five of me busy.)

Mr. Anon, your unz comment is spot on. Thank you.

Clown world is beyond parody, but I give the folks at the bee an A for effort...

I truly hope (((they))) do not get that race war they are pushing so hard for. 'twould be most horrible to open that box. Interesting times, I'm glad I live in the woods.