John Gruskos has a new version of "Turn on, Tune in, Drop out".

Under a cryptic post by Steve Sailer on The Unz Review, there was some good discussion by the commenters regarding the role and prospects of former members of the US military.

Commenter "Prime Noticer" usually has good comments. This particular comment of his was kind of pessimistic about things, reading:

It’s pretty alarming to see that we really have very few actual allies and half or maybe even the majority of putative allies are just grifters. the patriotic Americans who keep the country running are a really deep treasure chest to be plundered for decades. the grifters might as well get while the getting is good, because in a decade or so they won’t be able to run this scam anymore as core America will be so utterly defeated and dying off, literally. Democrats will have largely made the Republican party illegal, so that will be the end of the scams.

Whose side are they on? 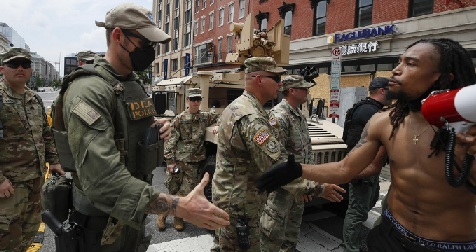 "Woke soldiers and Bai Dien's coming. We're finally on our own."

I can't argue about the type of people patriotic Americans are dealing with today. However, a commenter going by the name of John Gruskos replied with a very nice comment - here - with a number of ideas as prescription for our ills, prepper style, with a touch of the 55 y/o Counterculture mantra "Turn on, tune in, drop out". Here is Mr. Gruskos' comment in its entirety:

Instead of “help your friends”, I say “hurt your enemy”.

Instead of “give till it hurts”, I say “force your enemy to give till he hurts”.

If your method of “fighting back” is to give money to “the cause”, you just make yourself a piggy bank for grifters – impoverishing yourself while enriching cynical frauds.

On the other hand, there are no downsides if you STOP giving our money to known and open enemies.

Wall Street:
Don’t give them interest. Instead of borrowing, save and buy with cash.
Don’t give them insurance premiums. Don’t carry any form of insurance, just live a careful and healthy lifestyle.
Don’t give them rent. Blackrock is on its way to becoming the only landlord. Don’t make your adult children pay rent to Blackrock. Let them live at home while they save to buy their own house with cash.

Hollywood:
Cancel your cable subscription, cancel your Netflix subscription, don’t go to the movie theaters, don’t rent from Redbox etc.
Sell any and all Hollywood related merchandise currently in your possession.

State and local government (if you live in a blue state):
Eliminate or minimize purchases of goods subject to sales tax (junk food, fast food, “durable goods”)
Refrain from any home improvement which would increase your property tax.
Don’t visit NYC or any other ultra-liberal area as a tourist. Never give the bastards a penny!

Academia:
Tell your daughters to get married instead of going to college, and tell your sons to use higher education strictly as vocational training, with the explicit goal of paying as little as possible. Emphasize that an Ivy League degree now carries negative prestige in your eyes.

Mainstream media:
Cancel subscriptions, and don’t click on their websites (eliminate their click-count based advertising revenue)

Big Pharma:
Eat healthy, stay hydrated, exercise, get a good night sleep, and when you are very old and its time to die, just lie down and die gracefully. There is no need to ever give a penny to the so-called “Health Care” industry, staffed with murderers who perform abortions, perverts who perform sex change operations, and drug dealers who sell Oxycontin.

Basically stop paying for things which not only give you no benefit, but do actual harm to you. Save your time, save your money, avoid the mental strain of being subjected to enemy propaganda, all while depriving your enemies of revenue streams.

If we haven't already, we all need to face this now. The Establishment is hard left, Woke, SJW, or flat-out virulent Communist. It hates us. It is not on our side. It is our enemy, and we are "finally on our own." We are the Counter-culture now. 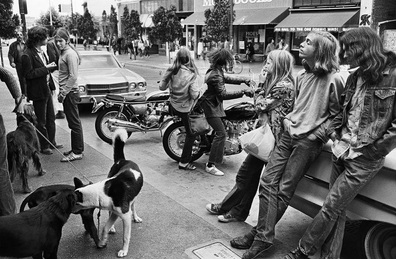 The hippies half a century ago "turned on" to drugs. We don't need more drugs. We need to turn on to freedom, in a different way as the hippies, but we need to turn on our imaginations to understand what freedom even is - the young people just don't have a clue about it.

The hippies half a century ago "tuned in" to the new (most excellent, you gotta admit) rock and folk music and the new ideas spread outside the Establishment media. We need to find ways to keep up our communications and stay tuned in to the few honest, patriotic Americans in the media. It would be nice to have some decent music too...

The hippies half a century ago "dropped out" of the "system". They wanted to ditch the traditional way of American life. They were quite in the wrong on this in 1960s America. In 2020s America, yeah, that's not our America. We've had enough! We need to drop out of the system as much as we can.

Mr. Gruskos' prescription is not all-encompassing, but it provides some good ideas for those who have not thought this all out yet. The overriding theme of his comment is: at least don't give the bastards who are trying to kill you and your country any more of your money than you have to.

Moderator
PS: I am pretty close to going that way, Rex. We have one of the big carriers, which are what, down to 3 now, or even 2, with some latest merger my wife told me about? They force you to put a CC on file, then they just jack up the price 10 bucks, and you just plain pay. There's really not much leverage anymore, like delaying a payment and calling their people in the Philippines.

Got a post on THAT crap coming too. Too much stupidity, so little time...

Mr. Fwies, I try to separate the music from the man. Hey, besides being a rocker to begin with, when you write the lefty themes into your songs, you get even MOAR chicks, that's really what it's about, IMO.
Fweedom Fwies
PS Neil Youngski, that comrade can play a one note solo like a champ. Forehead in Ohio, for what it's worth.
Let's roll, comrades.
Rex Little
PS You can get even cheaper than that $5/month kid phone Gruskos recommends. If you go with FreedomPop, you pay $10, once, for the SIM card, after which you can choose their free plan. This lets you make/receive unlimited calls over your wifi (so no, don't cancel your internet). You will pay extra if you go over 10 texts a month, but it's only $2 for 100 texts.

If you do cancel your internet, you'll only get 10 minutes worth of calls per month for free, but I think it's only $2 for another 100 minutes.

(Personally, I couldn't do without the internet. The library isn't open for all the hours I spend online, mostly playing games and surfing sites like this one.)
Moderator
PS: Alarmist, if your nephew already had some good skills and a few connections, learned from and gained, from your brother, perhaps he could be more bold in college and just say "fuck it", call out the Profs for their BS and see what happens! Well, it's hard to do that, at that age when you think passing or getting through is the important thing.

I had a chance to audit some classes in any majors at one point, no charge, and a like-minded friend and I had talked about attending some of them and just raising Holy Hell if the opportunity presented itself. We never got around to it, unfortunately.
Moderator
PS: Dieter, I don't agree with every little idea in the post. I think we'd be better off keeping our communications, i.e. the internet, as otherwise, we may be free, but we'll just be dying out and letting the BIG STATE take it all eventually.
The Alarmist
PS

I told my nephew to skip college and learn a hard trade, like plumbing, HVAC, or electrical. My brother, who was in construction for four decades, said the Mexicans had a lock on the trades, and even took a maintenance job at the university to cover the kid’s tuition. That was a winning move for my brother, who now has a cushy job that he might have for the rest of his life, but I’m not so sure my nephew will get any benefit from attending anything other than an Ivy ... at least he won’t be saddled with a ton of debt, but he’s still a White male of European descent, so “fish out of water” at a contemporary college.

Maybe I should have suggested he identify as gay or tran just for the free pass. What I did tell him was to ignore his father, learn Spanish and a licensed trade, and hire a bunch of Mexicans to work under for him doing the dirty work.

I did my time in the military back in the late ‘70s and early ‘80s, which was not the most auspicious time to serve (Desert One, anyone?), but it got better under Reagan, though you could tell by the early days of DIE in the ‘80s that the writing was on the wall. Then it went straight to Hell under Clinton, and while there was something of a plateau under Bush, there was nevertheless a clear trend that said that serving in the military these days is a fools errand for a WEM.

Dieter Kief
PS Modern societies are complex beasts. On an individual level you can try to fight them by reducing complexity. Like turning offf the internet. - No necesssarily bad move, hehe.